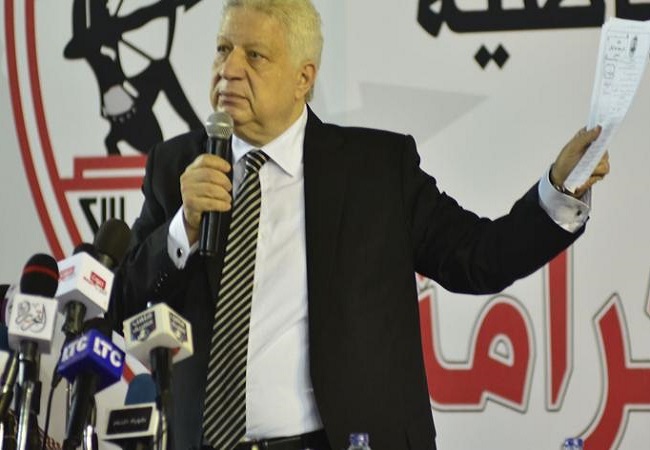 Zamalek have been struggling to reach an agreement with several of their key players this summer. As it is, the White Knights could lose the sevices of Achraf Bencharki, Mohamed Abou-Gabal, and Tarek Hamed.

In order to know who are still with the club, the club President Mortada Mansour gave them until Thursday 3 March, between 12 and 2pm to make a final decision.

As the deadline passed, Mansour lists which players approached to ask for a new contract.

“The players who want to renew were contacted. And they are as follows : Tarek Hamed asked me and I told him ‘I’m waiting for you’, god willing. Mohamed Abou-Gabal told me that his brother is coming from Assiut. And he told me that he would sit down to finish the final details.” Mansour said on his YouTube channel.

“Hazem Emam said that he would come tonight (Thursday) with his father to sign, and for Omar El-Said, has no problem.

“Achraf Bencharki asked for two hours to talks with his brother to make a final decision. If he has the intention to sign, he will. RazaCk Cissé didn’t know the about the deadline because he speaks French. And we are looking for someone to talk with him. This is the group that spoke to us. And some of them came to the club.

“God willing, next Saturday I will tell the people who signed and who did not renew, who was misleading the fans and who was faithful.

“In order for the fans to know that whoever will sign with us, we will treat him with the utmost respect. As for the ones who want to make a show, let them do whatever they want.” Concluded the President.