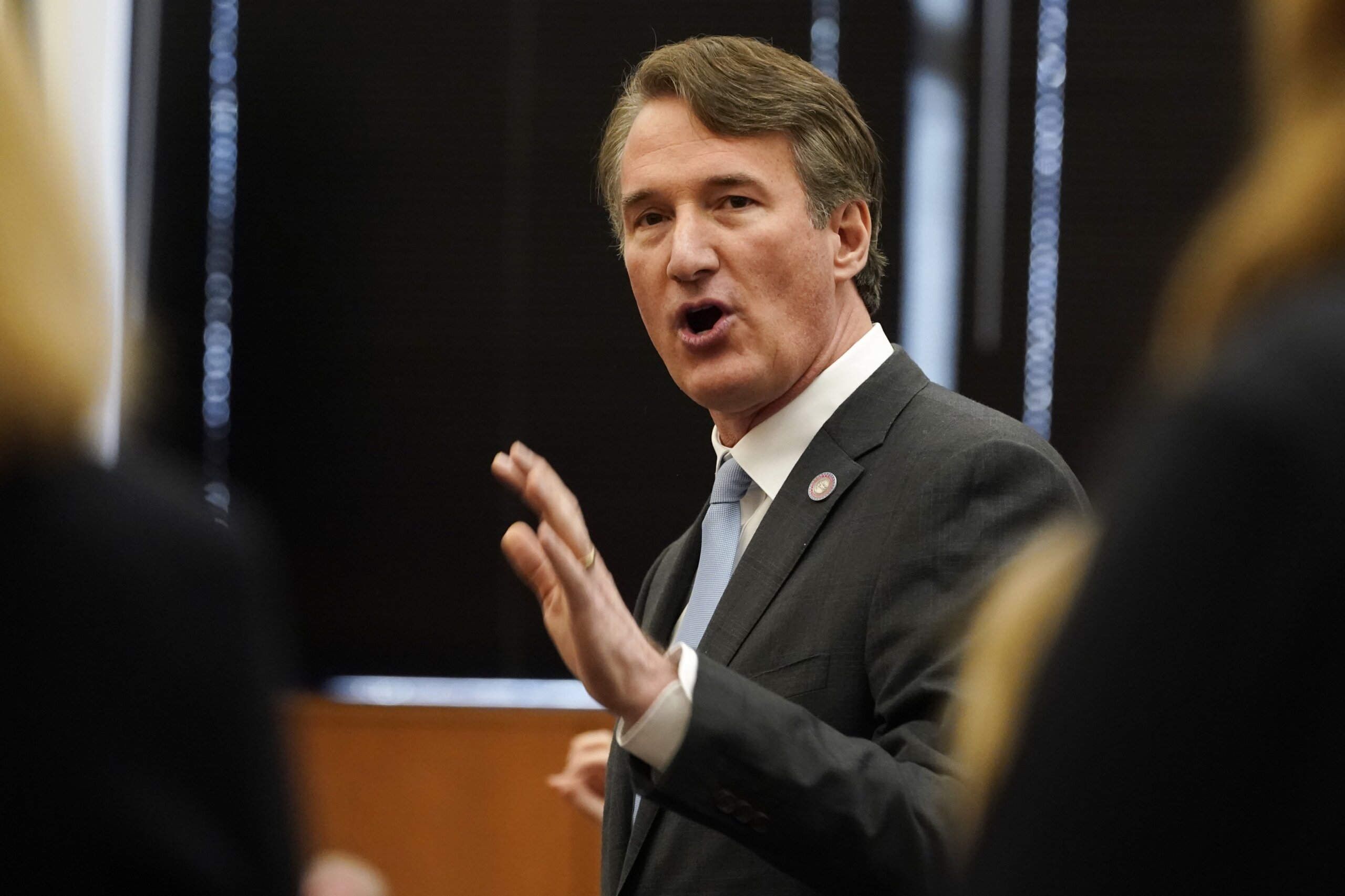 Warning of hospitals and other health providers facing “an urgent staffing crisis,” the Republican governors of Virginia and West Virginia on Monday asked the Biden administration for a limited waiver to the federal vaccine mandate for health care workers.

CHARLESTON, W.Va. (AP) — Warning of hospitals and other health providers facing “an urgent staffing crisis,” the Republican governors of Virginia and West Virginia on Monday asked the Biden administration for a limited waiver to the federal vaccine mandate for health care workers.

The U.S. Supreme Court recently ruled the federal government can proceed with the rule, which covers most health care workers in the U.S. Virginia Gov. Glenn Youngkin and West Virginia Gov. Jim Justice acknowledged in a letter Monday that the legal process had left the rule in place but asked for “relief” for rural and state-run facilities.

The governors proposed such relief could come in multiple forms, such as broader conscience exemptions, flexibility on enforcement or a six-month delay in implementation. Without such flexibility, they wrote, the rule will compound existing staffing shortages.

“The impact in Southwest Virginia and throughout West Virginia will be particularly acute. In these rural areas, access to lifesaving care could be threatened and we may displace a generation of healthcare professionals in a region already battling health disparities,” the letter said.

It was sent Monday to Chiquita Brooks-LaSure, administrator of the Centers for Medicare and Medicaid Services. CMS did not immediately respond to a request for comment.

Justice said at a COVID-19 briefing Monday that while the mandate can be met at hospitals in more populated areas, “it is putting an additional level of strain on our rural hospitals that is just destroying us.”

Justice, who has been a constant bullhorn for vaccinations since the start of the pandemic, announced in December that West Virginia will use $48 million in federal stimulus funding to aggressively recruit and train nurses over the next four years.

The National Guard has also responded to the staffing shortage by sending hundreds of trained members to help at dozens of hospitals along with some long-term nursing and psychiatric facilities.

“We can’t afford to lose anybody. We can’t absolutely afford to be firing people,” Justice said. “We should be respectful of their values. But we should encourage them in every way to be vaccinated. Nevertheless, we can’t shut the hospital down. That’s all there is to it.” he said.

Justice also said Monday he has not received a “substantive” response from the CDC on his request from early January for West Virginians to receive a second booster shot.

About 52% of West Virginia residents are fully vaccinated against the virus and about 61% have received at least one dose. West Virginia has seen the five highest confirmed weekly virus cases during the pandemic in the past five weeks, including nearly 17,700 last week, according to state health figures.

In addition, a record 1,700 people are currently hospitalized for the virus, 69.1% of whom are unvaccinated.

Overall vaccination rates are higher in Virginia, where about 79.1% of the population has received at least one dose and 68.8% are fully vaccinated. The commonwealth has also broken case count and hospitalization records during the latest surge due to the highly contagious omicron variant.

Youngkin, who was sworn in earlier this month, is also a vocal advocate for vaccination efforts, though he opposes vaccine and mask mandates.

He was scheduled to meet Monday afternoon with officials from Ballad Health — a system that serves a swath of northeast Tennessee, southwest Virginia, northwest North Carolina and southeast Kentucky — at a hospital in Abingdon. A spokesperson said he planned to discuss the letter with staff there.

Ballad CEO Alan Levine, who has been advising Youngkin on Virginia’s pandemic response, has previously been outspoken about staffing concerns arising from the mandate.

Last week, the health system said it would allow workers who had tested positive for COVID-19 but were asymptomatic to keep working under certain circumstances.

It is taking effect first in jurisdictions that did not challenge the requirement in court. Virginia, which until mid-January was under Democratic control, is among them.