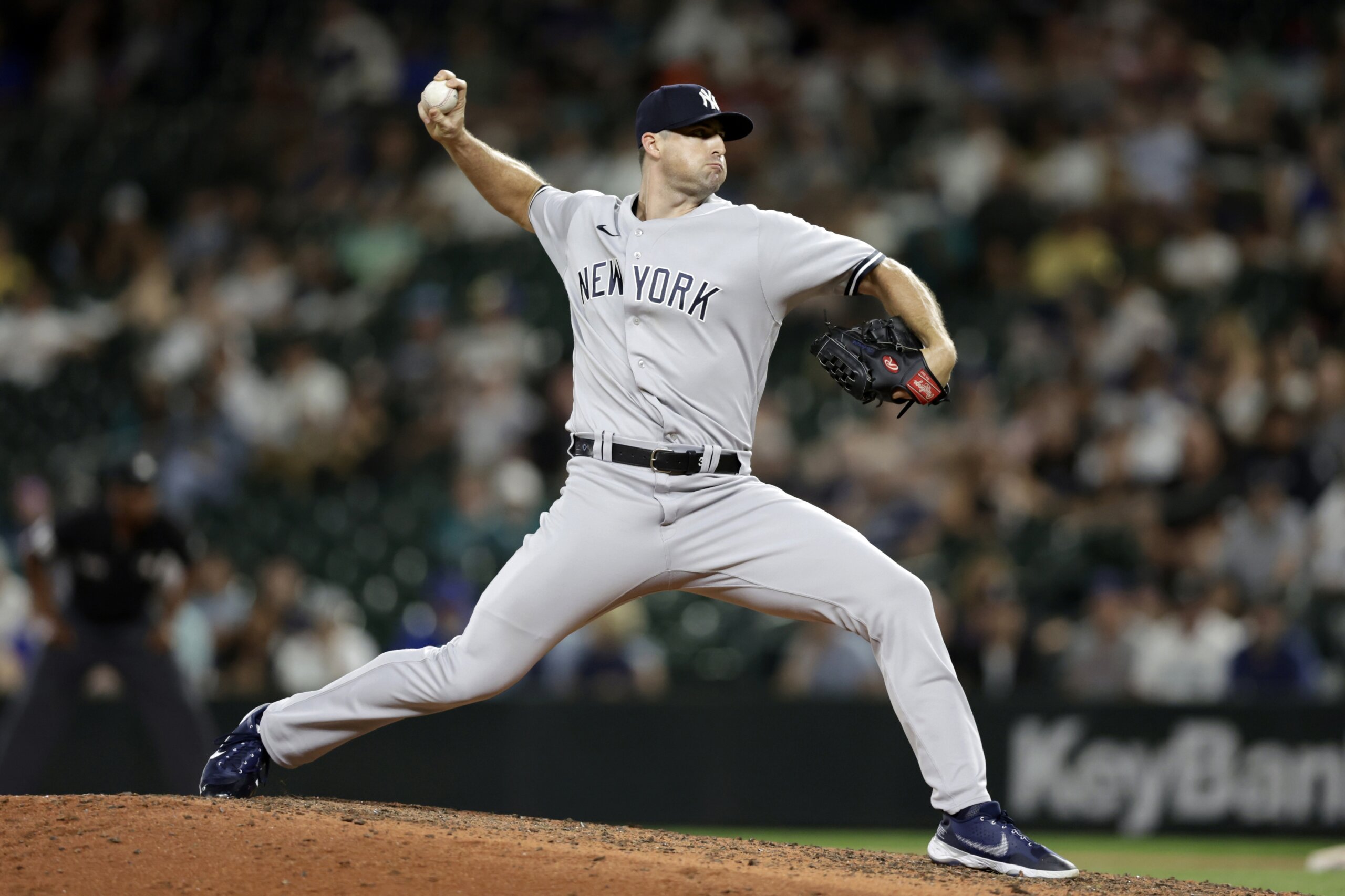 NEW YORK (AP) — The New York Yankees placed All-Star closer Clay Holmes on the injured list Wednesday because of back soreness, part of a flurry of moves for the struggling AL East leaders.

The Yankees had dropped 11 of 13 heading into Wednesday night’s game against Tampa Bay.

Following a 3-1 loss to the Rays on Tuesday, Holmes said he is experiencing some back tightness.

“There’s some stuff going on with my back and we’re just trying to figure out the best way to go about it,” he said.

The 29-year-old Holmes said his back locked up after his last outing, when he allowed a tying RBI single to J.D. Martinez on Friday night in Boston. His back tightened up again when he tried to throw Tuesday.

“The smartest and best way to go about it is maybe to give it a break,” Holmes said. “We’ll see. We’ll play it smart and not try to push it through something that maybe could be a lot worse.”

Cabrera started at third base and Florial was in center field on Wednesday. The 23-year-old Cabrera hit .262 with eight homers and 29 RBIs at Triple-A, and Florial batted .286 with 14 homers and 39 RBIs in 89 games for Scranton/Wilkes-Barre.