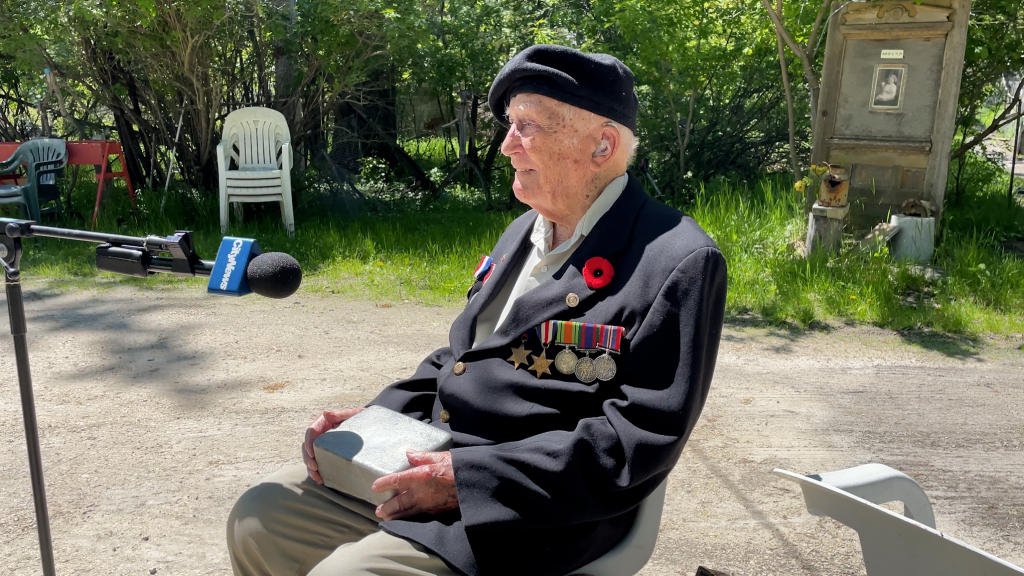 Monday marks the 78th anniversary of the historic D-Day operation – when Allied forces stormed the beaches of Normandy in Nazi-occupied France during World War II.

CityNews spoke to a Winnipeg veteran who was there on that day.

“I want to make sure that people remember the tremendous sacrifice.”

When Veteran Len Van Roon was 20-years-old in 1941, he was conscripted into the military. He didn’t want to go.

“I knew it was a job that had to be done,” he explained.

Van Roon, who is now 100-years-old, grew up on a poultry farm in Manitoba. He left his mom and girlfriend behind when he went to war.

At the time, he never thought he would be away from home for four years. During his time in the military, he wrote 1,200 letters to his girlfriend, Verna, who eventually became his wife of 64 years.

She has passed away, but Len still has every single letter he wrote to her during the war.

“The bride-to-be to wait almost four years is just unbelievable,” said Van Roon. “She was just a beautiful person.”

Van Roon was among the thousands of soldiers who stormed the beaches of Normandy on June 6, 1944. He showed CityNews his artifacts from his time in the war, including the boots he wore on D-Day – a day he will never forget.

“It was pretty nasty on the approach, but luckily, a big wave came along and pulled the landing craft back and we went head first into the water. They were firing at us, so you take what you could get,” he explained.

Van Roon was one of the fortunate ones. He survived and was able to go home to his family and bride-to-be after the war, but many weren’t as lucky.

“I want to make sure that people remember the tremendous sacrifice. The casualties were pretty awful, and it was something that had to be done. You were given the job and that’s what I tried to do.”