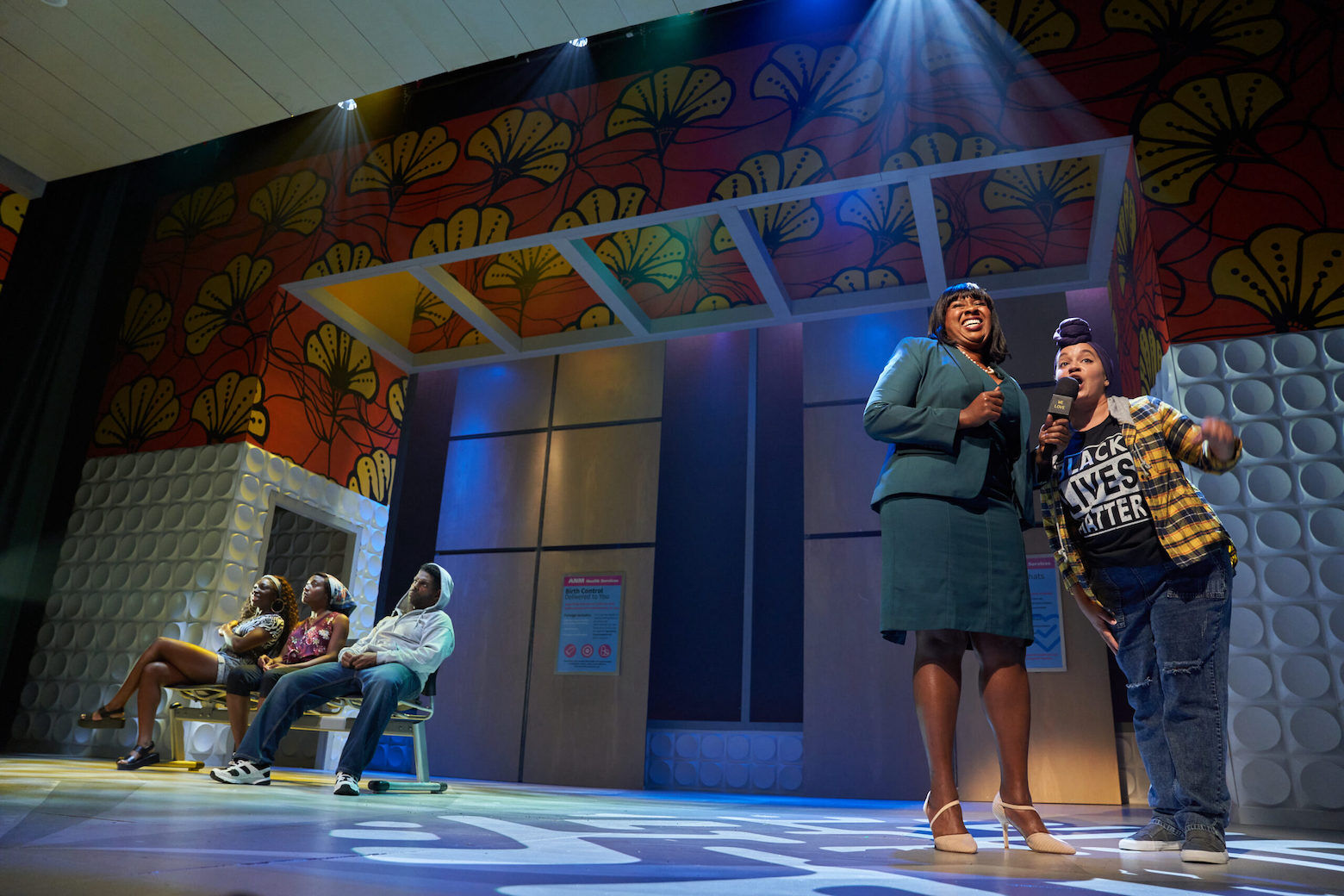 After winning Broadway’s Tony Award for Best Musical with “A Strange Loop,” Woolly Mammoth Theatre Company in D.C. is back with “Ain’t No Mo” running now through Oct. 9.

After winning Broadway’s Tony Award for Best Musical with “A Strange Loop,” Woolly Mammoth Theatre Company in D.C. is back with “Ain’t No Mo” running now through Oct. 9.

“It’s a really joyful time to be at Woolly Mammoth,” Actor Jon Hudson Odom told WTOP. “After the pandemic, everyone was really excited to get back in the theater and share in the community space again. ‘A Strange Loop’ was a fantastic way to remind people of Woolly Mammoth’s power in D.C., the art it creates and the stories it hopes to tell.”

Written by Jordan E. Cooper, the story follows African American Airlines Flight 1619, which was the year that the first enslaved Africans arrived in Jamestown, Virginia. The pilot of the plane is none other than former President Barack Obama, whose election opens the play. Those who stay in the country are transmogrified into white people in a reverse “Get Out.”

“It’s a mass exodus of all Black people in America being sent back to Africa,” Odom said. “It’s kind of the sister play to George C. Wolfe’s ‘Colored Museum,’ so there’s a bunch of sketches that when put together make this beautiful tapestry. Some are comedic, others are more dramatic in nature. It’s a celebration and indictment for the Black community.”

Odom plays Peaches, the “larger than life, fabulous flight attendant. Most of my time on stage is spent alone monologuing. … She’s described as having the ultimate freedom, representing the queer community and is able to speak her mind, has the most control and power. She’s also the gatekeeper, the only one that talks to the powers that be.”

Director Lili-Anne Brown stages the colorful set like an airport terminal, which transforms into an abortion clinic, a church and a wealthy home. “There was no plane in the script, but toward the last couple days of tech, I walked on stage like, ‘What’s that big ass plane doing back there, guys?’ … It was a last-minute inspiration by the scenic designer.”

The story is timely amid the Black Lives Matter movement.

“It’s a story for everyone, but particularly for the Black community to both uplift our voices and look back in a call to arms…” Odom said. “Being African-American, that hyphen in the middle makes us the adopted children of America. After the Trump election, there was the question of: Do we need to get out of here?”

Listen to our full conversation here.