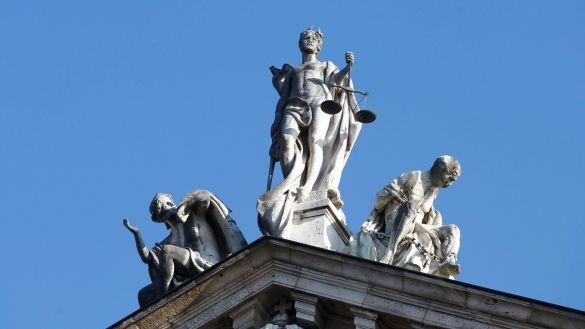 A jury has found Barbie Kardashian guilty of seven counts of threatening to kill or cause serious harm to her mother on Monday following her trial at Limerick Circuit Court.

Kardashian (20) of no fixed abode, had pleaded not guilty to all seven counts, that she made threats to kill her mother Maria Luque, at Coovagh House, Limerick, on dates in 2020.

The jury returned unanimous not guilty verdicts in respect of four other counts, which were also denied, that Kardashian had threatened to kill or cause serious harm to Michael Mannix, a social care worker, at Coovagh House, Limerick, on dates between 2019 and 2020.

The jury retired last Friday and had been sent home for the weekend, returned their verdicts this lunchtime, after deliberation on the eleven counts for over four hours.

The four-day trial heard Kardashian had been diagnosed with a narcissistic personality disorder and that she would say shocking things to gain attention, and that she made the alleged threats while she was a resident at Coovagh House, a secure unit for children aged between 11 and 17 with serious behavioral difficulties.

Her residency at the unit had been extended beyond her 18th birthday by a High Court order, it was heard.

The jury was told the accused was born a male but identifies as female, changed her birth name and birth cert, and that she was in receipt of a gender recognition certificate.

Judge Tom O’Donnell, presiding, ordered a psychological assessment as well as a probation report and remanded Kardashian in custody to appear before Limerick Circuit Court for sentencing in July.