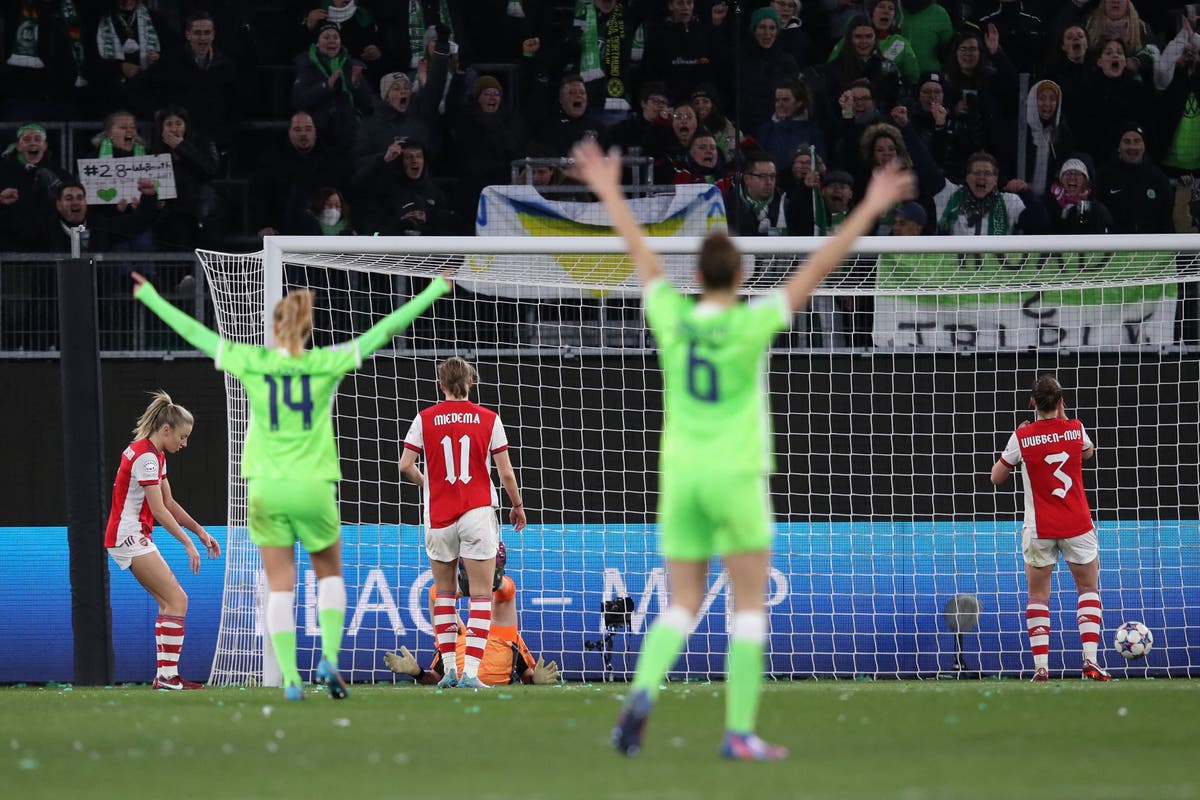 Thanks for joining us for this quarter-final tie, which Arsenal came out second best in as Wolfsburg earned a 2-0 victory.

Arsenal are out of the Women’s Champions League at the quarter-final stage!

Wolfsburg go on to face Barcelona in the last four…

90+1 mins: Four minutes added on with the hosts on the attack, but Huth is offside as she attempts to convert from a tight angle.

89 mins: A BIG penalty appeal for Arsenal as Parris is downed by Schult in the area, with replays showing she has a good case!

88 mins: Typically for Arsenal, a dangerous corner pops up invitingly in the home team’s box – but with no one there to take advantage.

85 mins: All comfortable now for Wolfsburg, who can save Oberdorf from a potential booking and semi-final ban by replacing the midfielder with Blomqvist.

81 mins: Wolfsburg have their tails up in search of a third as Pajor looks for a chance in the area, before Oberdorf’s long-range hit is saved comfortably.

78 mins: Wolfsburg swap out Jonsdottir for Pajor, what a performance from the 20-year-old Icelandic winger. Full of threat.

Twice Arsenal hit the woodwork! A corner is headed onto the crossbar before the rebound is somehow diverted onto the post by Schult!