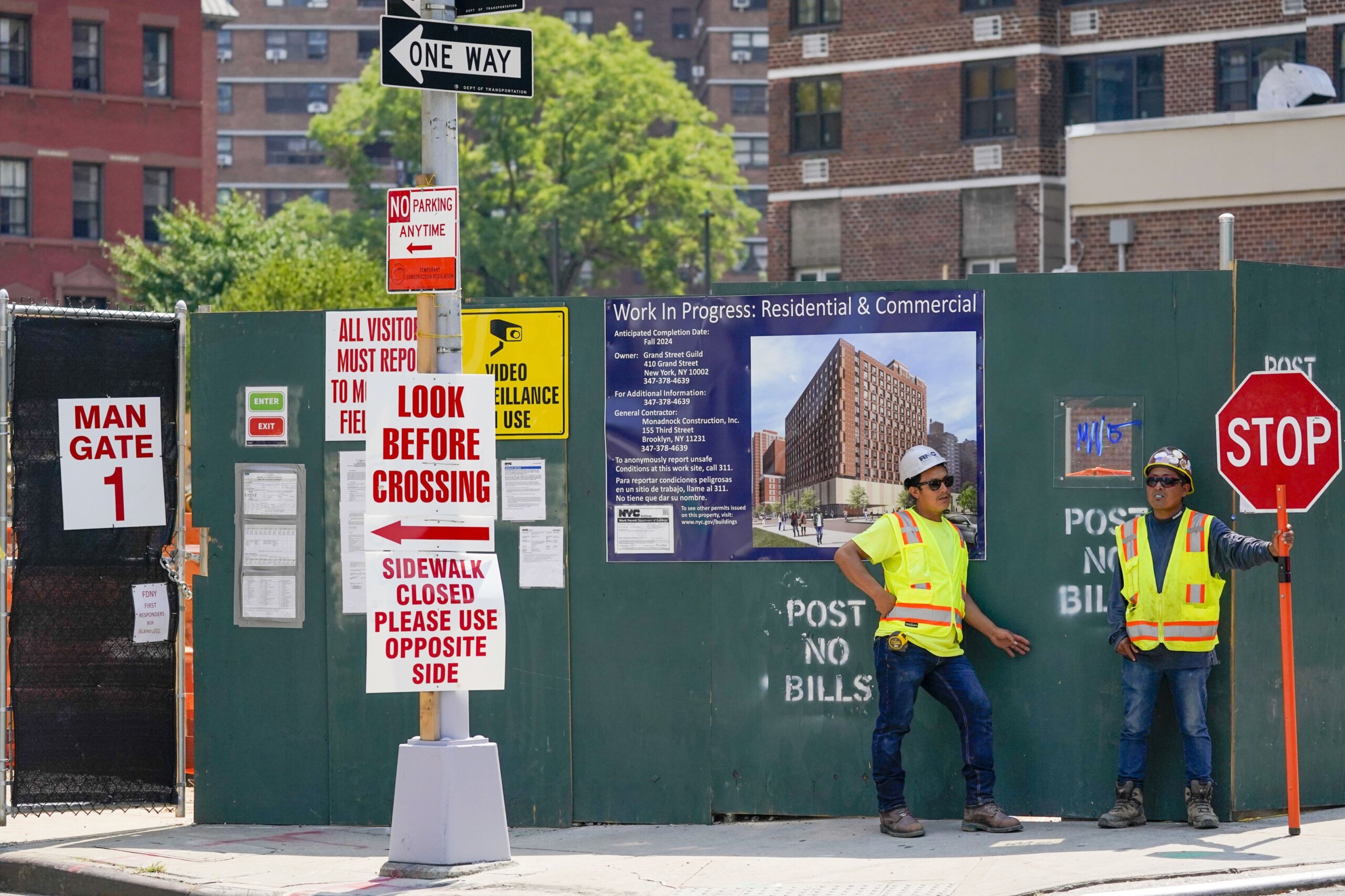 But now, cracks have begun to show in one of the nation’s pillars of economic strength. Job openings are down, and the number of Americans signing up for unemployment benefits is up.

“When we look across the labor market, we are seeing broad indications of cracks beginning to show,’’ said Sarah House, senior economist at Wells Fargo. “Overall conditions aren’t nearly as strong as what we were seeing three to six months ago.’’

The Labor Department reports on Friday how many jobs were created in July and whether the super-low U.S. unemployment rate has begun to tick higher.

Forecasters, on average, expect the economy to have picked up another 250,000 jobs last month, according to a survey by the data firm FactSet. That would be a solid number in normal times but would mark a big deceleration for 2022: Employers have been hiring an average 457,000 workers a month so far this year.

The unemployment rate is expected to remain at 3.6% — just off a 50-year low — for the fifth consecutive month.

There are, of course, political implications in the numbers being released Friday: Rising prices and the risk of recession are likely to weigh on voters in November’s midterm elections, potentially making it tougher for President Joe Biden’s Democrats to maintain control of Congress.

The economic backdrop is troubling: Gross domestic product — the broadest measure of economic output — fell in both the first and second quarters; consecutive GDP drops is one definition of a recession. And inflation is roaring at a 40-year high.

The resiliency of the current labor market, especially the low jobless rate — is the biggest reason most economists don’t believe a downturn has started yet, though they increasingly fear that one is on the way. History isn’t entirely reassuring: The unemployment rate was even lower — 3.5% — when an 11-month recession began in December 1969.

Recession is not an American problem alone.

In the United Kingdom, the Bank of England on Thursday projected that the world’s fifth-largest economy would slide into recession by the end of the year.

Russia’s war in Ukraine has darkened the outlook across Europe. The conflict has made energy supplies scarce and driven prices higher. European countries are bracing for the possibility that Moscow will keep reducing — and perhaps completely cut off — flows of natural gas, used to power factories, generate electricity and keep homes warm in winter.

If Europeans can’t store enough gas for the cold months, rationing may be required by industry.

Economies have been on a wild ride since COVID-19 hit in early 2020.

The pandemic brought economic life to a near standstill as companies shut down and consumers stayed home. In March and April 2020, American employers slashed a staggering 22 million jobs and the economy plunged into a deep, two-month recession.

But massive government aid — and the Federal Reserve’s decision to slash interest rates and pour money into financial markets — fueled a surprisingly quick recovery. Caught off guard by the strength of the rebound, factories, shops, ports and freight yards were overwhelmed with orders and scrambled to bring back the workers they furloughed when COVID hit.

The result has been shortages of workers and supplies, delayed shipments — and rising prices. In the United States, inflation has been rising steadily for more than a year. In June, consumer prices jumped 9.1% from a year earlier — the biggest increase since 1981.

The Fed underestimated inflation’s resurgence, thinking prices were rising because of temporary supply chain bottlenecks. It has since acknowledged that the current spate of inflation is not, as it was once referred to, “ transitory.”

Now the central bank is responding aggressively. It has raised its benchmark short-term interest rate four times this year, and more rate hikes are ahead.

The labor market is showing other signs of wobbliness.

The Labor Department reported Tuesday that employers posted 10.7 million job openings in June — a healthy number but the lowest since September.

And the four-week average number of Americans signing up for unemployment benefits — a proxy for layoffs that smooths out week-to-week swings — rose last week to the highest level since November, though the numbers may have been exaggerated by seasonal factors.

Friday’s jobs report comes at a critical moment for President Biden, who has maintained that the economy is merely slowing down rather than heading into a recession. Inflation has dogged public support for Biden, yet the administration has stressed that the 3.6% unemployment rate and solid job gains are signs of a healthy economy.

White House press secretary Karine Jean-Pierre said the administration expects the pace of hiring to fall further in the coming months because the unemployment rate is already near historic lows and fewer potential workers are available.

A slower pace of hiring and reduced levels of wage growth could also suggest that inflationary pressures are easing, but it has the White House attempting to convince the American public that less growth is a positive at a moment when Republican lawmakers are saying a recession has already started; they cite the drop in GDP over the first half of the year.

“We’re expecting it to be closer to 150,000 jobs per month,” Jean-Pierre said at Thursday’s briefing. “This kind of job growth is consistent with the lower level of unemployment numbers that we’ve been seeing.”

“We are actually looking for outright declines in hiring come the first quarter, maybe second quarter of next year,’’ she said. “As monetary policy continues to tighten, that’s going to have an effect on overall business conditions and therefore demand for workers.

“Our expectation is that the U.S. economy will slip into recession, probably at the start of the year.’’

Josh Boak in Washington and Courtney Bonnell in London contributed to this story.