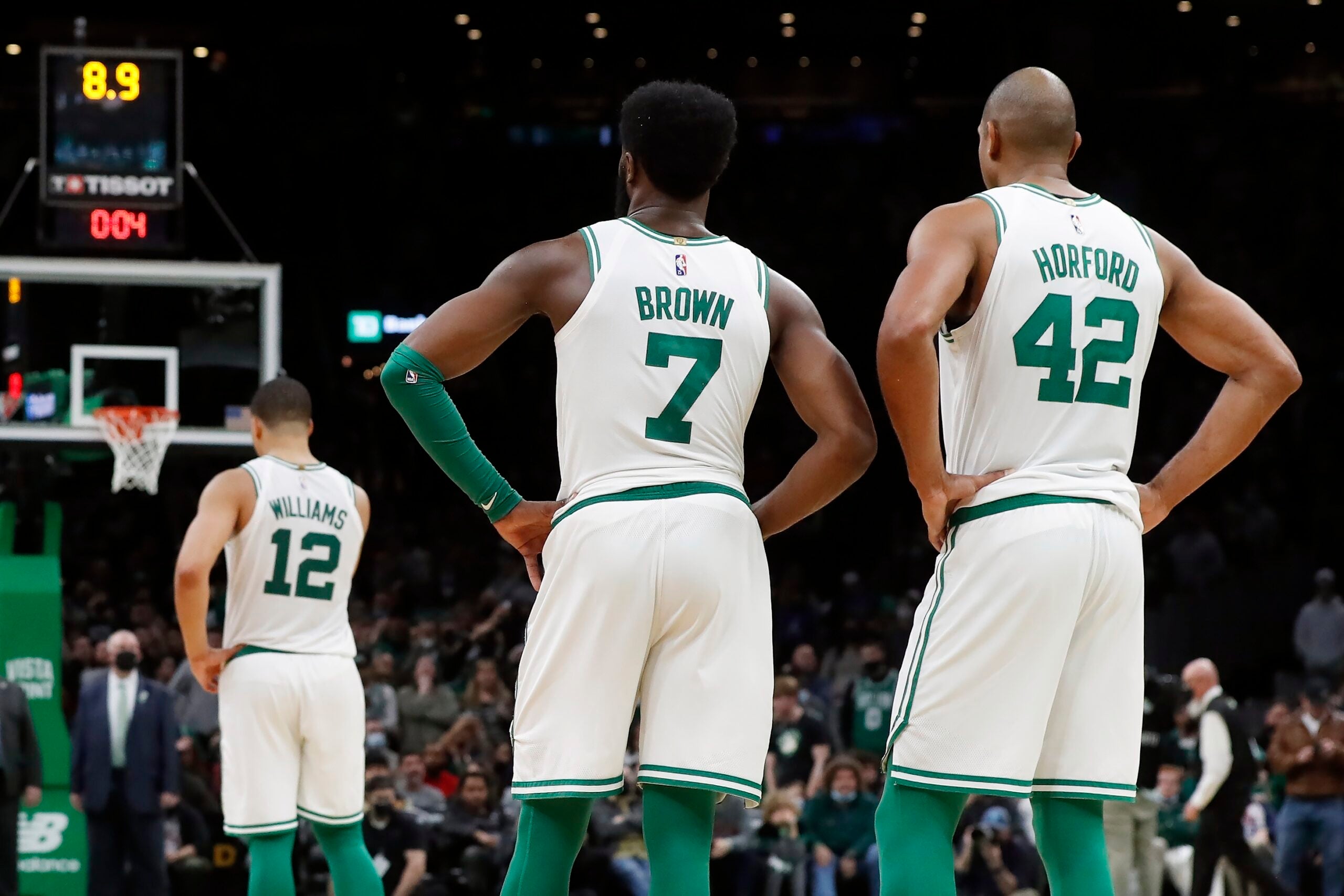 The All-Star break hit at an inopportune time for the Celtics — fresh off a nine-game winning streak in which they looked like contenders, they dropped a 112-111 loss to the Pistons on Wednesday.

Still, the conversation around the team has reversed dramatically. When they return from the All-Star break, they will have a very different set of expectations — people now seem to expect them to win rather than dread what way they will find to lose.

How will the Celtics close the season? That could depend on some combination of these five questions.

Can the Celtics keep up their fourth-quarter pace?

For the season, the Celtics have a positive net rating in every quarter except for the fourth, when they dip down to -2.1 games have generally been won in third quarters (+11.5), during which the Celtics have blown open a couple of games recently or rallied from a deficit.

Still, with (again) the exception of Wednesday, the Celtics haven’t really blown fourth-quarter leads since the winning streak began. The Celtics will have to close teams out in the postseason — not every game against a fellow Eastern Conference contender will be a historic 48-point blowout. Fourth quarters might tell us a lot about the Celtics’ chances as contenders.

Can the Celtics overtake the Warriors for the league’s best defense?

Obviously, it doesn’t much matter whether the Celtics are the best or second-best defense in the NBA — in either case, they are very good — but overtaking the Warriors would mean their defense continued on its recent upward trajectory. The Celtics have a defensive rating of 104.9 for the season which trails only the Warriors (104.6). Over the last 20 games, that number drops to a league-best 100.3 points per 100 possessions. Over the last 10, the Celtics have held opponents to 97.3.

Hanging around 97 for the rest of the season is a tall order, but the Celtics have drawn high praise for their defense in recent weeks.

Overtaking the Warriors would likely mean the Celtics’ defense at least stays consistent around the 104 level, and holding teams to 104 points per 100 possessions would win a lot of games.

Can one of Payton Pritchard or Aaron Nesmith set themselves apart?

Neither Pritchard nor Nesmith is likely to play much in the postseason, but having some reliable depth and a ninth man who could come in and get hot every once in a while would be a real luxury on the Celtics’ bench. Pritchard and/or Nesmith could start to build toward the summer and next season by finding some rhythm.

Pritchard seems like the most logical candidate given that the Celtics offloaded Dennis Schröder and Josh Richardson at the deadline. But Nesmith hit another 3-pointer against the Pistons after raining 3s against the Sixers in the closing minutes, and he has shown little flashes attacking closeouts in his brief stints. Wings are always an easy fit.

Udoka has gotten on his third unit for blowing leads at times, but not on Tuesday against the Sixers.

“I complimented the third group for the way they came in and finished playing the whole fourth quarter,” Udoka said. “The execution was great. I think Payton was great, kind of controlling that group, getting everybody involved. And so Aaron kept his hot shooting going with that third lineup. We’ve seen it go the other way at times, so it was impressive the way that group came in to play and executed.”

Can Derrick White find the range from 3?

We don’t mean to nitpick here because White has been good defensively and one of the team’s best plus/minus contributors since arriving in Boston. The trade still looks solid.

Still, White’s 3-point numbers were down this season even before the trade, but he really can’t find the range since. White’s season totals have fallen to 30.6 after going 6-for-26 in his first four games with the Celtics — he was 3-for-7 in his debut against the Nuggets but just 2-for-10 against the Hawks. He then shot 0-for-3 and 1-for-6 in the last two games.

White complements the Celtics’ best players nicely, but he would be a near-perfect fit if he could space the floor a little bit better. For now, though, his Spurs shooting numbers don’t look like a fluke.

5. Are the Celtics real contenders?

This is the 10,000-foot view version of asking “Where will the Celtics end up in the standings?” Getting home-court advantage in the first round is well within reach — after Thursday’s games, the Celtics are two games out of a three-way tie for third in the Eastern Conference and 4.5 games out of first.

The Celtics made a lot of noise before the break. If they avoid a regression and rise a little more, taking them seriously will be easier.

“Nine [wins] is done,” Udoka said. “It would’ve been nice to finish it off the right way, but we still got big things coming up.”