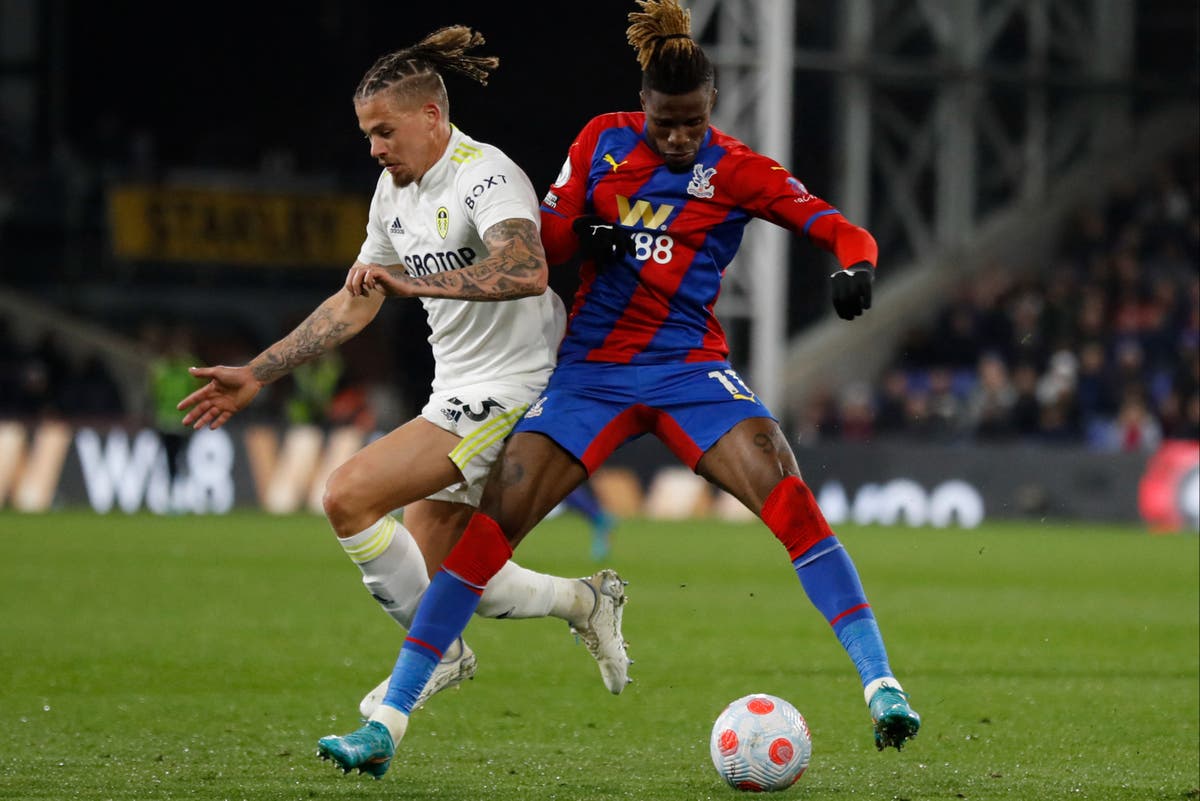 Zaha was furious with referee Darren England after Phillips and his team-mates escaped bookings despite repeatedly kicking him.

The Palace forward let his frustration boil over in the first half when he appeared to raise his hands towards Raphinha.

“He is a good player but we defended against him well as a team,” said Phillips. “The ref complained at us for fouling him but I think he dives a lot to be honest with you.”

Luke Ayling was particularly lucky to escape after two fouls on Zaha and Palace manager Patrick Vieira praised the Ivory Coast international for keeping his cool.

“I was happy Wilf kept his cool because it looked like they planned to stop him by fouling him, but I wasn’t worried,” said Vieira. “That will not be the first time teams try to frustrate him.

“I think he is used to it. But yes, I was angry. There were too many incidents.

“This is the way they play. But Wilf showed a lot of maturity and tried to concentrate on the game.”

Vieira felt Palace deserved to take all three points against Leeds. The draw moves the Eagles closer to rubber-stamping their Premier League status for another season.

“The only thing that was missing was a goal,” said Vieira.