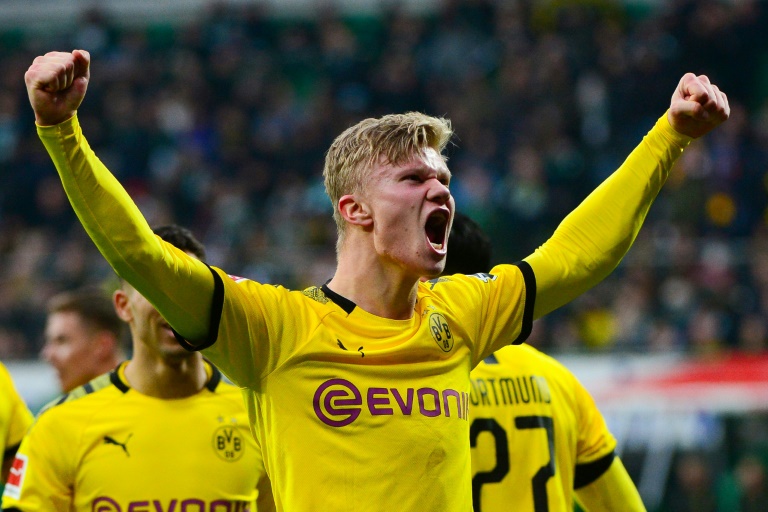 One of the biggest transfers this summer will be Erling Haaland’s move from Borussia Dortmund to Manchester City. The Norwegian’s move was confirmed this week, despite the fact that he was strongly linked with La Liga champions Real Madrid for the past several months.

Haaland’s father and his agent Mino Raiola visited Valdebebas earlier in the season, during a trip that also saw them dropping by the Camp Nou. It was believed that Haaland was keen on playing in La Liga, but Manchester City joined the race for his signature. In the past several weeks, it became a two-horse race between the Sky Blues and Los Blancos, but the latter appeared to go lukewarm in their efforts.

Indeed, City emerged as the victors. In fact, Florentino Perez never made a formal bid for Haaland despite showing clear interest. According to Marca, Real Madrid did not want to compromise another precarious transfer, that of Kylian Mbappe from PSG.

The French striker is being wooed by the Spanish giants, and they do not wish to make him feel like they are looking at other options. While the two can potentially play together in one club, Real Madrid want to make sure Mbappe knows he is the priority.

Apart from that, Real Madrid manager Carlo Ancelotti pointed out that his current squad has won La Liga and are in the UEFA Champions League final. As such, not only are they good enough, they are arguably the best he can hope for in a dressing room. The arrival of Mbappe will be a bonus no doubt, but that also means they are not desperate to bring in another star.

With the financial outlay for Mbappe’s potential arrival, Florentino Perez is also not keen on spending anything like the estimated 350 million euros that City are investing in Haaland.

Lastly, the 21-year-old is still very young, but his injuries this season could have spooked Real Madrid, who have already been dealing with the fragile legs on expensive stars like Gareth Bale and Eden Hazard for many years.