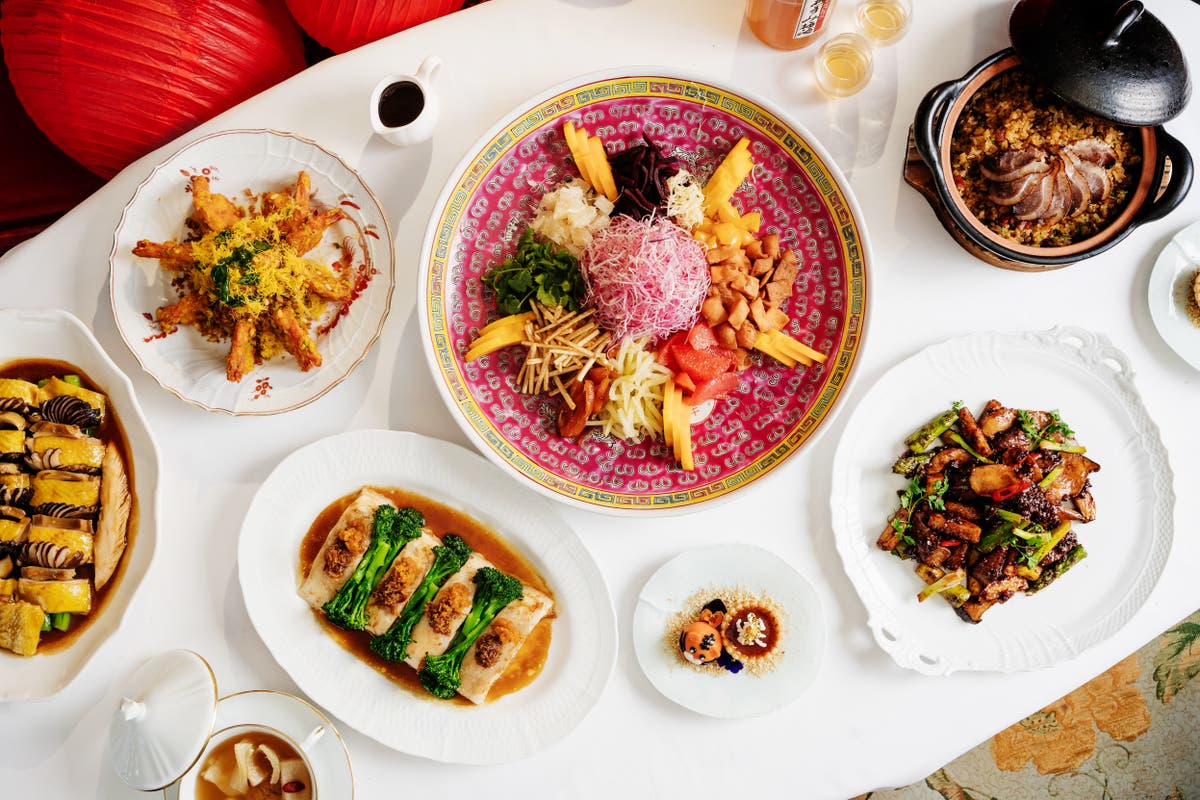 Where better to celebrate Chinese New Year than in Chinatown itself? Whether it’s the legendary soup dumplings at the suitably named Dumplings’ Legend, the Cantonese-style roasted duck at Four Seasons, the bountiful buns at BaoziInn, the sizzling sea bass at JinLi, or any of the other many, many culinary delights in this delicious enclave, you’ll be well served.

The Poon family — helmed by Bill Poon, who opened his famed, once Michelin-starred, eponymous Chinese restaurant in London back in the 1970s, now resurrected by his daughter Amy — will take over the Mortimer House kitchen for this two-night celebration. On February 9, dinner will be served around bubbling hot pots, while February 10 will see a celebration of Poon’s most famous dishes with a seven-course tasting menu.

Two Michelin-starred master Andrew Wong will launch a new Evening Menu at his Pimlico restaurant in time for Chinese New Year. Inspired by imperial banquets of the Qing dynasty, the sharing dishes will range from seared black lamb with chilli and peanuts, to cod cheek with fermented chilli and scalded Chinese chives — veggie options are available, too.

Feeling lucky? Head into any of BAO’s London locations (Soho, Fitzrovia, Borough, King’s Cross or Shoreditch) and order either a Classic or Daikon bun between January 28 and February 13, and you’ll be handed a red envelope. Inside, you’ll find a gift — from £5 to spend at their digital supermarket, to a voucher for a crate of in-house beer — with one lucky recipient set to receive a free BAO every day for 2022. Orange-and-black-striped buns will also be served up from Cafe BAO in King’s Cross and online to mark the Year of the Tiger.

Museum of the Home

A Hoxton favourite, the Museum of the Home is putting on a day of free activities to suit all ages to mark the arrival of the Lunar New Year. Make your own hand spinning drum at a creative workshop, get swept up in a live storytelling session, watch a film about Vietnamese home gardens, and more.

Specialising in that heavenly combo of Korean fried chicken and beer, Wing Wing is expanding its menu for the Lunar New Year with a limited-edition meal deal. Get six tiger-striped wings, doused in hot buldak mayonnaise dressing, with chips and a bottle of Shoju for £14.50, or swap the drink out for Aloe Vera juice to knock three quid off the price.

Since 2010, a pair of huge tiger sculptures designed by the Laboratory for Visionary Architecture have been making their way around the world, and now they’ve landed in London. Marrying the art of lantern making with contemporary design, the so-called Digital Origami Tigers will be on display at Battersea Power Station as part of the Light Festival.

This high-end Mayfair restaurant has undergone a New Year makeover, installing a wishing tree of kumquat garlands, fuschia peonies and chrysanthemums to dine beneath. The food will be equally spectacular — wok-baked lobster, dim sum, seared oysters and more will be offered as part of a traditional feasting menu.

Head up the Shard for a meal with a view at Hutong, whose Chinese New Year celebrations will consist of a five-course meal, lion dancers and a Chinese calligrapher. Tuck into a traditional Lo Hei salad before feasting on the main event, roasted Peking duck with homemade pancakes and hoisin sauce. Be sure to try the one-off cocktail, too — Don Julio Blanco, nigori sake, mandarin puree, lime juice, and pepper honey — as half of its net sales will be donated to the WWF to help protect tigers in the wild.