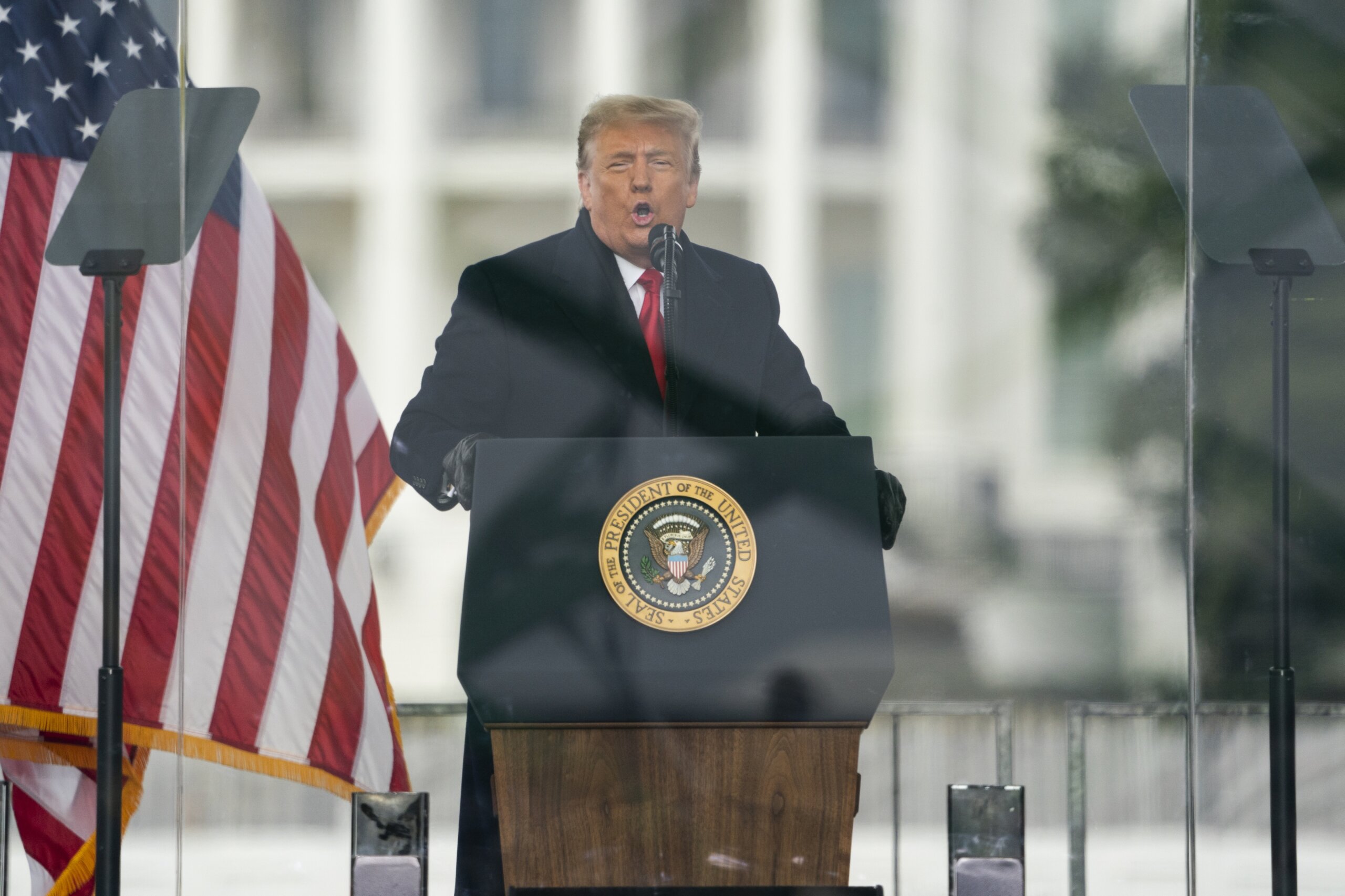 WASHINGTON (AP) — Members of the House committee investigating the events of Jan. 6 will hold their first prime-time hearing…

WASHINGTON (AP) — Members of the House committee investigating the events of Jan. 6 will hold their first prime-time hearing Thursday to share what they have uncovered about then-President Donald Trump’s efforts to overturn the results of the 2020 election, which culminated in the deadly storming of the U.S. Capitol. Part of their mission: determining Trump’s actions that day.

Much is already known about where Trump was, what he said, and how he reacted. But large gaps remain. What we know:

The day began, as they often did, with calls and angry tweets. As Vice President Mike Pence prepared to preside over a joint session of Congress to count the electoral votes that would formalize Democrat Joe Biden’s win, Trump continued to apply public pressure. He demanded that Pence reject the results by invoking powers that Pence had made clear to the president he did not possess.

“States want to correct their votes, which they now know were based on irregularities and fraud, plus corrupt process never received legislative approval,” Trump falsely claimed at 8:17 a.m. “All Mike Pence has to do is send them back to the States, AND WE WIN,” he added. “Do it Mike, this is a time for extreme courage!”

Trump continued to repeat his unfounded claims of widespread voter fraud as thousands of his supporters gathered for a “Save America March” rally on the Ellipse outside the White House organized to pressure Republicans in Congress to reject the democratic vote — a move that would have thrown the country into an unprecedented constitutional crisis.

“The States want to redo their votes. They found out they voted on a FRAUD. Legislatures never approved. Let them do it. BE STRONG!” he urged.

By then, the rally was already underway.

“If Mike Pence does the right thing we win the election,” he falsely declared from behind a wall of protective glass, telling his supporters, “We fight like hell, and if you don’t fight like hell, you’re not going to have a country anymore.” He told them he planned to join them on their planned marched to the Capitol, adding that “you’ll never take back our country with weakness.”

As Trump spoke, Pence released a public letter formally laying out his position in defiance of the president. “It is my considered judgment that my oath to support and defend the Constitution constrains me from claiming unilateral authority to determine which electoral votes should be counted and which should not,” he wrote.

‘THIS IS WRONG AND NOT WHO WE ARE’

As Trump was returning to the White House, the situation at the Capitol was deteriorating. At 1:49 p.m., D.C. police officially declared a riot. And by 2:15 p.m. Pence and members of Congress were rushed into hiding as the rioters breached the building.

“This is wrong and not who we are,” tweeted the president’s eldest son, Donald Trump Jr., who had spoken at the rally, at 2:17 p.m. “Be peaceful and use your 1st Amendment rights, but don’t start acting like the other side. We have a country to save and this doesn’t help anyone.”

His father, however, took a different tone.

“Mike Pence didn’t have the courage to do what should have been done to protect our Country and our Constitution, giving States a chance to certify a corrected set of facts, not the fraudulent or inaccurate ones which they were asked to previously certify,” Trump tweeted at 2:24 p.m. “USA demands the truth!

Around 2:40 p.m., as images of protesters marching through the building’s gilded hallways flooded TV screens throughout the West Wing, Trump sent a tweet urging the rioters to stay peaceful.

It remains unclear exactly when it happened, but at some point after returning from the rally, Trump sequestered himself in the dining room off the Oval Office to watch the violence play out on TV.

“All I know about that day was that he was in the dining room, gleefully watching on his TV as he often did — ‘Look at all of the people fighting for me,’ hitting rewind, watching it again — that’s what I know,” his former press secretary Stephanie Grisham, who also served as chief of staff to first lady Melania Trump, told CNN.

Supporters frantically tried to reach the White House to urge Trump to make an appearance and ask the rioters to leave. They included his eldest son, several Fox News hosts, multiple members of Congress and former New Jersey Gov. Chris Christie, who had worked with Trump on debate preparations.

Unable to reach him directly, allies scrambled to get his attention any way they could. Some resorted to tweeting. Others appeared on TV, trying to get through.

At 3:13 p.m. Trump finally issued a tweet asking his supporters to remain peaceful, but not asking them to leave.

“I am asking for everyone at the U.S. Capitol to remain peaceful. No violence! Remember, WE are the Party of Law & Order – respect the Law and our great men and women in Blue. Thank you!” he wrote.

Congressional testimony released so far paints a picture of a chaotic scene inside the White House, with staff just as desperate as those outside the building for Trump to act. Keith Kellogg, Pence’s national security adviser, who had been in the Oval Office during Trump’s morning phone call to the vice president, testified that staff wanted Trump to take immediate action to address the violence, but that Trump had refused.

The committee has identified an almost eight-hour gap in the official White House record of Trump’s phone calls, from a little after 11 a.m. to about 7 p.m. — a time when Trump is known to have spoken with several GOP members of the House and Senate, including Rep. Jim Jordan of Ohio, Tuberville and McCarthy.

The White House was already a ghost town amid staff departures. Nonessential staff had been told they could work from home due to the potential security threat.

Finally, at 4:17 p.m., 187 minutes after the insurrection began, Trump released a video, recorded in the Rose Garden, in which he praised the rioters as “very special,” but asked them to disperse.

“I know your pain. I know your hurt. We had an election that was stolen from us,” he said. “But you have to go home now. We have to have peace.”

Multiple takes had been filmed, but, the committee said, Trump had apparently in earlier versions failed to ask rioters to leave.

The Capitol was finally secured at 5:34 p.m. and Trump was soon back to tweeting.

“These are the things and events that happen when a sacred landslide election victory is so unceremoniously & viciously stripped away from great patriots who have been badly & unfairly treated for so long. Go home with love & in peace,” he wrote at 6:01 p.m. “Remember this day forever!””

For full coverage of the Jan. 6 hearings, go to https://www.apnews.com/capitol-siege.