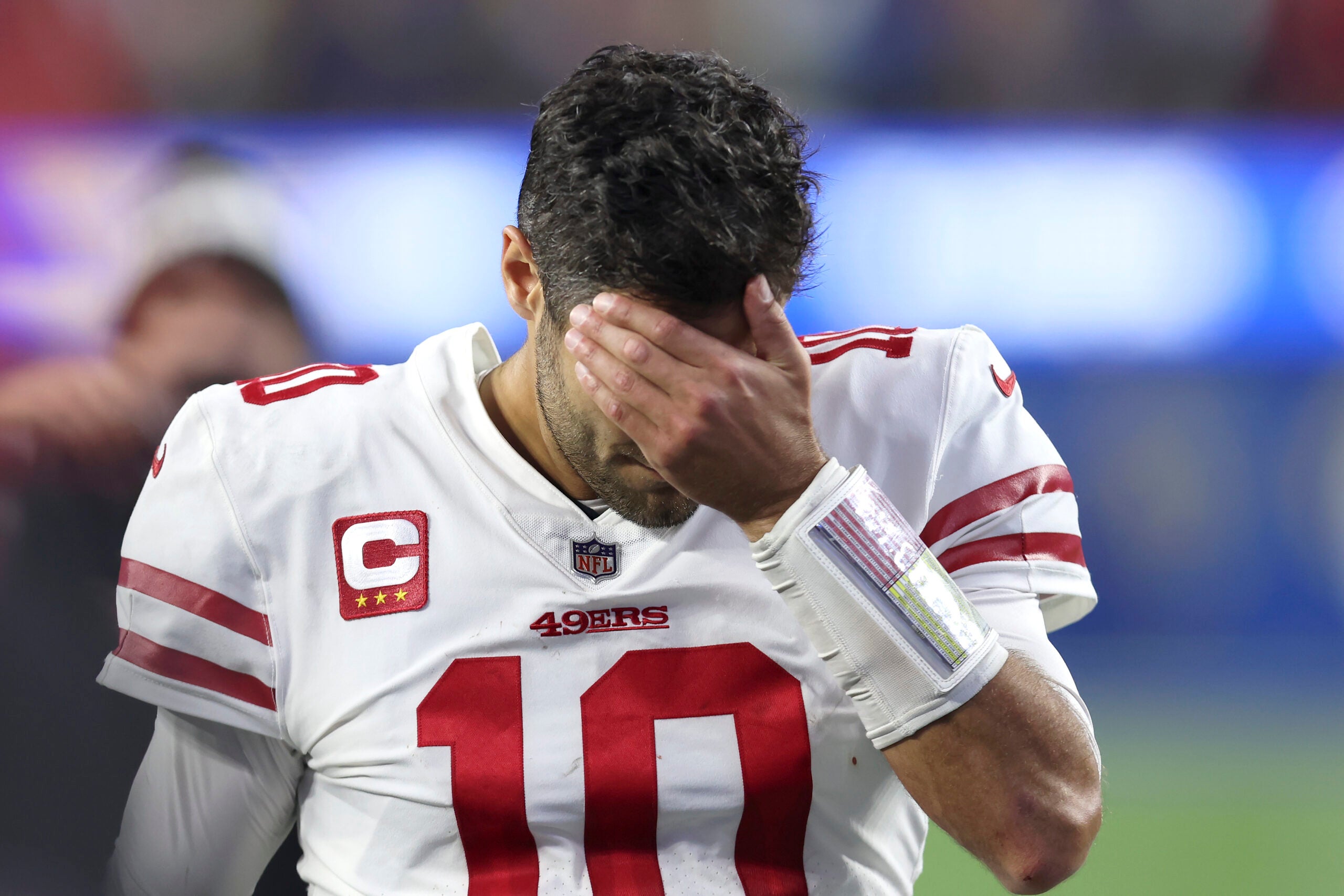 If Sunday’s NFC Championship game was the final chapter of the Jimmy Garoppolo era for the 49ers, it ended inauspiciously.

The 49ers needed a final drive to keep their seemingly improbably run alive, trailing the Rams by a field goal with just over a minute remaining. On third-and-long, Garoppolo scrambled back under pressure, and as he was dragged down, he tried to flip a pass away to JaMychal Hasty. The pass sailed over Hasty’s head, however, and Travin Howard picked it off — allowing the Rams to run out the clock.

After the game, Garoppolo was disappointed but composed.

“That’s a tough way to end it, especially just the way we battled that whole game,” he said. “We knew it was going to be a dog fight. It always is against these guys.”

Most analysts believe this is Garoppolo’s last year in San Francisco, as the 49ers look to move forward with their 2021 No. 3 pick Trey Lance. The 49ers, of course, acquired Garoppolo from the Patriots in 2017 in exchange for a second-round pick.

Garoppolo was asked if he’s given thought to the fact that Sunday’s game may have been his last with the team.

“It’s just one of those things you’ve got to be glad it happened, smile from it and think about the good things,” Garoppolo said. “We’ll see what happens in these next couple days, weeks whatever, but I love this team — just the fight and the battle in this team has been really impressive all year. I love these guys.”

Garoppolo was most emotional discussing his 49ers team that started 3-5 only to roar back into playoff contention down the stretch. Their playoff bid came down to the final game of the season, which — in a cruel twist for 49ers fans — was a 27-24 win over the Rams.

“It was a roller coaster of a year, it really was,” Garoppolo said. “But we fought through it. We were a resilient team, and that’s what good teams do: You fight through things like that and come out better on the other end from it. …

“That’s a good team. Tip your hat to the Rams, it was an emotional locker room like you’d expect. It’s a tough one.”