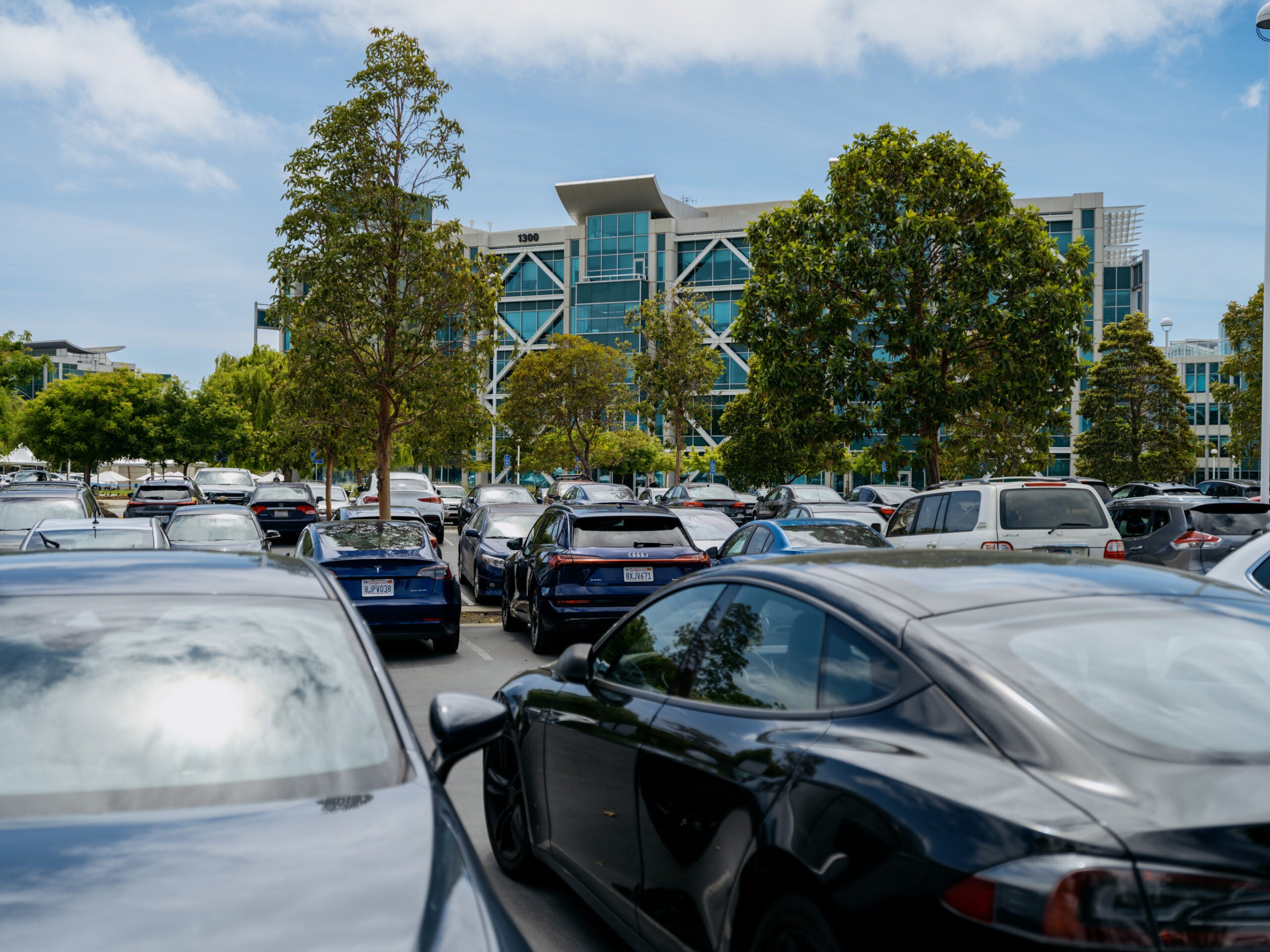 What Barrett Kime’s boss said on the recent video call was straightforward. Could members of his team at NBCUniversal show up on the few days a week that they were actually expected to be in the office?

Rebellion ensued. Kime, a senior creative director, took himself off mute. “I was talking about how it was insane to ask people to come in more often with COVID raging,” he recalled.

Other employees then jumped in to share the reasons they didn’t want to go back to the office: child care, rising gas prices, COVID-19 rates. To Kime, it marked a new phase in their return-to-office conversations.

“It’s kind of a Wizard of Oz thing,” Kime said. In other words, his team realized that there was no all-powerful being forcing their attendance; there was only a man behind a curtain (or Zoom screen). “As much as we grumbled about going back to work, we all understood that it was going to happen. But the second we started going, we realized how silly it was,” he added.

Optimism about return-to-office plans, across industries and cities, is slowly abating. When asked in early 2021 about the share of their workers who would be back in the office five days a week in the future, executives said 50%; now that percentage is down to 20, according to a recent survey from the consulting firm Gartner. Office occupancy across the country plateaued last month at around 43% as COVID cases spiked again, according to data from Kastle, a security firm.

The vast majority of Americans, particularly those in the service sector and low-wage jobs, have been working in person throughout the pandemic. But those who were able to work remotely got attached to the flexibility. In a January survey, the Pew Research Center found that 60% of workers whose jobs can be done at home wanted to work remote most or all of the time.

There’s Apple, which recently suspended its requirement that employees return to the office at least three days a week. There’s McKinsey, which intends at some point to set clearer norms around office attendance, with the goal of ensuring that people get the value of in-person collaboration, but for now is allowing individuals to set agreements with their clients and managers, according to its head of human resources.

Google postponed its return to office planned for January, and by now roughly 10% of its employees have received permission to go fully remote or relocate. Intuit had at one point considered some kind of rigid return-to-office plan for its 11,500 U.S. employees but instead allowed managers and teams to set their own expectations of which days to go in.

“Being prescriptive creates all kind of bureaucracy, because then you have to get management layers involved and it just becomes very rule-based,” said Sasan Goodarzi, the chief executive of Intuit. “We don’t believe you have to be in the office 40 hours a week, and we also don’t believe you can be all virtual.”

RTO plans have unfolded like a giant game of chicken. Executives told workers to come back to the office, then delayed their plans as COVID cases continued to spike. Business leaders accepted the uncertainty, hoping it was temporary. Until it was clear that it wasn’t. Workers got extra time at home, and extra leeway to test the rigidity of their bosses’ plans. Now some companies are expecting people back but have lost the leverage to enforce that because of the constant flux in deadlines.

“What we’ve decided to do is say, ‘What is working?’” said Joan Burke, head of human resources at DocuSign, which postponed four return-to-office dates before deciding not to require attendance for now. “Let’s learn from what’s working and put in place guardrails if we think things aren’t.”

Some executives hope that if they can get their employees to spend some time in the office, the workers will realize that they liked it more than they remembered.

Christina Ross, chief executive of Cube, a software company with 75 employees, used to consider herself a proud office acolyte. Before the pandemic she hired an engineer who lived in Texas and insisted that he move to New York for the job. She couldn’t imagine building a long-term relationship with an employee she had never met in person.

Now she calls her company “remote first.” She briefly toyed with the idea of requiring a return to Cube’s office, but decided instead to make it as enticing an option as possible. She even moved the New York location to make the commute easier for staff living in Brooklyn.

“People voted with their feet in not necessarily coming back,” Ross said. “It can be disappointing to put a lot of effort into building the office environment and then not have people come in.”

Some business leaders have taken a harder line. Elon Musk, for example, told SpaceX and Tesla employees that they would have to spend a minimum of 40 hours in the office or be fired. Many others, like Google and Microsoft, have opted for a softer tack by filling their workplaces with cold brew, snacks, tote bags and beer. But those corporate carrots have their limits, and few are willing to try out the sticks.

“It’s almost like a meme now of the 2018 office — ‘Hey we have bagels and snacks and Ping-Pong tables,’” Ross said. “That’s not a trade-off for a commute.”

Many companies are accepting the reality that requiring a return to the office could put them at odds with their peers and mean losing out on talent. In some industries, and in some areas of the country, an office-centric culture is becoming a quirk, not a norm.

Duolingo, the language learning company based in Pittsburgh, required its employees to come back three days a week; the company’s head of human resources said it was confident of hitting its hiring goals all the same. Christiana Riley, chief executive of the Americas at Deutsche Bank, said her company’s decision to require its 5,000 New York employees to be back in the office either full time or at least two days a week, depending on their role, had significance beyond the business itself in its contribution to the city’s recovery. Brown-Forman, the wine and spirits company, called most of its 950 corporate employees in Louisville, Kentucky, back to headquarters at least three days a week starting last month.

“Although Brown-Forman has not seen an exodus because of our back-to-office policies, we could,” said Eric Doninger, director of real estate and workplace strategies, explaining that the company has made its peace with the risks. “Our facilities have a role to play to build the business, to build collaboration and camaraderie.”

Other executives are insisting on a full-throated return, confident about the value of having people at their desks five days a week. Tom Siebel, chief executive of C3 AI, an 800-person artificial intelligence company, required his workers to return to the office full time last June. He said the requirement had only heightened the company’s appeal to a certain type of job applicant.

“For people who want to work at home on Zoom, there’s companies that are like that,” he said. “Go work for Facebook. Go work for Salesforce.”

Siebel said he had “the only full parking lot in Silicon Valley” and sees that as a competitive advantage. “We don’t invent rockets that land themselves by people working on Zoom calls once a week,” the chief executive added. “We have to get together in a room and get on whiteboards and fail and fail and fail until you succeed.”

But for executives who haven’t doubled down, larger questions loom over the future of their offices. Take Manny Medina, chief executive of Outreach, an artificial intelligence sales company with roughly 600 employees in Seattle, most of whom are encouraged to spend 40% of their work time in the office. From a mostly empty office, Medina said he had grown accustomed to fielding challenges from employees about the value of in-person collaboration.

Recently a junior employee attended the chief executive’s virtual office hours and said he didn’t understand why he should be required to commute when working from home allowed him to balance productivity with his social life and jujitsu training.

“I said, ‘Fair point, and you should think about what your priority is,’” Medina said. “If you want to be an MMA fighter, go do that.”

Medina has been fighting for the office for years. He was once asked to debate the chief executive of Zapier in front of thousands of people about the merits of office versus remote work. The majority of audience members voted for his opponent.

“I took the losing end of the conversation,” Medina said. “But it wasn’t like I lost in a landslide.”

That argument was in 2017. Five years later, it isn’t over. “There’s a fried chicken joint near the office that I only get when I’m in the office,” Medina added. “I can see the ocean from my office. Why wouldn’t I do that?”