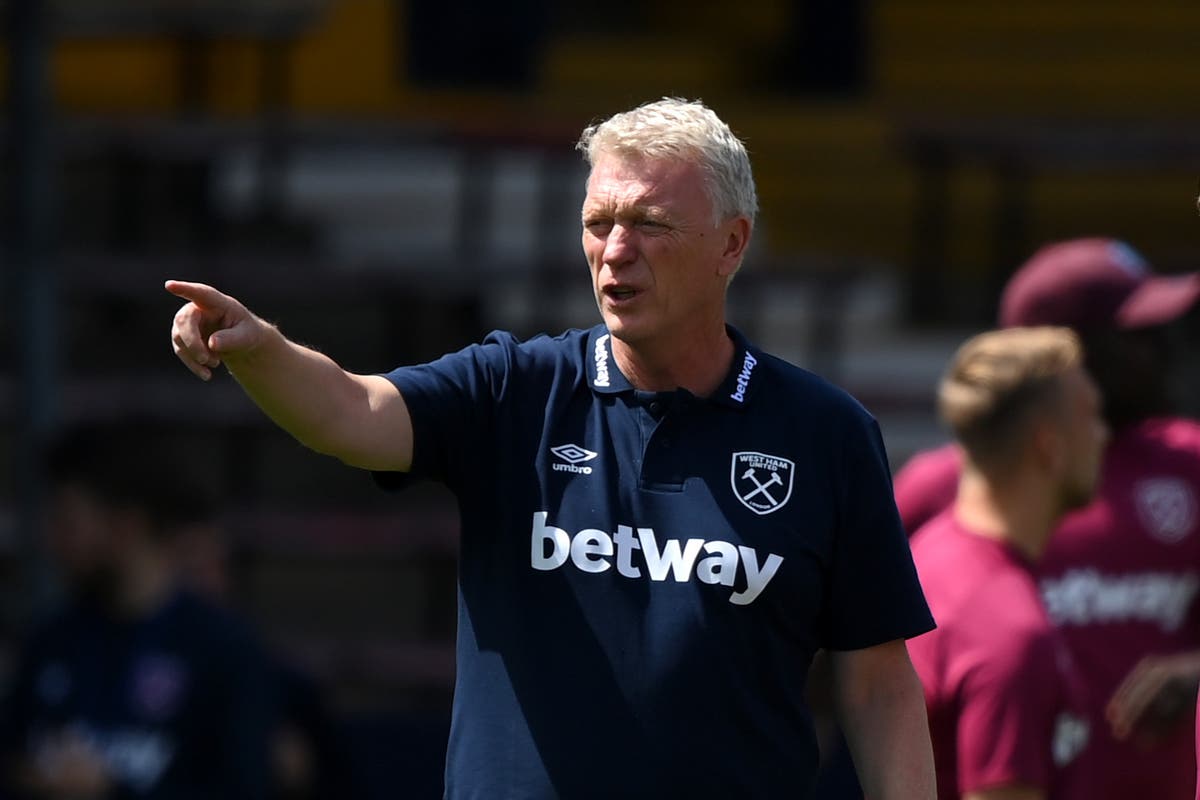 est Ham continued their middling pre-season with a 1-1 draw against Championship side Luton at Kenilworth Road.

Tomas Soucek’s header midway through the first-half looked likely to prove the only goal of a game until Sonny Bradley netted a deserved equaliser from close range in added time.

With just one friendly to come, against Lens in France next Saturday, here’s how David Moyes side are shaping up ahead of the new season…

West Ham posed very little attacking threat during the first-half but their against-the-run-of play opener showed the best of two players whose places in the side may be about to come under pressure.

Aaron Cresswell, who has looked off the pace in pre-season thus far, delivered a superb cross from the left, which Soucek did brilliantly to guide into the top corner with an unorthodox flicked header.

West Ham are in talks with Eintracht Frankfurt over a deal for wing-back Filip Kostic, who impressed in the Europa League last season and would provide competition to Cresswell (though the 32-year-old was deployed on the left of a back-three here), while a central midfielder is still on Moyes’ radar, with a bid in for Lille’s Amadou Onana.

Soucek remains firmly in Moyes’ plans despite speculation over his future but there is little doubt that the midfielder’s second full season at the London Stadium did not match the highs of the first.

The Czech international scored ten Premier League goals in 2020-21 but only half as many last term and his late run and finish under pressure offered a timely reminder of his unique threat among a central-midfield cast that is otherwise hardly prolific.

The day after West Ham agreed a fee with Sassuolo over Italy striker Gianlucca Scamacca, they served up another reminder as to why a new centre-forward has long been considered such a must this summer.

While the England international showed some nice touches dropping deep to link the play, that is not where he hurts teams – nor how he scored 17 goals last term – and West Ham missed his ability to drive up the pitch as they were at times pinned back by Luton’s press.

The experiment was abandoned at half-time, with Antonio sent on, and as a collective, the Irons immediately looked a more balanced, dynamic attacking threat.

On an individual note, however, Antonio fluffed his lines, denied by Ethan Hovarth one-on-one after being sent clean through by a fortuitous deflection.

A defensive injury crisis threatened to derail West Ham’s season last term and with the new campaign not even underway yet, Moyes’ resources are already being stretched, despite the Scot having bolstered his options this summer.

Nayef Aguerd, the marquee summer addition in the position, could miss the first month of the season after suffering an ankle injury against Rangers in midweek, while Issa Diop and Craig Dawson were both missing against the Hatters with more minor problems.

Angelo Ogbonna, meanwhile, had played for the Under-23s on Friday as his return from an ACL injury continued, leaving Kurt Zouma, who had a shaky afternoon, as the only one of Moyes’ five senior centre-backs available for the trip to Kenilworth Road.

It is not difficult, then, to see why Moyes is wary of offloading even his fifth-choice centre-half in Diop – and why a replacement will likely come in if the club’s £20million asking price for the Frenchman is met.

It is not just at centre-back where the Hammers look light.

Moyes named a strong XI here but a glance at his bench showed that for all their summer signings so far have added quality, in numerical terms this squad is currently weaker than it was last season – when it seemed a minor miracle that such a thin group got through the campaign without quite reaching breaking point.

After the Rangers defeat, Moyes spoke of his frustration at the challenge of getting deals over the line.

Of the three the club have managed so far, one player was already at the club on loan last season and another is already sidelined.

There are plenty of irons in the fire as far as an ambitious recruitment drive is concerned but with the new season now only a fortnight away – and a European qualifier meaning the fixture list is packed from the off – progress on arrivals is needed fast.