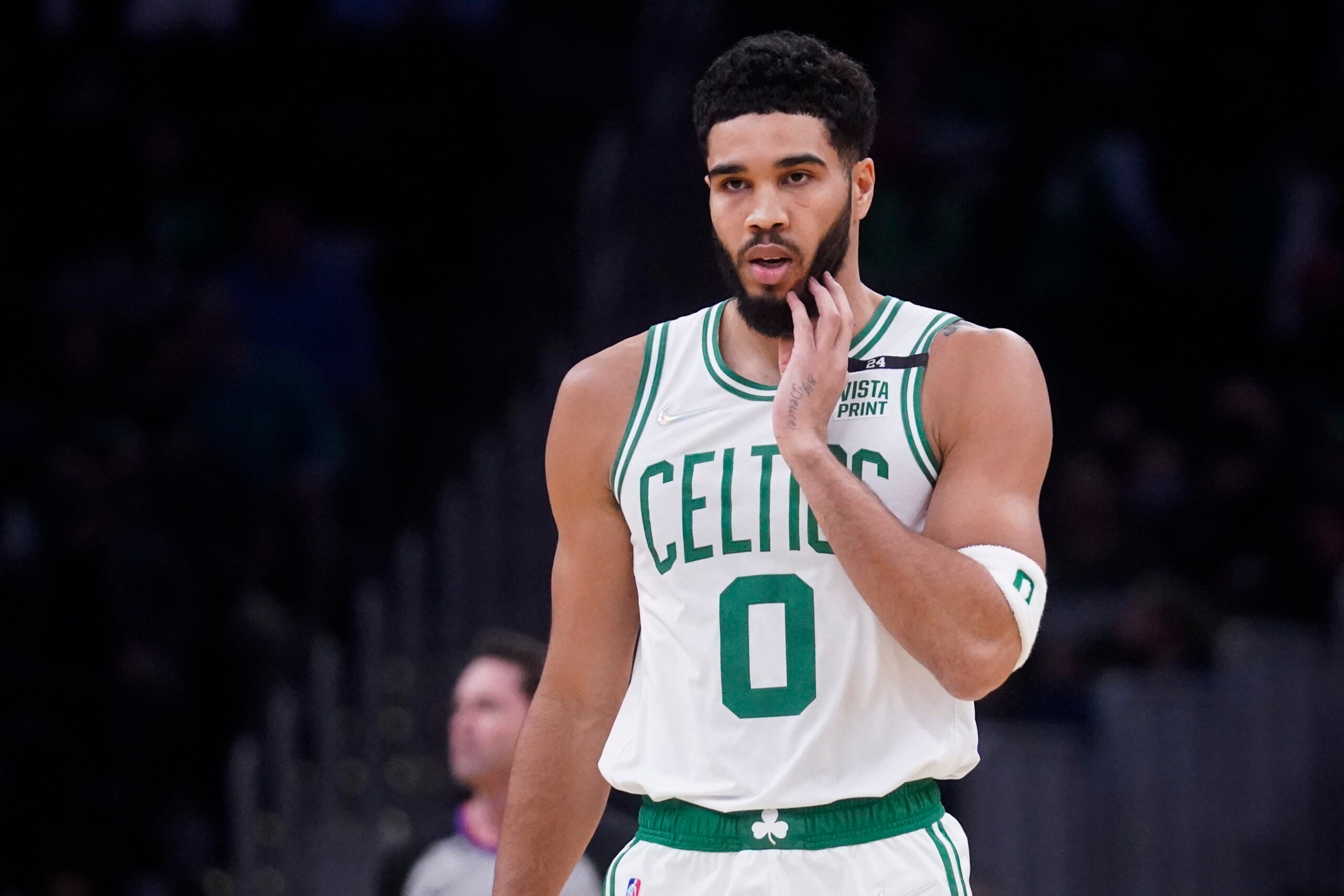 Nothing felt like a better encapsulation of the Celtics’ 2021-22 season so far than the last play of Wednesday’s loss to the below-.500 San Antonio Spurs.

Some solid defense forced an inbounds pass right into the arms of Jaylen Brown with seconds left to go and Boston down two points. But the All-Star couldn’t finish the game-tying layup to force overtime, and his teammates couldn’t clean up the miss before time expired.

So instead of getting to talk about a three-game winning streak and a team back at .500 itself, Celtics president of basketball operations Brad Stevens had to answer questions during his weekly appearance on 98.5 The Sports Hub’s “Toucher and Rich” show Thursday morning about why the squad he assembled for this year wasn’t working.

As he often has this season, the former Celtics head coach pointed to consistency.

Despite getting Jayson Tatum back from the COVID-19 list and Jaylen Brown putting up his third 30-point game in his last four contests, the Celtics (18-20) trailed the entire fourth quarter against the Spurs (15-22) and saw their offense bogged down once again before Brown’s ill-fated attempt to tie the game.

This latest loss continues a roller-coaster ride that has pundits openly wondering if Boston’s experiment with its current core led by Tatum and Brown has run its course.

Stevens once again demurred to speak on whether he would make substantial roster changes to the Celtics — like trading Marcus Smart or Brown, for instance — and kept the initial focus on making internal improvements, like shuffling the rotation.

Some of his players, specifically Tatum and Brown, have even begun expressing willingness to give up the basketball more and facilitate the offense through passing bigs like Robert Williams and Al Horford.

“Those guys are great playmakers and depending on how teams guard us, that’s a way to get some better looks and some easier baskets rather than everything having to be an isolation or everything having to be a tough drive and kick,” Brown said following Wednesday’s loss. “We got to stick with that at times, there are times we like have the ball in our hands, etc. but playing through some of those guys is good for us and good for our team.”

Another thing that Stevens said the Celtics need to do: fulfill the promise new head coach Ime Udoka made about playing with more pace. Stevens noted several occasions on which Boston players slowed down the offense by not getting up the floor.

A quick look at the numbers backs that up: the Celtics are tied for the sixth-lowest percentage of transition opportunities generated and rank second-to-last in points per possession on transition plays. ESPN basketball stats guru John Hollinger’s Pace Factor statistic, which measures the number of possessions teams use in a game, places Boston 22nd in the NBA.

Whether it’s playing with more urgency or playing smarter, Stevens came back to an old point Danny Ainge frequently made during the Celtics’ doldrums last year: the competition in the NBA is too good to beat if you’re consistently inconsistent.

“What you’ve done on paper before, what you can do individually or even what you’re capable of. It’s probably not going to be good enough against this current group unless we all play well collectively and play well together,” he said.

Boston will have a chance to get back on track on the road against the New York Knicks Thursday night.