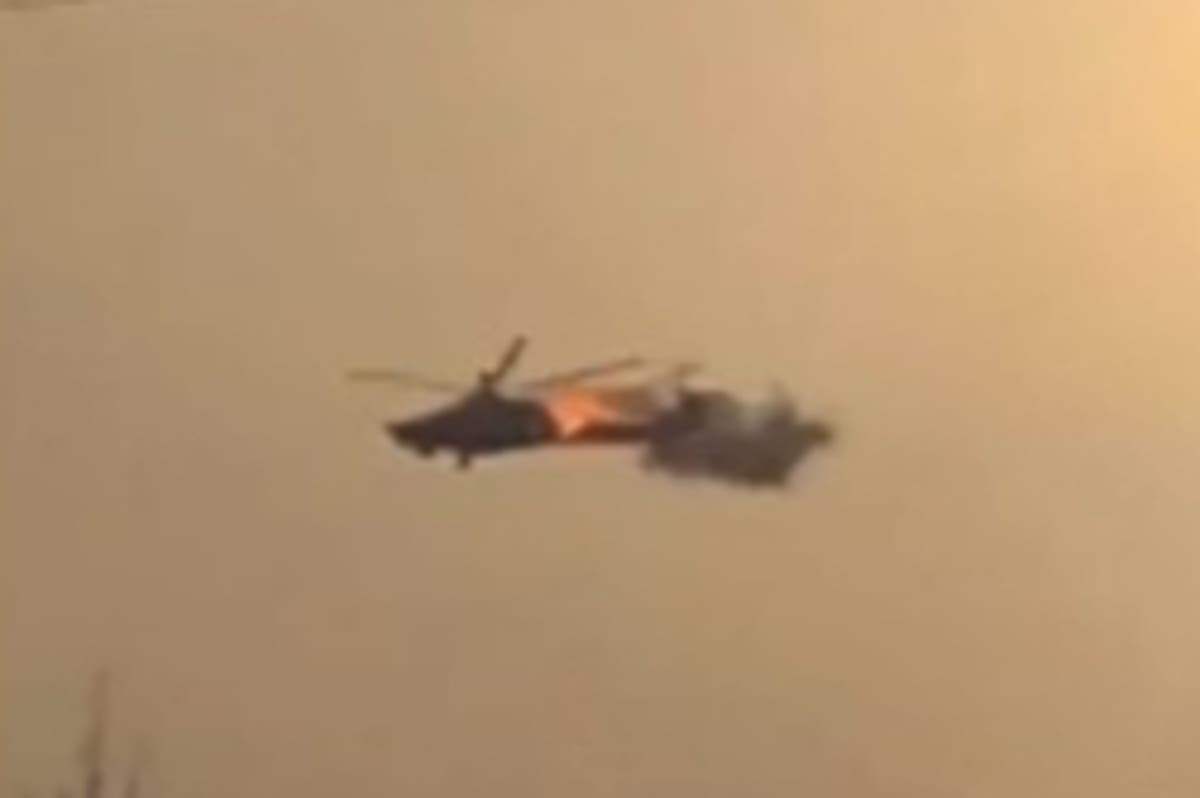 Starstreak missiles are thought to be the fastest ground to air missiles in the world and are a key part of Britain’s ground-based air defence capability.

The portable system is built by defence firm Thales at their plant in Belfast and was used to protect London during the Olympic Games in 2012.

The Ministry of Defence has said it’s the first time the missile has been used to bring down a Russian plane during the conflict, according to reports.

In the video, the helicopter can be seen hovering in the sky before bursting into flames and falling to the ground after its tail is struck by a missile.

Britain announced on March 9 that it would be supplying the missiles to Ukraine.

The high velocity missiles can travel over a kilometre in less than a second and can be used to counter the threat from fighter aircraft, helicopters and unmanned air systems.

Prior to sending the missiles to Ukraine, Defence Secretary Ben Wallace said: “As the conflict intensifies, the Russians are changing their tactics and the Ukrainians need to too…

“We can all see the horrific devastation inflicted on civilian areas by Russian artillery and airstrikes – indiscriminate and murderous. It is vital therefore that Ukraine maintains its ability to fly and to suppress Russian air attack.

“But the capability needs strengthening so in response to Ukrainian request the Government has taken the decision to explore the donation of Starstreak high velocity and portable anti air missiles. We believe this system will remain within the definition of defensive weapons but will allow the Ukrainian fore to better defend their skies.”