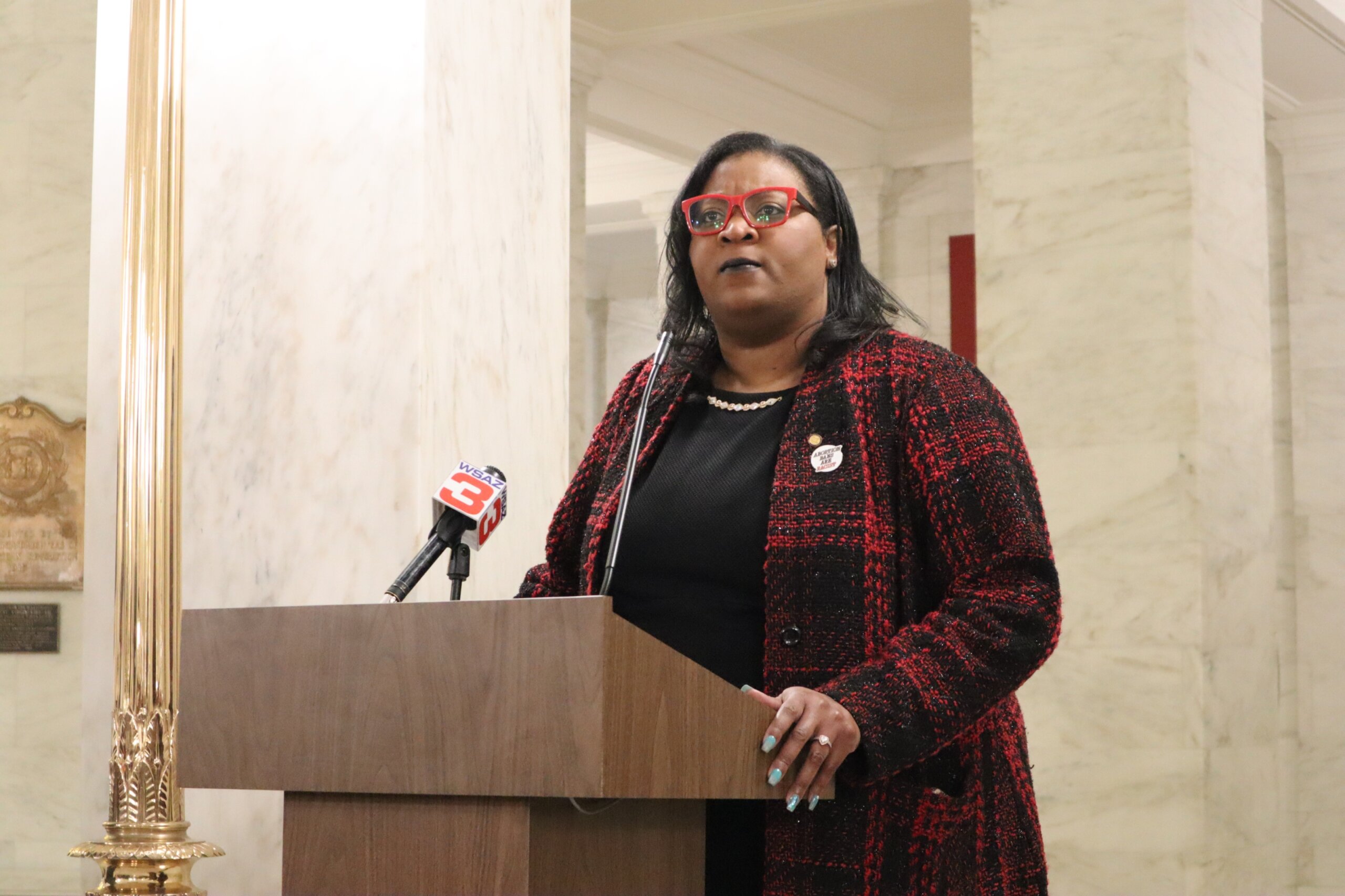 CHARLESTON, W.Va. (AP) — Democratic lawmakers have introduced a bill to repeal all abortion restrictions in West Virginia, a move…

CHARLESTON, W.Va. (AP) — Democratic lawmakers have introduced a bill to repeal all abortion restrictions in West Virginia, a move that comes amid efforts in the Republican-led legislature to further restrict access to the procedure.

During a news conference at the state Capitol on Monday, the bill’s co-sponsor Del. Danielle Walker, a mother who previously had an abortion, described abortion restrictions as “a barrier to safe, affordable, accessible health care.”

“It is racist. Sit in that uncomfortable moment,” said Walker, the only Black woman in the West Virginia Legislature. Walker, who represents Monongalia County, added, “It affects people of color tremendously. It affects our neighbors in rural communities. It affects low-income wage-earning West Virginians, and it upsets me to my core.”

House Bill 4382 would repeal the mandatory 24-hour waiting period and counseling for abortion patients; West Virginia’s 20-week abortion ban; restrictions on dilation and evacuation — the most commonly used abortion method in the second trimester of abortion; the “born-alive” bill, which penalizes physicians who don’t provide medical care to a baby born after an abortion attempt; the state’s telehealth ban on medication abortion and criminal penalties for abortion.

Katie Quinonez, executive director of Women’s Health Center of West Virginia — the state’s sole facility providing abortions — said the state’s current policies are “harmful and discriminatory” and it’s time for them to go.

“This is the first time such a momentous bill has been introduced in West Virginia, a bill that removes politicians from the exam room,” she said. “It affirms a pregnant person’s bodily autonomy and recognizes abortion as a normal, common, safe and necessary part of reproductive health care, and that is worth celebrating.”

The bill’s chances of advancing in the Republican-dominated Legislature are slim. Conservative lawmakers have already introduced a bill this session to ban abortion after 15 weeks. The proposal is nearly identical to the Mississippi law currently under review by the U.S. Supreme Court. It would prohibit abortions after 15 weeks except in a medical emergency or in the case of a severe fetal abnormality.

Missy Ciccarello, chapter president of the Kanawha and Putnam Counties of West Virginians For Life, attended the news conference holding a sign in the shape of a heart depicting a pregnant mother and her baby. The sign read, “Love Them Both.” Ciccarello said her greatest hope is that the U.S. Supreme Court will overturn Roe v. Wade, the landmark 1973 U.S. Supreme Court ruling that declared a nationwide right to abortion.

She said she was motivated to fight to restrict access to abortion after seeing her mother go through a miscarriage when Ciccarello was only 9 years old. Her mother was 20 weeks pregnant at the time. She said her mother didn’t have a choice when she lost her child but other people do.

“We want abortion to be unthinkable in West Virginia, and across the United States,” she said.

Her organization recently raised $200,000 in a month and a half to purchase a vacant lot across the street from the Women’s Health Center of West Virginia. She said that to her, it was a sign that the state’s residents want abortion banned.

“I will not be quiet because this is what West Virginians want,” she said. “No shame should be allowed here, there or anywhere, but especially in the doctor’s office.”

The bill’s lead sponsor, Monongalia County Democratic Del. Evan Hansen said, “enough is enough,” of rolling back protections that should be guaranteed by Roe v. Wade.

“There are so many restrictions in state code that people’s constitutional right to abortion is severely restricted,” he said.