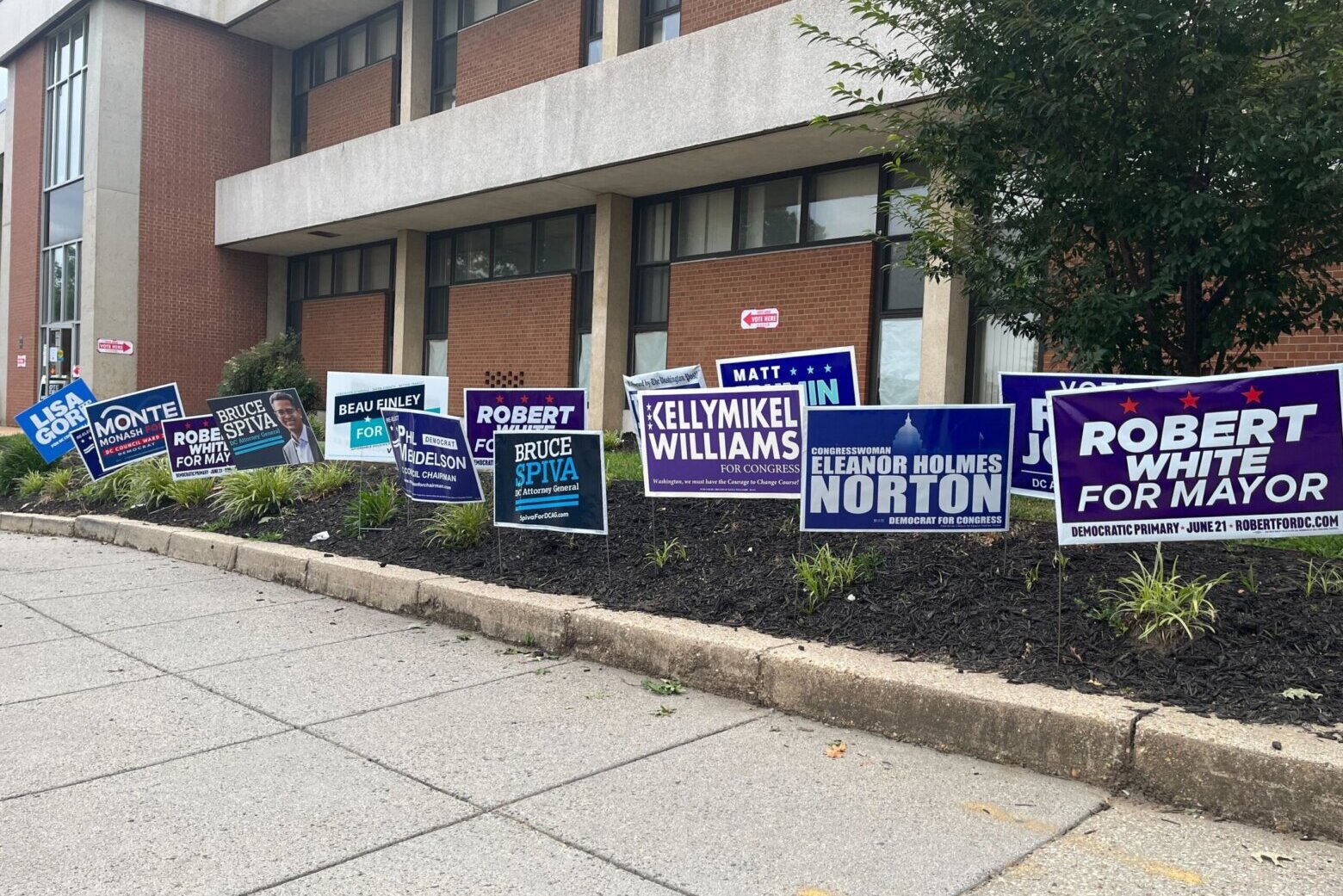 Voters in D.C. and Virginia are casting their ballots Tuesday to choose candidates for November’s election for Congress and local offices.

Tuesday is primary day in D.C. and Virginia, and voters are picking the candidates for November’s ballot for Congress and local offices.

In Virginia, many of the candidates are unopposed, and several ballot spots were determined by closed, party-sponsored events, such as conventions and firehouse primaries. But there are a couple of D.C.-area primaries Tuesday.

Here’s what voters are saying

Ahmar Abbas, a member of the Fairfax County Democratic Committee, spoke with WTOP’s Neal Augenstein at George C. Marshall High School, in District 8, where only one item is on the ballot — incumbent Democrat Don Beyer’s reelection is being challenged.

“I think it’s important to participate in our democracy at all levels,” Abbas told WTOP. “To not just worry about the higher elections, but also really focus on the people that are actually doing the work at the local level.”

When working with existing congressmen, Abbas said “whenever we’ve had any issues, we call them out, they respond and I want to sort of continue to have that relationship with them.”

Some voters casting ballots in person today said they like having the option to vote early or with a mail-in ballot.

“We took advantage of early voting during the worst months of COVID,” Cynthia Vandekamp told WTOP. “So it’s awesome to have more than one option. Not everyone can come in person.”

What you need to know about voting

In District 8, which includes parts of Fairfax County, Arlington County, Alexandria and Falls Church, Beyer is facing a challenge from Victoria Virasingh.

Spanberger and Rep. Elaine Luria, who represents the 2nd District along the Eastern Shore and Virginia Beach, are considered to be among the most vulnerable Democratic incumbents in Congress. Four Republicans — Tommy Altman, Andy Baan, Jarome Bell and Jennifer Kiggans — are running to take on Luria.

Early voting started May 6, and many people cast their ballots ahead of Tuesday.

Polls opened at 6 a.m. and close at 7 p.m. Most voting sites will also have drop boxes for sealed absentee ballots.

If you’re a Virginia voter and you haven’t cast your ballot yet, WTOP’s Virginia Primary Voter Guide has more on where to vote and who’s on the ballot — including links to candidate websites.

D.C. is holding primaries for mayor, attorney general and delegate to Congress. There are also races for several seats on the D.C. Council — the chair, one at-large seat and spots in Wards 1, 3 and 5. The Democrats are the only party with primary races; all other party candidates are running unopposed.

Vote centers are open Tuesday from 7 a.m. until 8 p.m.

Latest from the polls

WTOP’s Nick Iannelli, who’s reporting from the Chevy Chase Community Center, said Bowser came by the polling place when it opened around 7 a.m. to pass out hugs and handshakes to supporters. Some chanted “four more years,” upon her arrival.

Mayor Muriel Bowser just came to greet supporters at the Chevy Chase Community Center, one of the polling places for the primary election today. @WTOP pic.twitter.com/a65qikZ0J0

Iannelli reports the first hour the polls were open in Chevy Chase was slow, with just a handful of voters casting ballots.

What you need to know about voting

D.C. has a searchable map for polling places, and the drop boxes are open until 8 p.m.

WTOP’s D.C. Primary Voter Guide has more on where and how to vote, as well as links to the candidates’ websites.

WTOP’s Neal Augenstein and Nick Iannelli are reporting the latest on the primaries live from the polls in Virginia and D.C.