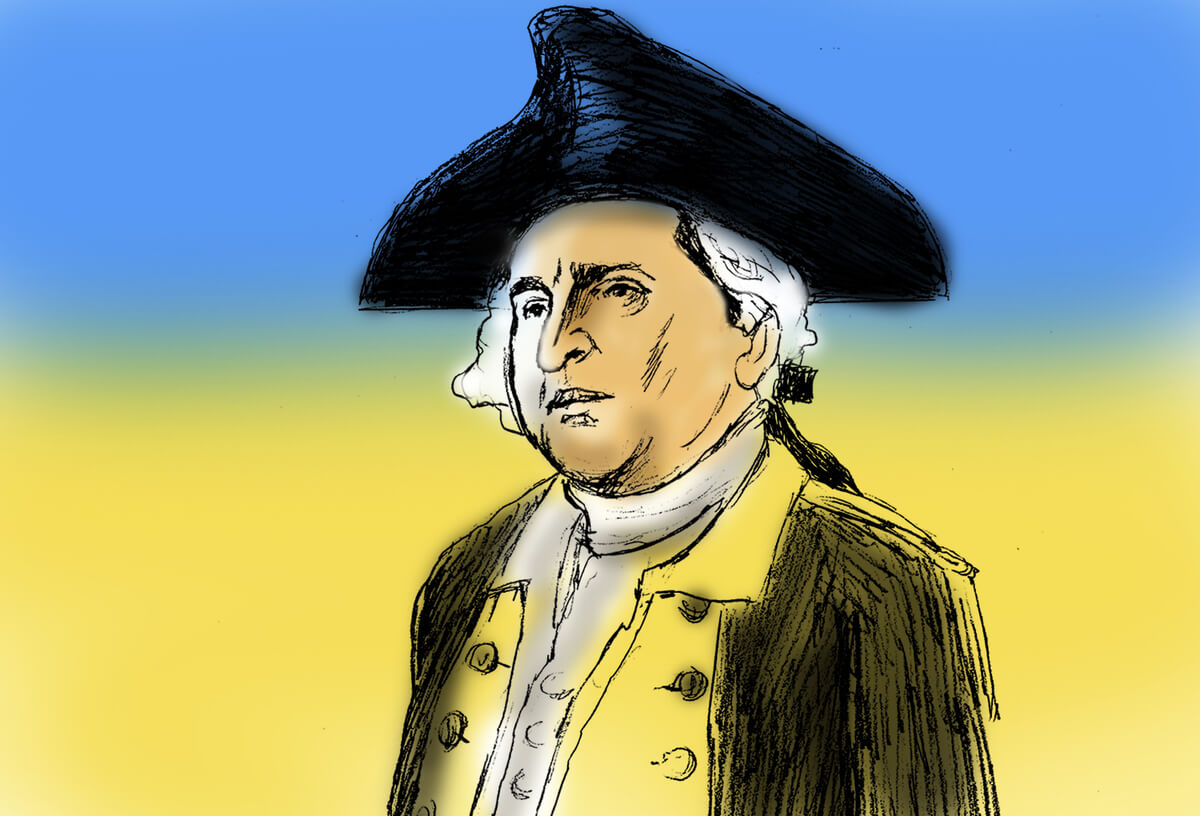 Alexander J. Motyl, a specialist on Ukraine, Russia and the U.S.S.R., is a professor of political science at Rutgers University. He wrote this column for the Los Angeles Times.

Over the last 30 years, many Ukrainians have asked when their nation will finally get its George Washington, a leader who can rally the people and lead it to victory.

I’ve usually told Ukrainian interlocutors that Washington wasn’t born a great man; he became one because of the trials of the Revolutionary War, when he demonstrated his ability to lead and to symbolize the American struggle. A Ukrainian Washington might emerge in a similar manner, and now perhaps he has.

Ukrainians’ question may have been answered by an unlikely candidate for the hero role: Volodymyr Zelenskyy, a comedian-turned-president, who many analysts — including me — considered would be disastrous for the country. He was elected in a landslide in 2019, and, like most Ukrainian presidents, proceeded to introduce some important reforms before getting bogged down by red tape, internecine power struggles, his own lack of experience — which many Ukrainians called incompetence — and the COVID-19 crisis.

Then, to make things worse, in mid-2021 Zelenskyy was confronted with a massive Russian military buildup on Ukraine’s borders. He downplayed it for months — thereby provoking even more criticism of his administration — until it became clear a few weeks ago that Russia’s strongman president, Vladimir Putin, had set his sights on invading Ukraine.

Since then, and especially since Putin officially announced his aggressive intentions and the invasion began, Zelenskyy has discovered his backbone and acted admirably, even heroically, rallying the nation around the flag, organizing the homeland defense, lobbying foreign countries for support, calming the population with well-delivered patriotic speeches, appealing to Russians to end the madness, and demonstrating that he has no intention of fleeing.

Zelenskyy’s defiant speeches and selfie videos, shot on the streets of Kyiv, have gone viral. “We are here,” he said calmly into a cellphone camera last Friday, standing with his top advisers. “We are in Kyiv. We are protecting Ukraine.”

The message was clear: He would defend Ukrainian sovereignty and statehood to the very end. Even his most severe critics have been silenced, impressed by Zelenskyy’s bravery and commitment.

A few days after Putin’s invasion, the Warsaw-based Jan Karski Society (named after the heroic Polish underground courier who informed the West of the atrocities being perpetrated against Jews in the Warsaw ghetto) honored Zelenskyy with the Jan Karski Eagle Award for his “heroic defense of Ukraine and the moral values of Western civilization.” As one member of the awards committee, Rabbi Abraham Skórka, said: “Let us take heed that the sin of omission toward Ukraine and the brave nation does not come to persecute us, like the sin of omission in the face of the Holocaust.”

By implicitly comparing Putin’s invasion of Ukraine to the Holocaust, Skórka was suggesting that the Russian dictator was following in Hitler’s footsteps, that his aggression was tantamount to genocide, and that Zelenskyy — who himself is of Jewish background — was acting in the manner of those heroic individuals who resisted the Nazis.

The fact that Zelenskyy is a Russian-speaking Ukrainian Jew is of immense symbolic as well as political importance. In his past life, he was not particularly political. His comedy poked fun at patriotic Ukrainians, and he did not appear to pay much attention to the way he personifies three identities. But all that has changed in the last few days and weeks.

Zelenskyy identifies fully with Ukraine, but this Ukraine is expansive, diverse, tolerant and committed to freedom and democracy. No less important: This Ukraine — which Putin obscenely claims has to be denazified — has also been embraced by the vast majority of Ukraine’s inhabitants, regardless of their language preference, religion or ethnic background. Indeed, some of the most striking dispatches from the ongoing war feature Russian-speaking Ukrainians defending their freedoms and cursing Putin.

The war for Ukraine is far from over, and Zelenskyy may yet stumble and lose his aura. In any case, he will go down in history as a new type of Ukrainian patriot who fought for his homeland’s freedom. And in the end, he may deserve to be considered Ukraine’s George Washington.