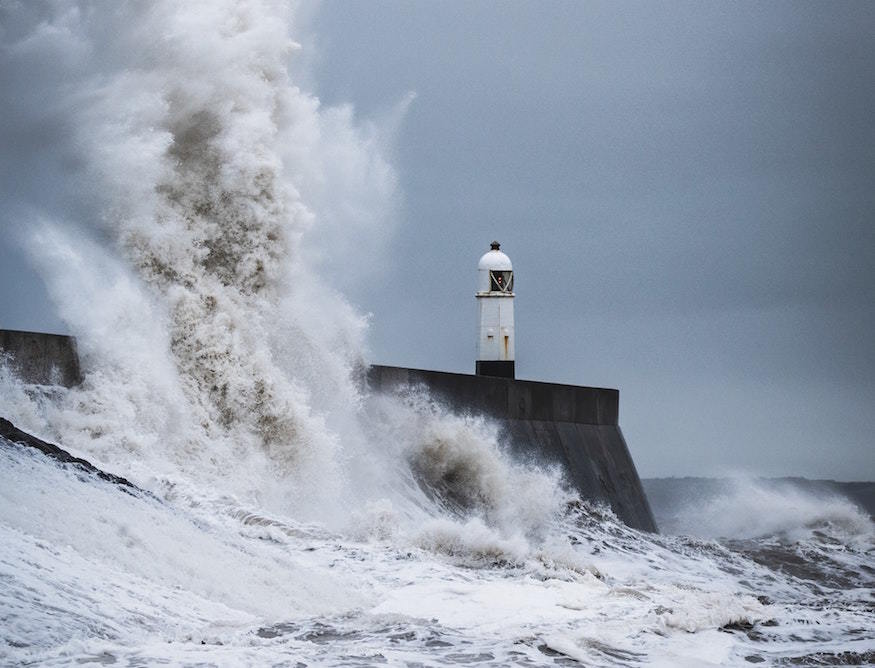 We’ve been tracking the impact of Storm Eunice all day, including its ruthless ripping of the canvas of The O2 dome. Here’s what else has been going down (and falling over) in the capital and in other parts of the UK.

Storm Eunice takes down a church spire in Somerset

St Thomas Church in Wells lost its spire around lunchtime on Friday, with local man Matthew Hodson capturing the moment it toppled:

#STORMEUNICE It’s a miracle that this sizeable & very heavy spire tip, with windvane & lightning conductor, didn’t hit anyone as it came crashing-down at St Thomas Church in #Wells, #Somerset around noon. Video captured by Matthew Hodson (many thanks for sending to @BBCBristol) pic.twitter.com/fq2KfvpWBR

A huge tree goes down in Bude, Cornwall

A large, well-rooted tree blew over like a feather — taking a wall with it — in Bude:

Tree down in Bude video from Kai Wilson Page pic.twitter.com/nUMFPOzN4X

A chimney blows off Grain Power Station in Kent

ISLE OF GRAIN: One of the three chimneys at Grain Power Station has been blown down. pic.twitter.com/FjlzXiqXjy

Located in Penzance on the coast of Cornwall, Sennen Cove Lifeboat station was right in the path of Storm Eunice, which tore a huge section of the building’s roof off.

The roof of Spurs stadium is looking lively

Just look at that bounce. Fear not though — apparently that’s part of the design of the stadium, to allow it to withstand severe weather. We just don’t get to see it in action all that often.

The roof of the @SpursOfficial football ground is currently pulsating up and down in the wind!

(Turn your phone landscape and look at the suspended lighting rigs)#StormEunice pic.twitter.com/wzXTpzH4K3

Oh, and that ‘wheelie high’ dustbin… not Storm Eunice

We’ve got a lot to blame Eunice for, but if you’ve seen that clip of a wheelie bin heading for the heavens, it was actually published on Twitter back in 2021, and attributed to the ‘Barking tornado‘. Still, with a trampoline and a wheelie bin among the debris flying through the air, it’s an impressive bit of footage, so here it is again:

More footage of the Barking tornado a few days ago.

No condensation funnel but debris (and a weelie bin 😂) can be seen circling around. pic.twitter.com/YoY10uNG6H

And because we can’t quite believe our eyes, here are some more videos of The O2 dome being shredded in the wind and landing in the Thames:

ANOTHER BIT IS NOW IN THE THAMES pic.twitter.com/xgxwdZ58bh

So much work to do yet between the planes and my IRL view of @TheO2 being torn apart I’m baffled how I’m supposed to get anything done! 🤦‍♀️ pic.twitter.com/LpIVLJi8pN

Sadly, at least one person has died, after being hit by a falling tree in Ireland, and several people have been taken to hospital in various areas around the country. London Fire Brigade is among the organisations declaring a major incident, so consider this your reminder to stay home if you can until Storm Eunice has passed, and don’t put yourself in harm’s way for the sake of taking photos or videos.