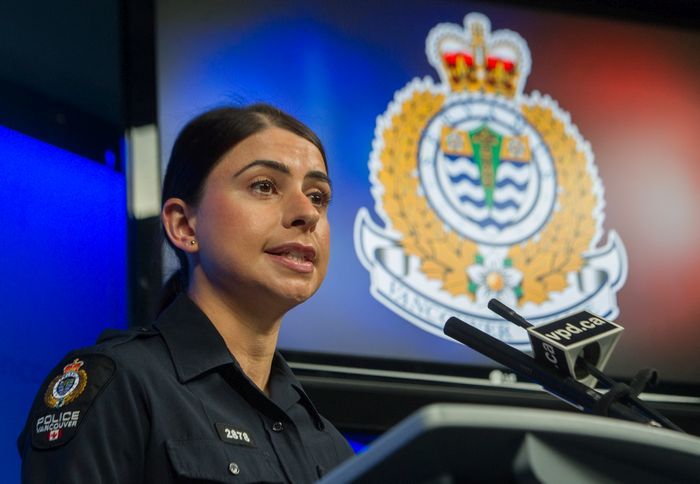 The robbers made off with approximately $20,000 worth of merchandise in seconds, said Vancouver Police.

Police has released dramatic video footage of a violent robbery at the Gucci store in downtown Vancouver.

The robbery occurred on Dec. 9 just after 7 p.m. when two men wearing masks entered the high-end luxury store near Thurlow and Alberni Streets.

The men used bear spray on an employee then ransacked the store and made off with approximately $20,000 worth of merchandise in seconds, said police.

Four employees, including an incapacitated 33-year-old security guard, hid in a stairwell until the robbers left. They were treated by paramedics after the robbery.

On Wednesday, police released a video that captured the robbery in progress.

It showed two masked men — one wearing a navy hooded jacket and the other in a black hooded reflective jacket — enter the store. One of them could be seen using a spray as a security guard backed away.

One of the men started pulling off several purses from the shelves onto the floor, while the other picked them up. The other man also grabbed two more purses on their way out.

The video later showed the men in an alley and exiting through an emergency exit.

“Though the suspects wore masks during the robbery, they removed their disguises after fleeing the store and their faces were caught on a nearby security camera,” said Const. Tania Visintin in a statement.

Anyone with information is asked to contact Vancouver police at 604-717-2541.