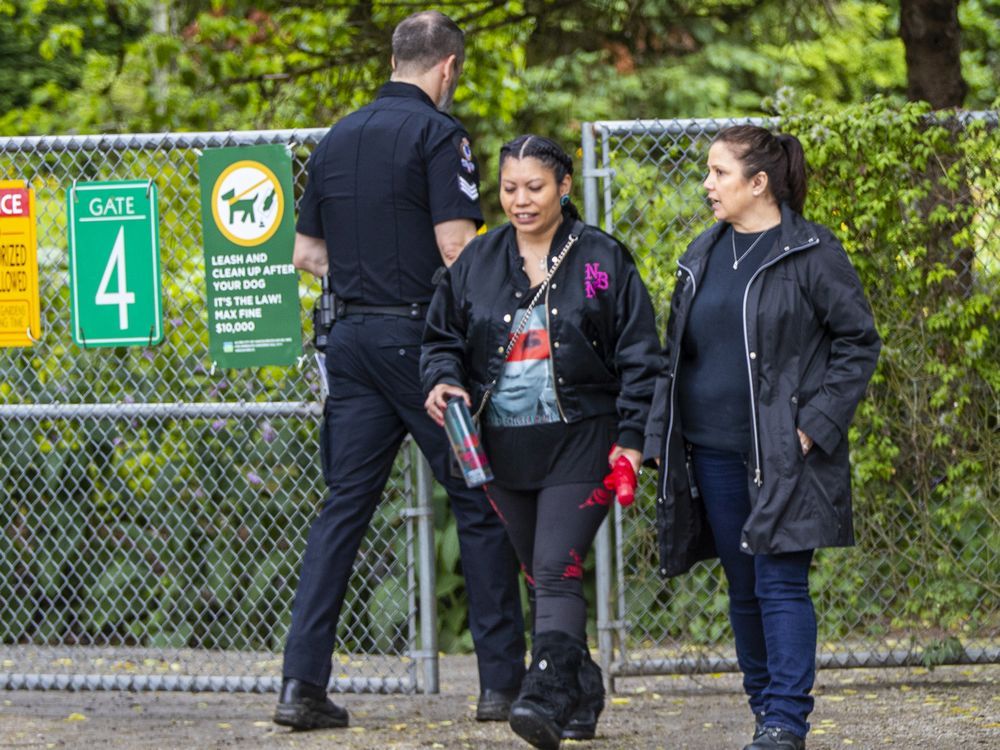 Police are canvassing a 55-acre garden in the heart of Vancouver on Saturday in the case of Chelsea Poorman, whose partial skeletal remains were found on the vacant property of a multimillion-dollar home in the same affluent neighbourhood last month.

The VanDusen Botanical Garden, which was mapped out with a drone as part of the continuing investigation, is about a kilometre from where the 24-year-old’s body was discovered April 22 near Granville Street and West 37th Avenue.

The death of Saskatchewan-born Poorman, an Indigenous woman who was last seen on Granville in fall 2020, wasn’t deemed suspicious by police following the Shaughnessy discovery.

“We are conducting an ongoing investigation,” says Vancouver police spokesman Const. Steve Addison. “We have shared details about today’s efforts with Chelsea’s family­.”

Lorelei Williams speaks to media about the search for her friend Chelsea Poorman’s remains Saturday at VanDusen garden. pic.twitter.com/5JZ5ucNVnZ

Her mother, Sheila, said police told her at a rally last weekend that they had plans to search the park with a cadaver dog to find more of her daughter’s remains.

“They want to find the whole part of Chelsea as everybody knows there are pieces of hers missing,” said Lorelei Williams, a friend of the family whom investigators took into a cordoned-off area of the park Saturday.

She said police are using a co-ordinated strategy that involves mapping out locations of suspected coyote dens.

“There are a lot of coyotes in the area, if a coyote took a part of her, they’re going to check … I saw a coyote while I was in there.”

Older sister Diamond said Poorman’s body was found by a contractor under a blanket on a concrete patio behind the $7 million home, in the clothes she was wearing the night she disappeared.

The sisters had gone out for dinner on Sept. 6, 2020, at Gastown’s Alibi Room the Sunday night of Labour Day weekend before visiting the downtown Belmont Hotel.

“We don’t yet know where Chelsea went immediately after her disappearance or how she ended up at the house in Shaughnessy,” Addison told Postmedia News in an earlier interview.

Though police say there is no evidence of foul play, the cause of Poorman’s death has yet to be confirmed by the B.C. Coroners Service.

Her family members of the Kawacatoose First Nation, located 200 kilometres southeast of Saskatoon, believe her death was a murder and have worked tirelessly to bring attention to her disappearance. The Union of B.C. Indian Chiefs, or UBCIC, and the B.C. First Nations Justice Council both cried foul and have demanded a full investigation into how she died.

— With files from Lori Culbert