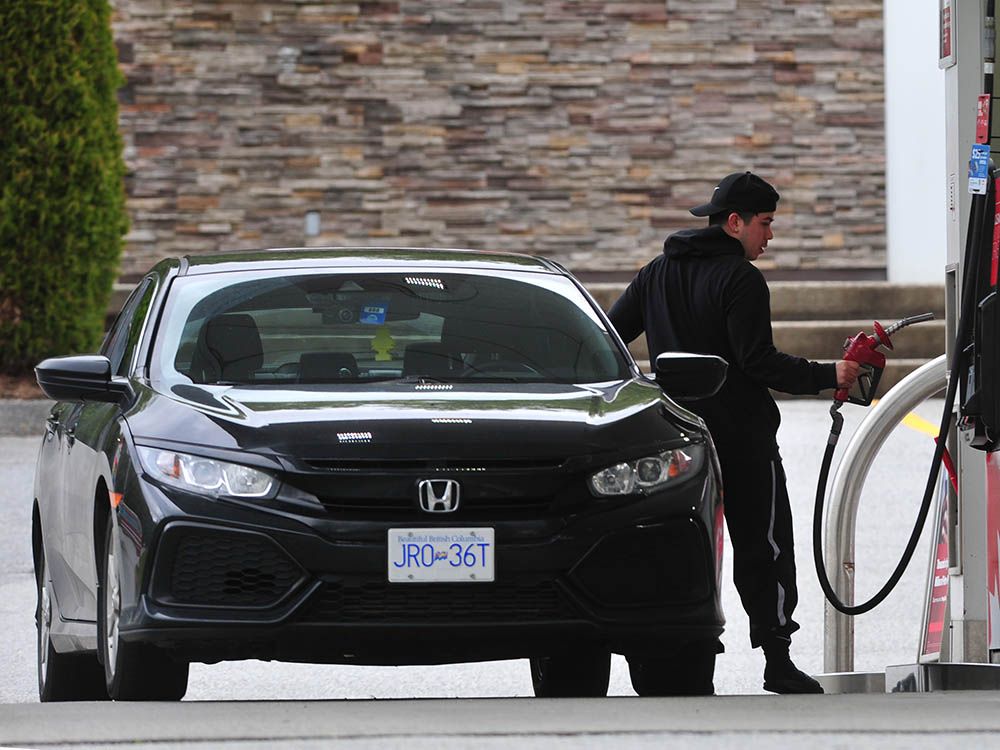 If you were planning to visit your mom on Sunday, here’s hoping she doesn’t live too far away.

Those increases come just a day after records of around $2.17 were set on Friday.

Antweiler said there is a complex set of pressures on gas prices around the world, including the war in Ukraine and sanctions on Russian oil, which normally accounts for upward of 10 per cent of the global supply.

Those strains on supply come while the price of crude oil is already high, creeping up to $110 a barrel in the past few weeks.

But Antweiler blamed some uniquely local factors for making the prices at the pump in Metro Vancouver among the highest on the planet.

For one, the Canadian dollar is usually considered a reliable petrocurrency on the world market, providing a buffer against rising crude prices. But the war has driven most investors to the U.S. dollar as a safe haven, not the loonie.

And local supply is also constrained. The Lower Mainland gets most of its gas from Alberta refineries via the Trans Mountain pipeline. But that pipeline is seeing “a lot of excess demand,” said Antweiler.

“It’s simply not keeping up because it’s fully utilized and is also shipping oil overseas.”

So the refinery margin — that is, the amount above the wholesale price tacked on by the facility processing and transporting the oil — is normally around 40 to 42 cents in Metro Vancouver. Recently, with the supply pressures, that’s been hovering around 60 to 62 cents, said Antweiler.

That margin increase caused by the supply crunch goes directly to the price you see at the pump. And with Trans Mountain overbooked, some of the local supply has to come from more costly sources, mostly the U.S.

Demand must be slipping? Uh, no

But surely the soaring cost of gas has people cutting back on their driving, thus easing demand? Not really, said Antweiler.

He said demand is “elastic,” with many in Metro affluent enough that they see no big issue with filling their tank for $150 instead of $100.

“They complain, but they’re still driving,” he said.

Plus, many others who might struggle mightily with the high prices have to get to work somehow, and transit is simply not an option for too many. “Some are very sensitive to price, some not at all.”

The amount of vehicle traffic has rebounded during the pandemic recovery and with summer driving season ahead. Those pressures on demand likely aren’t going anywhere, regardless of the cost.

But the good news is that Trans Mountain will eventually be expanded, right? Again, not so much, according to Antweiler.

With the Lower Mainland population continuing to increase and the relatively slow uptake in electric vehicles outside the big cities, he expects “mild relief only” once it’s completed — and that’s still a couple years off anyway.

His verdict: Gas prices will remain high for the foreseeable future.

And you thought you might spend that government gas rebate on a Mother’s Day gift, huh?