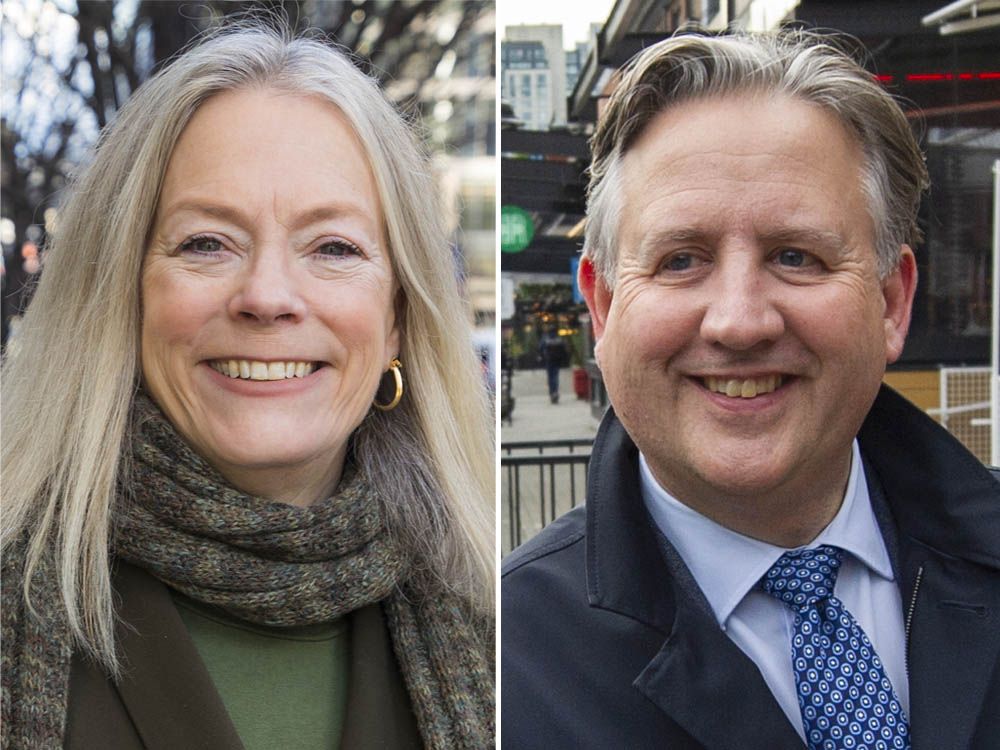 Mayor Stewart took to Twitter to claim Coun. Hardwick’s “action violates the signed agreement between the governments of Vancouver and Whistler” and host First Nations

A war of words has erupted over a Vancouver councillor’s push to get a plebiscite on the city’s possible 2030 Olympic bid onto the ballot this fall.

Vancouver Mayor Kennedy Stewart called out Coun. Colleen Hardwick for pursuing the vote, saying it breaches an agreement the city has made with the host First Nations who were working to make the Winter Olympics the first “reconciliation Games.”

Stewart took to Twitter to claim Hardwick’s “action violates the signed agreement between the governments of Vancouver and Whistler with the Musqueam, Squamish, Tsleil-Waututh and Líl̓wat upon whose unceded lands our cities are built.

“City council approved a formal memorandum of understanding (MOU) to work in partnership with host First Nations to explore how the 2030 Winter Olympics might become the world’s first reconciliation games.”

Stewart said he won’t second Hardwick’s motion. He also urged other councillors to think about what it would mean to “essentially tear up our MOU” with the First Nations, and what it “says about their own commitments to reconciliation.”

Hardwick plans to oppose Stewart for the mayor’s seat in October as part of TEAM for a Livable Vancouver, after she quit the NPA in a dispute over that party’s mayoral nomination process.

Some councillors say they’d like to talk to First Nations partners before considering whether to hold a vote on the Olympic bid.

“A motion for a plebiscite, without talking with the nations, disrespects that (MOU) and our relationship with Musqueam, Squamish and Tsleil-Waututh,” said Coun. Sarah Kirby-Yung on social media.

The motion will be up for debate at council’s next meeting on Tuesday, March 29.

EDITOR’S NOTE: An earlier version of this story referred to a group that is not formally involved in the exploration of a 2030 Olympic bid.