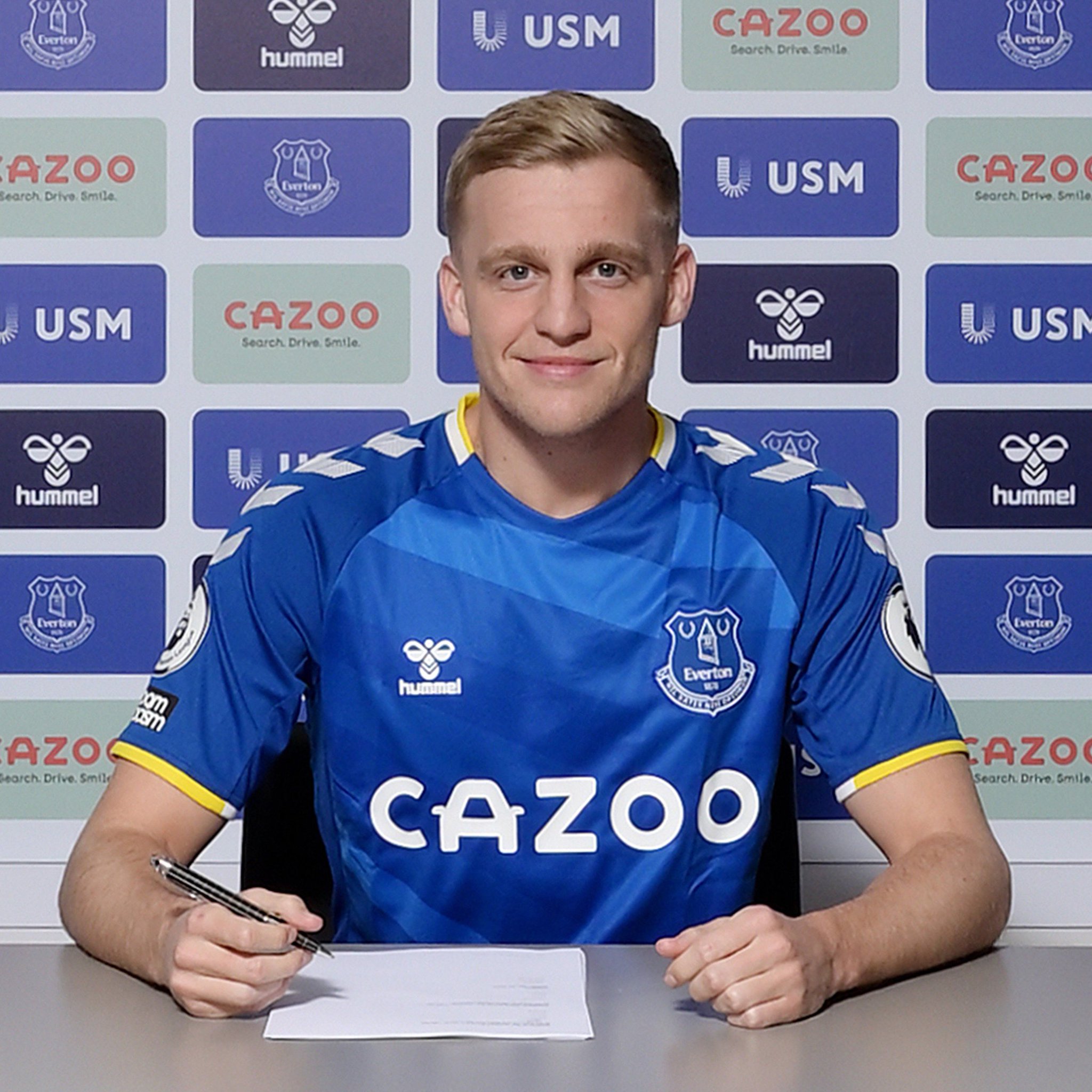 Everton has announced the signing of Manchester United midfielder Donny van de Beek on loan till end of the 2021/22 season.

The Netherlands international has been struggling to get playing time since he joined Manchester United.

The former Ajax midfielder became Frank Lampard first signing after he was unveiled as new manager on Monday.

Van de Beek insists he is ready to go straight into Lampard’s team, if selected, for next Tuesday’s Premier League visit to Newcastle United.

However, he not be available for the FA Cup game against Brentford as he he is Cup tied for Saturday’s meeting with Brentford.

Speaking with the club media after putting pen into paper, he expressed his delight to joining the club.

Now I can say I am an Everton player, I am really happy and can’t wait to help the team.

“I think it is a great club… there are really good players here and I came because I want to help them go up the table.

“I hope to bring my football qualities, my passing, and, of course, scoring goals.

“It is a big part of my game to score and give assists and I will try to do that again.

“And it is not only offensive, you have to defend as a midfielder and I can do that as well.

“I had a really positive meeting with the new coach.

“We have the same ideas about football and he had a lot of influence on my decision.

He noted that with Lampard as the club new manager, he is certain his career will blossom again.

“I played against him when I was at Ajax, and he was at Chelsea [as manager], so he knows me as a player. He thinks I have qualities that can help the team.

“I can learn a lot from him because he was a little bit in the same position – a midfield player who scored a lot of goals.

“I want to improve with Everton.

“There are always things that can be better and I work hard every day to do that.”

“I want to show my qualities, my strengths, to the people in England – but especially the fans from Everton,” said Van de Beek.

“The most important thing is we win games and go up the table.

“We have good players in the team and the talent and ability to go up in the league. But, for that, we need to work hard and I want to be part of this.

“Everton is a big club, with big players, the history and amazing fans. The Club has everything to go up and be higher in the table.

“I played at Goodison twice last season without fans… it will be lovely to see the stadium full.

“It’s difficult I cannot play on Saturday but I will be there to see the game and focus on the next match.

“I’m fit. I train a lot for myself and I was training a lot with the team at United. I have a few days to train fully and I’m sure I’ll be there [ready for Newcastle].”