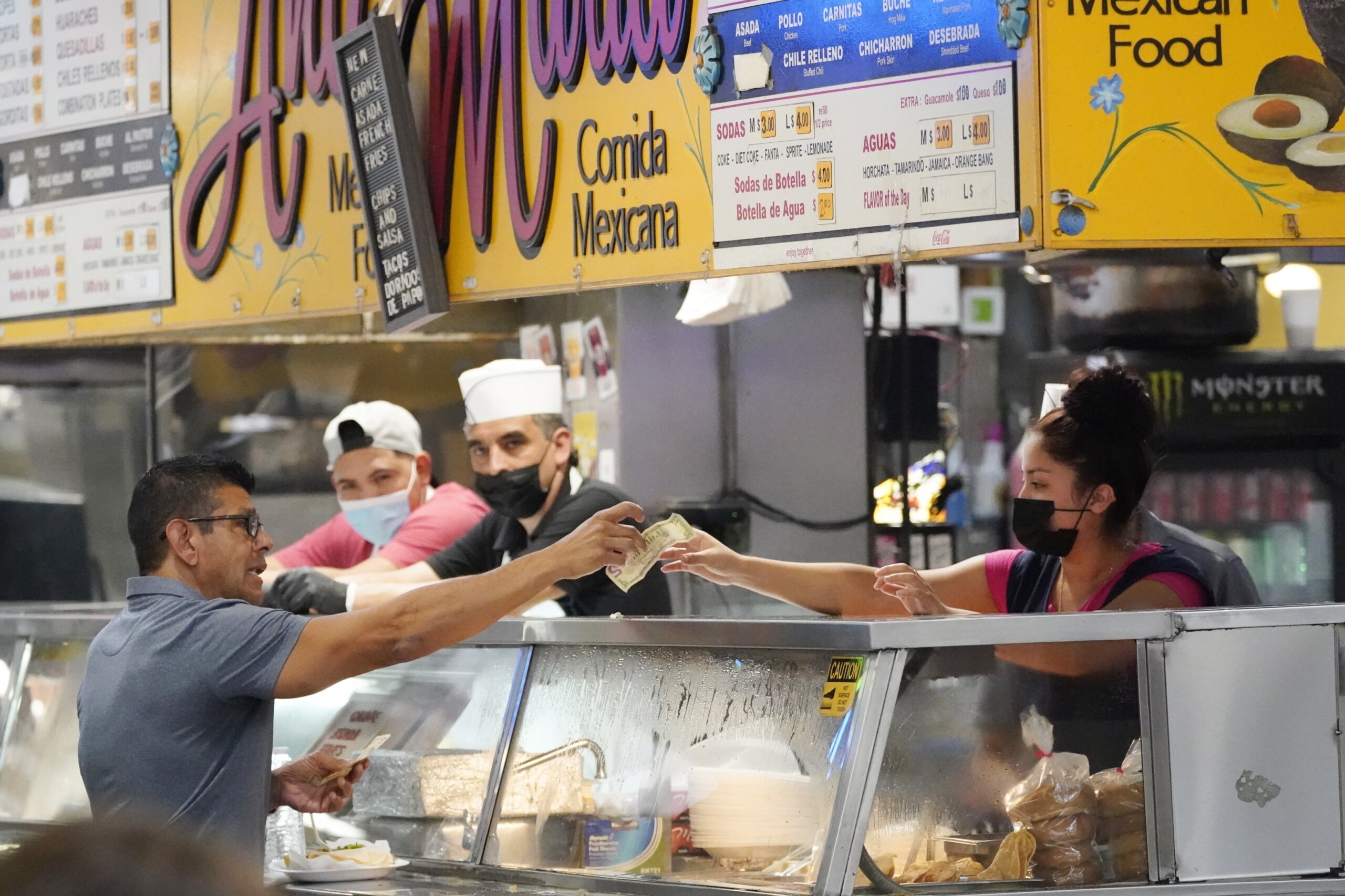 WASHINGTON (AP) — Inflation at the wholesale level jumped 9.8% in July from a year earlier, a slowdown from the…

WASHINGTON (AP) — Inflation at the wholesale level jumped 9.8% in July from a year earlier, a slowdown from the June pace yet still a painfully high level suggesting that rampant inflation will persist for months to come.

Thursday’s report from the Labor Department also showed that on a month-to-month basis, the producer price index — which measures inflation before it reaches consumers — dropped 0.5% from June to July. That is the first decline since April 2020 and was down from a sharp 1% increase from May to June.

Falling gas and energy prices pushed down the monthly figure. Those declines suggest that retail gas prices, which have fallen steadily since mid-June, are likely to keep dropping.

The monthly decline in wholesale prices follows a government report Wednesday that showed consumer inflation was unchanged from June to July — the first flat figure after 25 straight months of increases. Measured year over year, consumer inflation rose 8.5% in July, down from June’s 9.1% annual rise, which was a four-decade high. Prices in such previously white-hot categories as gas, airline tickets and hotel rooms helped slow inflation last month.

The milder inflation data, and last month’s unexpectedly robust hiring that helped lower the unemployment rate to a half-century low of 3.5%, have provided President Joe Biden with some positive economic news after months of accelerating price spikes hammered his approval ratings. Congressional Republicans have made rising inflation a major line of attack in the upcoming midterm elections.

The Federal Reserve has embarked on its fastest pace of interest rate hikes since the early 1980s in an effort to quell inflation, and will likely keep raising borrowing costs for the rest of this year. Its short-term rate is currently in a range of 2.25% to 2.5%, the highest since 2018.

Chair Jerome Powell has said the Fed would need to see a series of declining inflation readings before it would consider pausing its rate increases. The Fed could announce a third straight three-quarter point rate hike when it next meets in late September or instead carry out a less drastic half-point hike.

Thursday’s producer price data captures inflation at an earlier stage of production and can sometimes signal where consumer prices are headed. It also feeds into the Fed’s preferred measure of inflation, which is called the personal consumption expenditures price index.