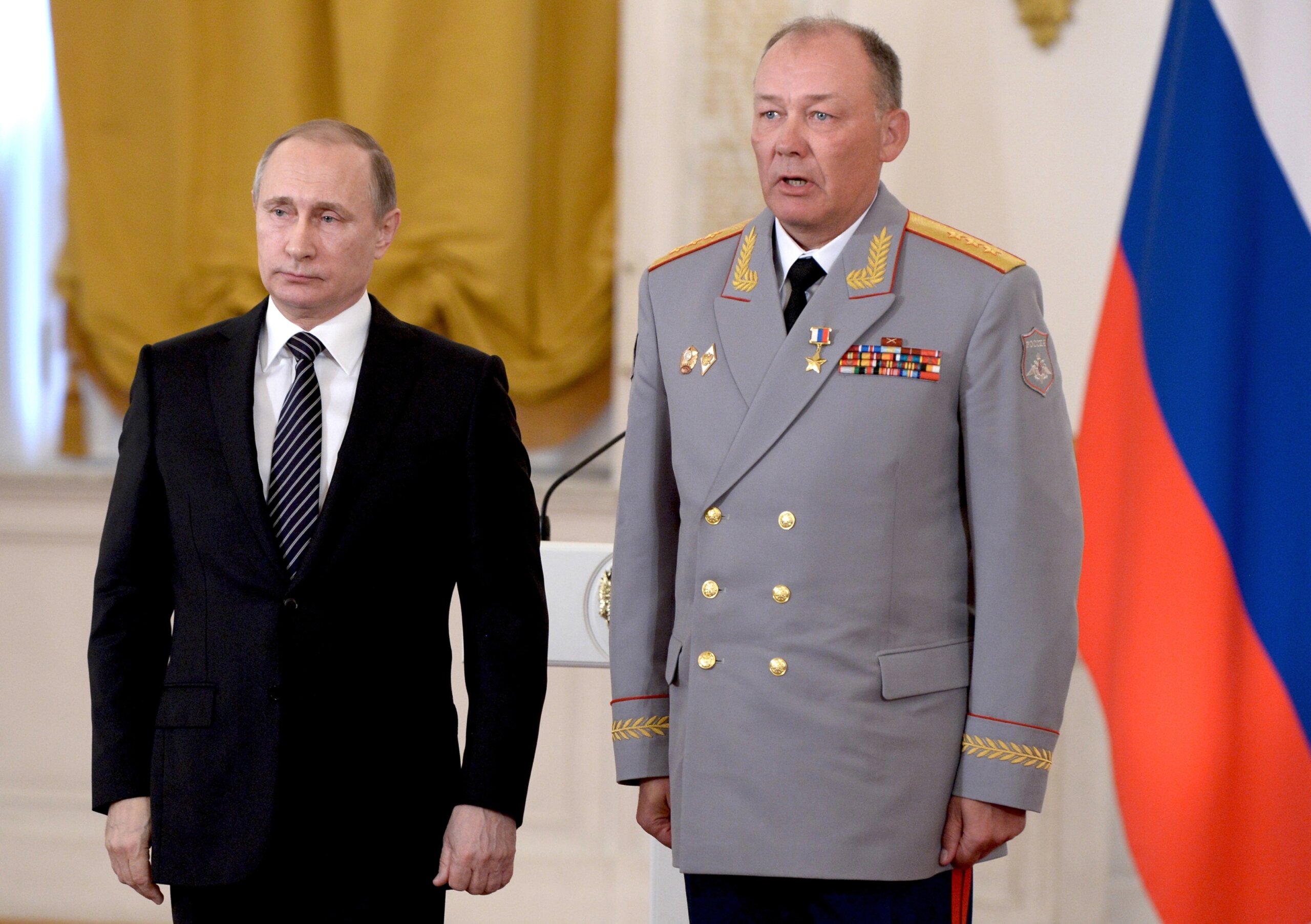 Russia turned to Gen. Alexander Dvornikov, 60, one of Russia’s most experienced military officers and — according to U.S. officials — a general with a record of brutality against civilians in Syria and other war theaters. Up to now, Russia had no central war commander on the ground.

The senior U.S. official who confirmed the general’s appointment was not authorized to be identified and spoke on condition of anonymity.

But the White House national security adviser, Jake Sullivan, said, “no appointment of any general can erase the fact that Russia has already faced a strategic failure in Ukraine.”

“This general will just be another author of crimes and brutality against Ukrainian civilians,” Sullivan said. “And the United States, as I said before, is determined to do all that we can to support Ukrainians as they resist him and they resist the forces that he commands.”

The decision to establish new battlefield leadership comes as Russia gears up for what is expected to be a large and more focused push to expand Russian control in Ukraine’s east and south, including the Donbas, and follows a failed opening bid in the north to conquer Kyiv, the capital.

Dvornikov gained prominence while leading the Russian group of forces in Syria, where Moscow has waged a military campaign to shore up President Bashar Assad’s regime during a devastating civil war.

Dvornikov is a career military officer and has steadily risen through the ranks after starting as a platoon commander in 1982. He fought during the second war in Chechnya and took several top positions before being placed in charge of the Russian troops in Syria in 2015.

Under Dvornikov’s command, Russian forces in Syria were known for crushing dissent in part by destroying cities, lobbing artillery and dropping what were often crudely made barrel bombs in sustained attacks that have displaced millions of Syrian civilians. The United Nations says the more than decade-long war has killed more than 350,000 people.

In 2016, Russian President Vladimir Putin awarded Dvornikov the Hero of Russia medal, one of the country’s highest awards. Dvornikov has served as the commander of the Southern Military District since 2016.

Lt. Col. Fares al-Bayoush, a Syrian army defector, said Sunday that while the situation in Syria is different than in Ukraine because the Russian military was fighting insurgent groups and not Ukraine’s professional army, he expects a similar “scorched-earth” strategy.

Al-Bayoush said he believes the aim of naming Dvornikov as Ukraine war commander is to turn the war into “rapid battles” in several places at the same time.

“I expected him to use the scorched earth policy that was used in Syria,” al-Bayoush said, referring to Russian-backed attacks in Syria in which cities and towns were put under long sieges while being subjected to intense bombardment that left many people dead and caused wide destruction to infrastructure and residential areas. “He has very good experience in this policy.”

“This commander is a war criminal,” al-Bayoush said by telephone from Turkey.

Since Russia joined the war in Syria in September 2015, Assad’s forces have taken control of most of the country after being on the verge of collapse. The Russian air force carried out thousands of airstrikes since, helping Russian-backed Syrian troops take areas after fighters were forced to choose between an amnesty in return for dropping their arms or being taken by buses into rebel-held areas.

The last major Russian-backed offensive in Syria lasted several months, until March 2020, when a truce was reached between Russia and Turkey, which supported rival sides.

Sullivan on Sunday said the Russian general has a record of brutality against civilians in Syria and “we can expect more of the same” in Ukraine. But he stressed that the U.S. strategy remains the same in supporting Ukraine and its president, Volodymyr Zelenskyy.

“Our policy is unequivocal — that we will do whatever we can to help Ukraine succeed,” Sullivan said. “Which means that we need to keep giving them weapons so that they can make progress on the battlefield. And we need to keep giving them military support and strong economic sanctions to improve their position, their posture at the negotiating table.

In an interview Saturday with The Associated Press, Zelenskyy acknowledged that despite his hopes for peace, he must be “realistic” about the prospects for a swift resolution given that negotiations have so far been limited to low-level talks that do not include Putin.

Zelenskyy renewed his plea for more weapons before an expected surge in fighting in the country’s east. He said, with frustration in regards to supplies of weapons from the U.S. and other Western nations, “of course it’s not enough.”

Sullivan spoke on CNN’s “State of the Union” and NBC’s “Meet the Press.

Associated Press writers Bassem Mroue in Beirut and Ellen Knickmeyer in Washington contributed to this report.