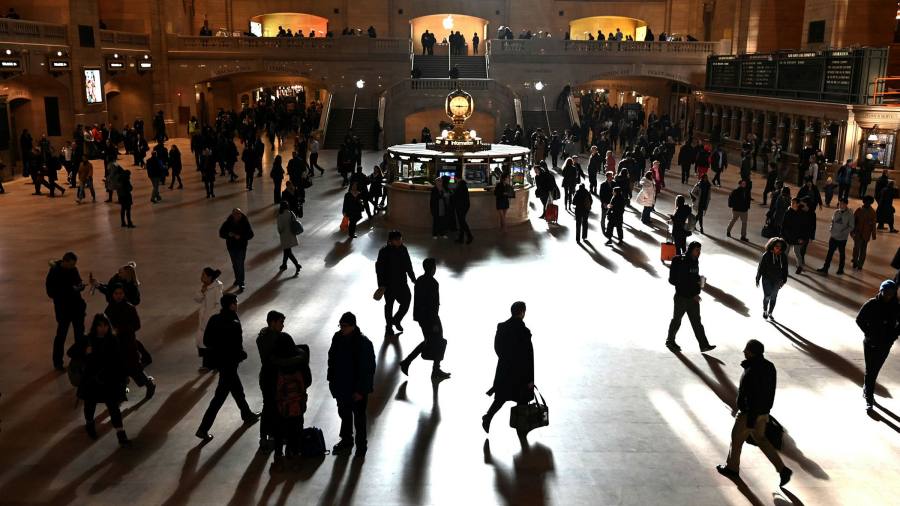 US jobs growth accelerated sharply last month, bolstering the Federal Reserve’s case to push ahead with a series of interest rate increases this year.

Employers in the world’s largest economy added 678,000 jobs in February, eclipsing economists’ expectations and building on an upwardly revised 481,000 positions created in January. That pushed the unemployment rate to 3.8 per cent, after it increased marginally at the start of the year.

The report, released by the Bureau of Labor Statistics on Friday, showed monthly wage growth flatlining, following a 0.6 per cent jump in average hourly earnings in January. Over the past year, hourly earnings are up 5.1 per cent.

“We’re seeing a stronger return to the workforce, stronger than even we were expecting, some of which is a bounce-back from Omicron and bad weather, ‘’ said Michael Gapen, chief economist at Barclays.

Friday’s report showed the labour force participation rate, which tracks the share of Americans employed or looking for a job, marginally improved to 62.3 per cent.

“The strength of the labour market is attracting people back in,” he said. “If you think about what is bringing in people off the sidelines, it is wage gains and improved public health.”

As more people return to the workforce, he said that should slow further wage growth.

Wages have surged higher in recent months, especially for lower-income workers, as labour shortages across a broad swath of sectors have prompted businesses to offer better pay to fill a near-record number of vacant positions. US businesses reported 10.9mn unfulfilled positions at the end of last year.

The number of job openings has soared compared with historical standards as the US workforce experiences near record turnover, with the number of Americans voluntarily quitting the workforce historically elevated.

Commodity prices have moved up significantly, energy prices in particular. That’s going to work its way through our US economy.

Heftier compensation and improved benefits offered by US businesses to lure back workers has coalesced in what Jay Powell, the Fed chair, said on Thursday was a “great labour market for workers, especially workers at the lower quartile of earnings who are getting the biggest wage increases”.

Job growth was “widespread”, the BLS said, with 179,000 new positions added to the leisure and hospitality sector and another 95,000 new hires for professional and business services.

In testimony to US lawmakers this week, Powell said labour market strength alongside very elevated inflation justifies the US central bank proceeding with its plans to raise interest rates this month, despite the prospects of slower growth stemming from Russia’s invasion of Ukraine.

Powell said it is too early to know the exact economic ramifications of the conflict, but suggested inflation, which is now running at the fastest pace in four decades, could push even higher given the recent run-up in oil prices to multiyear highs.

“Commodity prices have moved up significantly, energy prices in particular. That’s going to work its way through our US economy,” he told members of the Senate banking committee. “We’re going to see upward pressure on inflation, at least for awhile. We don’t know how long that will be sustained for.”

Powell said he supports a quarter-point interest rate increase in March as the first step in a “series” of adjustments this year, with the Fed potentially considering raising rates by larger increments at one or more meetings if price pressures stay elevated.

Shorter-dated US Treasury yields, which move with interest rate expectations, fell slightly following the report, as traders bet that the flat average hourly earnings figure would keep the Fed on track for a quarter-point increase in interest rates later this month.

“The jobs report was stellar, but the market is in the middle of this geopolitical flight-to-quality rally,” said Subadra Rajappa, head of US rates strategy at Societe Generale. “If it weren’t for the geopolitical risk, you would have seen a much bigger reaction in the market.”