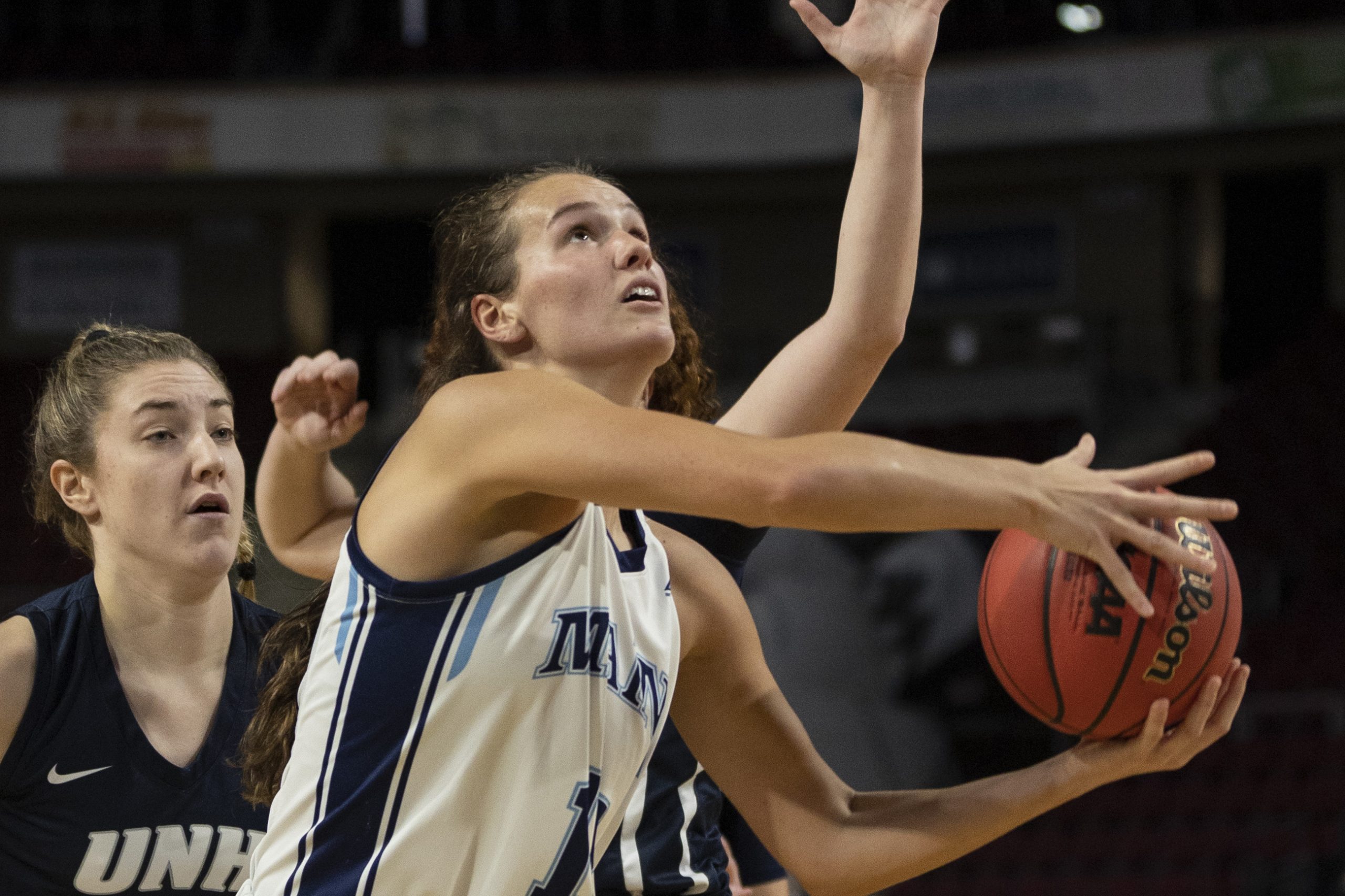 UMaine jumped out to a 12-3 lead and never looked back, holding the Catamounts scoreless in the third quarter en route to an easy 58-37 victory at the Cross Insurance Center in Bangor.

UMaine improved to 8-10 overall and 5-3 in America East while the Catamounts fell to 11-9 with a 5-4 record in America East. The 37 points were a season-low for UVM.

The Black Bears had needed an 18-8 fourth-quarter to rally past Vermont to a 64-58 win on Dec. 30, but they were in complete control from the opening whistle on Sunday.

UMaine had a 16-point halftime lead and outscored UVM 16-0 in the third period to expand the lead to 52-20.

UVM went 0-for-12 from the floor and turned the ball over twice in the third period.

The fourth quarter was primarily for reserves.

Alba Orois, who tops the league in assists, had six more assists to go with 11 points. She also had four rebounds.

“From the beginning, our energy was really amazing,” Simon said. “When we came out, we knew exactly what we wanted to do. Executing was a big point coming into this game. From the start, we did that.”

She said she never recalled holding a team scoreless in a quarter in her time at UMaine.

“We played really well,” UMaine head coach Amy Vachon said. “We played hard. The girls knew where they were supposed to be defensively. It was good stuff.”

She also said Vermont is a much better team than they showed on Sunday.

Junior guard Emma Utterback, who scored 10 points, was the only Catamount with more than five points. She also pulled down five rebounds. Junior forward Delaney Richason had four points and five rebounds and senior guard Sarah Wells had a team-high six rebounds and two steals.

Leading scorer Josie Larkins (12.9 points per game) was held to three points and she made just one of four three-pointers after entering the game at 43.7 percent from long range.

UMaine’s press forced nine turnovers in the first quarter, and the Bears outscored UVM 10-0 in points off turnovers as they built a 14-5 lead.

“That was huge for us. That got us settled,” Bornemann said.

UMaine extended the lead to 36-17 before Utterback’s half-court three-pointer pulled UVM within 16 at the half.

All of Utterback’s 10 points came in the second quarter and gave her team a small glimmer of hope.

But the Black Bears put any comeback bid to rest in the third quarter.

“We weren’t clicking today,” Utterback said. “Maine played well but we shut ourselves down. We’re normally composed and can handle that [press] with ease. We have to go back to practice and figure out what went wrong.”

UMaine will travel to UMass Lowell for an 11 a.m. game on Wednesday while Vermont visits New Jersey Institute of Technology on Wednesday at 5.