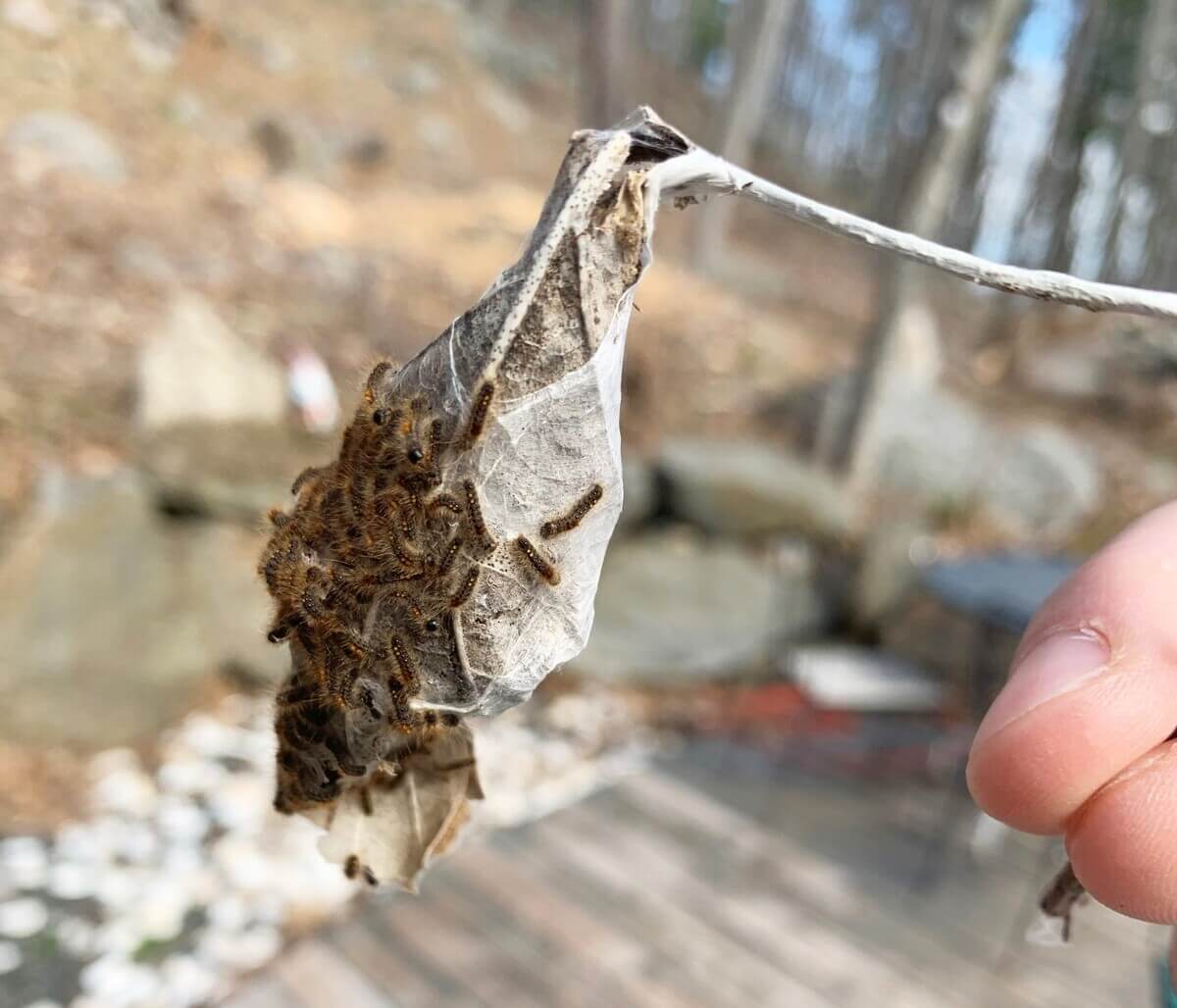 A continually warming climate likely means the itchy scourge of browntail moths will only grow worse in Maine, according to newly published research by a team from the University of Maine and the state Department of Agriculture, Conservation and Forestry. The moths, which have been present in Maine for more than a century, have long been known to inhabit Maine’s coastal counties. But the moths’ webs last year were found in every county but York, marking the intensification of a multi-year outbreak that started in 2018. The team of UMaine researchers compared data from 23 years modeling how much foliage the pests had eaten with climate data from the same period. They found that rising temperatures in the late summer and early fall, as well as more spring precipitation, all predicted browntail moth population outbreaks. Contact with the caterpillars’ tiny, poisonous hairs can cause skin irritation comparable to poison ivy that can last several weeks. Respiratory problems can also occur. The team’s findings were published in the journal Environmental Entomology. Eleanor Groden, a UMaine professor of entomology and the principal investigator on the study, said the work also examined mitigation and management strategies for the moths. But with a warming climate, Mainers should expect to keep seeing the invasive species. “These are important studies, as our current warming climate trends suggest that we will continue to be facing this menace at least in the near future if not longer,” Groden said.