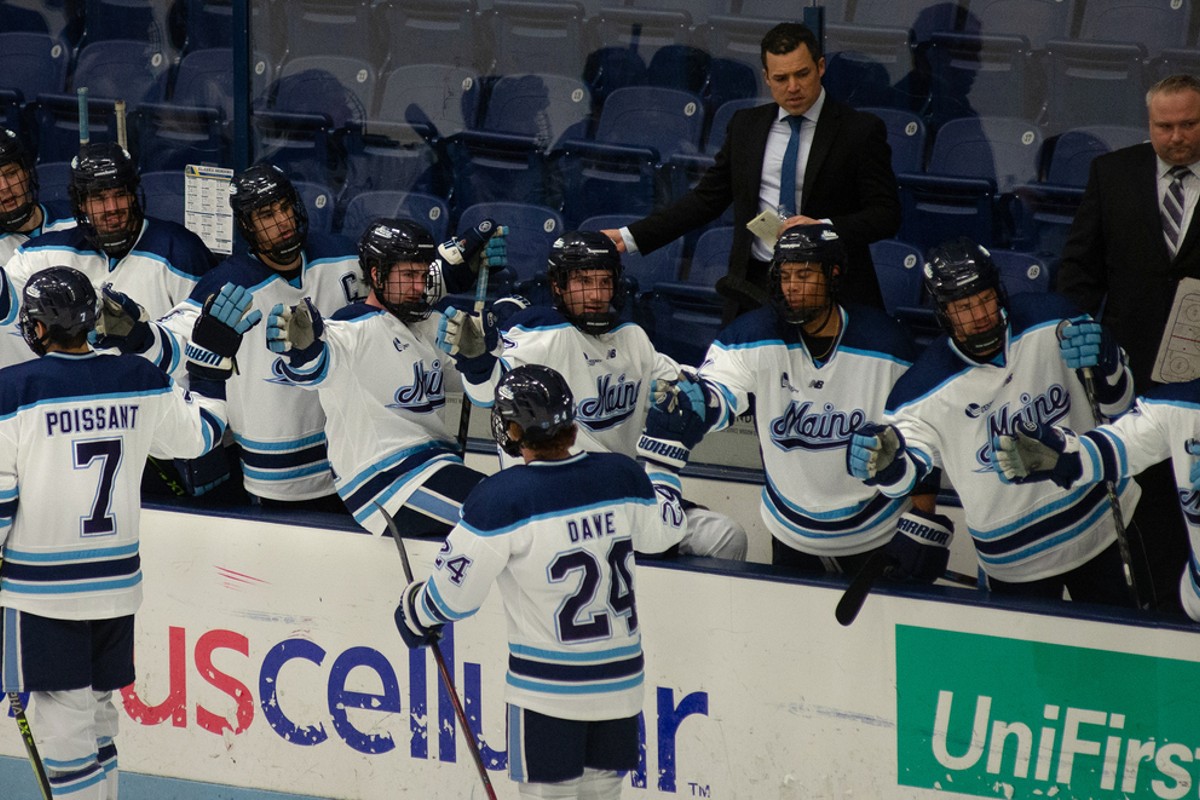 The University of Maine men’s hockey team has added another transfer to its roster for next season.

Forward Cole Hanson, who played in 24 games as a freshman at Colgate University from the ECAC this past season, will be playing for the Black Bears next season.

He is a native of Grand Forks, North Dakota, and will be reunited with his former Grand Forks Central High School and New Mexico Ice Wolves teammate Brandon Holt, who will be a freshman defenseman at UMaine this fall.

Hanson played for the North American Hockey League’s Ice Wolves in 2020-21 and registered 21 goals and 39 assists for 60 points in 53 games.

That was a significant improvement over the previous season, when he had four goals and nine assists for 13 points in 43 games for two teams, Minot and New Mexico.

Hanson is the fourth transfer to be added for next season along with forwards Didrik Henbrant from the University of Alaska Fairbanks and Justin Michaelian from Ferris State (Michigan), along with goalie Jacob Mucitelli from Clarkson University.

They will join an incoming class of at least 10 players including five forwards and five defensemen.

The Black Bears will return 12 players from this past season’s team, which went 7-22-4 overall and 5-17-2 in Hockey East under first-year head coach Ben Barr.

UMaine finished last among 11 teams in Hockey East and lost to Merrimack College in the first round of the league playoffs, 6-2.

The Black Bears will open the season at the 26th annual Ice Breaker Tournament in Colorado on Oct. 7-8.

For the first time in tournament history, there will be two host schools: the University of Denver and the U.S. Air Force Academy in Colorado Springs.

Notre Dame from the Big Ten will be the other participant.

The games will be played at the Cadet Ice Arena at the Air Force Academy and Magness Arena in Denver.

Denver, which plays in the National Collegiate Hockey Conference, will be coming off an NCAA championship as the Pioneers topped Minnesota State 5-1 in the national title game at the TD Garden in Boston. That capped a 31-9-1 season.

Air Force Academy plays in Atlantic Hockey and was 16-17-3 this past season.