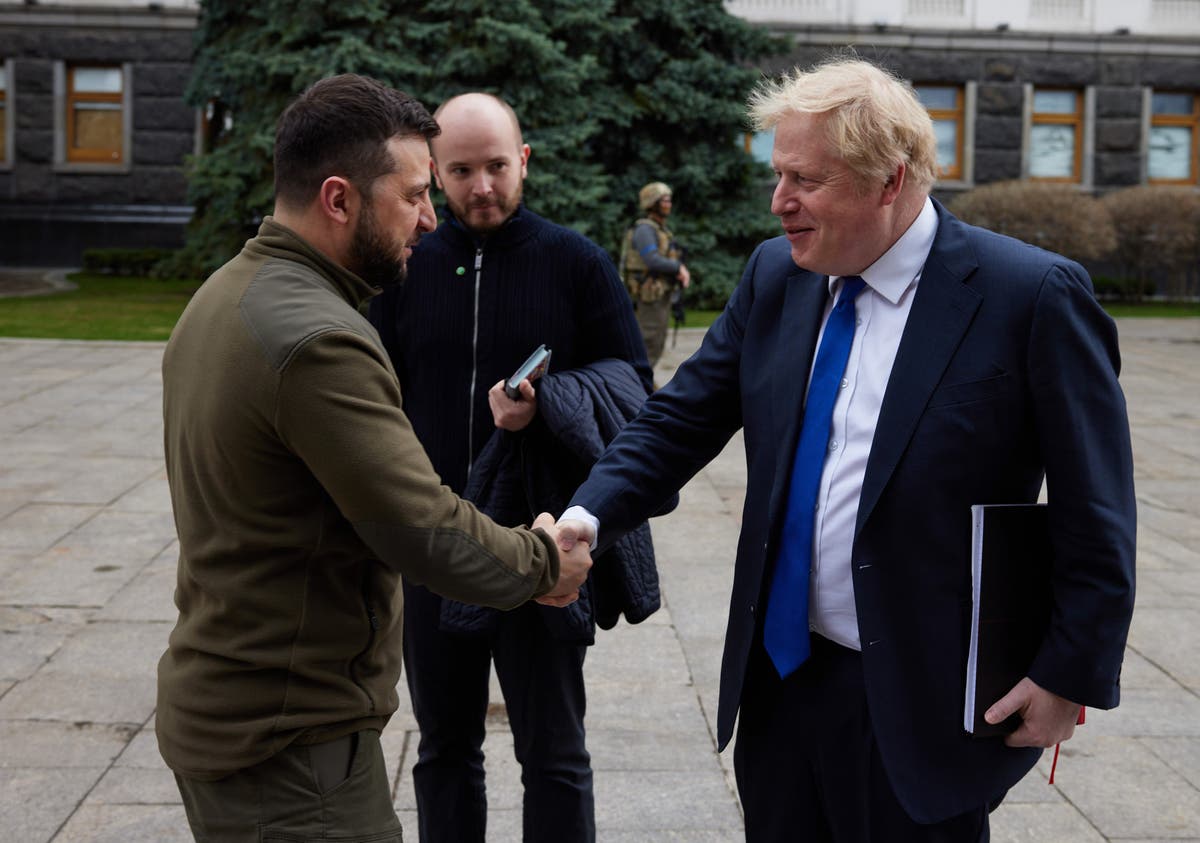 The Prime Minister said he made his unannounced visit to the Ukrainian capital as “a show of our unwavering support for the people of Ukraine”.

As well as the armoured vehicles, in a significant stepping-up of UK military support, Mr Johnson said Britain would also be sending new anti-ship missile systems.

It comes the day after he announced a further £100 million worth of UK military assistance, including anti-tank and anti-aircraft weaponry and so-called “suicide drones”, which loiter over the battlefield before attacking their target.

Following his meeting with the Ukrainian leader, Mr Johnson said in a statement: “Ukraine has defied the odds and pushed back Russian forces from the gates of Kyiv, achieving the greatest feat of arms of the 21st century.

“It is because of President Zelensky’s resolute leadership and the invincible heroism and courage of the Ukrainian people that Putin’s monstrous aims are being thwarted.

“I made clear today that the United Kingdom stands unwaveringly with them in this ongoing fight, and we are in it for the long run.

“We are stepping up our own military and economic support and convening a global alliance to bring this tragedy to an end, and ensure Ukraine survives and thrives as a free and sovereign nation.”