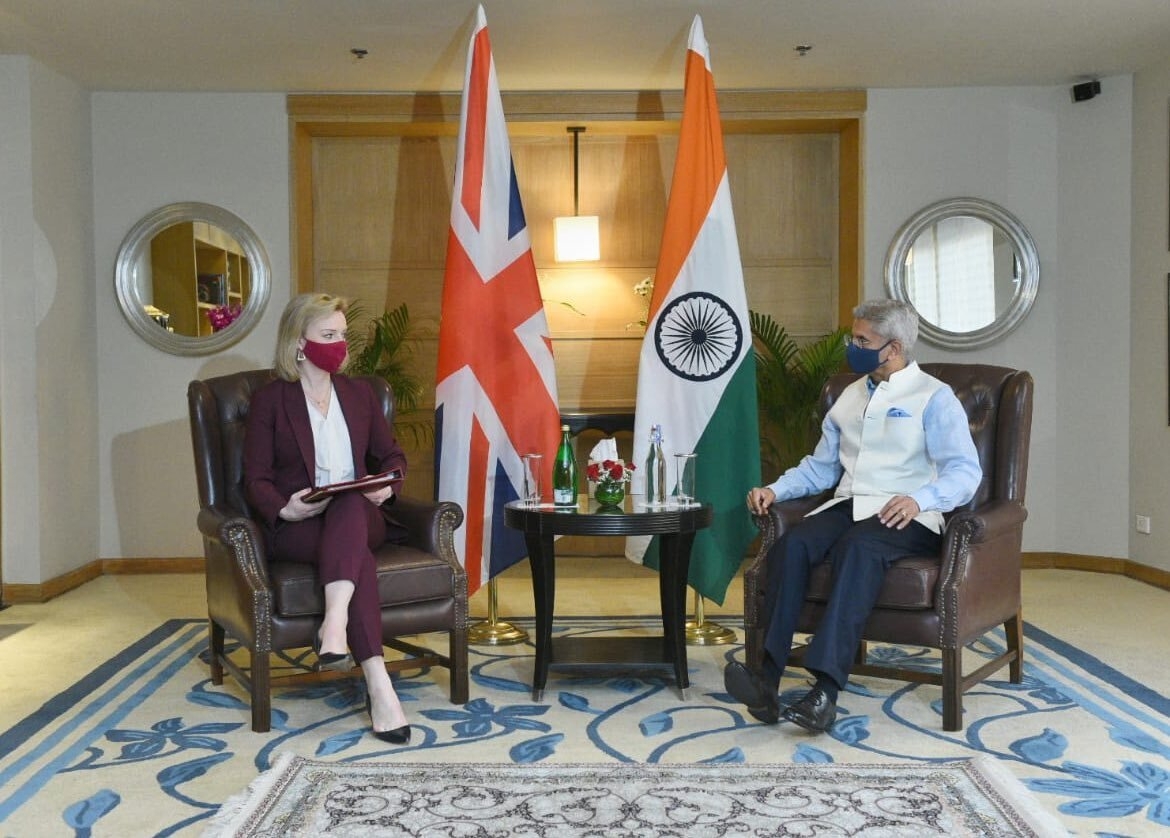 NEW DELHI (AP) — The foreign ministers of Britain and Russia are visiting India as Prime Minister Narendra Modi seeks to maintain ties with both Moscow and Western nations despite the worsening Ukraine war and humanitarian crisis.

Western countries are disappointed at India’s reluctance to condemn Russia’s invasion of Ukraine. India, which is locked in a two-year border standoff with China, is largely dependent on Russia for military supplies.

Truss said it was vitally important for freedom and democracy in Europe to challenge Putin’s invasion and ensure that he loses in Ukraine. “If he was able to have success in invading a sovereign nation, what message will that send to other aggressors?” she said at a separate meeting of the India-U.K. Strategic Futures Forum.

“The implication of this crisis is far-reaching. We are seeing global food shortages, energy shortages and security threatened. This to me highlights the need for like-minded nations to work together and for us to work more closely with India to strengthen our economic ties, security ties and defense ties,” she said.

She also called for tighter sanctions to check Russia’s ability to use gold reserves and oil and gas revenues, and said that next week’s meeting of the Group of Seven major industrialized nations will discuss a timeline for reducing energy dependence on Moscow.

Before leaving for New Delhi, Truss in a statement underlined the need “for free democracies to work closer together in areas like defense, trade and cybersecurity in the context of Russia’s unprovoked invasion of Ukraine.”

In January, India and Britain launched talks on a free trade deal that is expected to double their current $50 billion bilateral trade by 2030.

“Working together to realize Roadmap 2030,” Jaishankar tweeted after receiving Truss.

Truss and Jaishankar met hours before the arrival in New Delhi of Russian Foreign Minister Sergei Lavrov, who is to hold talks with Jaishankar on Friday in an attempt to prevent India’s military and trade ties with Russia from becoming a victim of the Ukraine crisis.