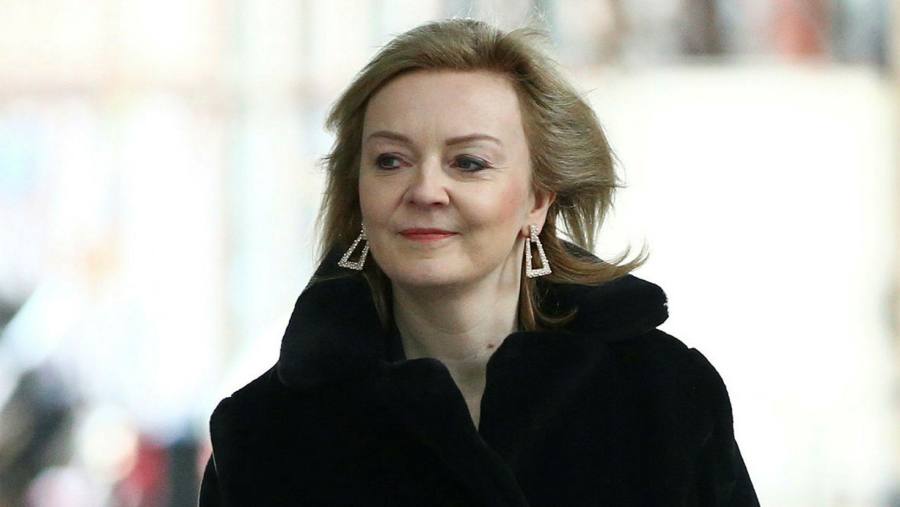 Russian oligarchs with links to President Vladimir Putin and who have UK investments will be hit by tough new sanctions if Moscow invades Ukraine, British foreign secretary Liz Truss will tell the House of Commons on Monday.

Truss on Sunday said she would set out legislation that would give Moscow notice of a “severe economic cost” for any incursion into Ukraine, by strengthening Britain’s ability to target Russian assets in the UK.

It comes as UK prime minister Boris Johnson has responded to the Ukraine crisis by offering Nato a further 900 troops for deployment in Estonia, which would double the size of the British force in the Baltic state that borders Russia.

Johnson, who is due to hold talks with the Russian president and visit eastern Europe this week, has also offered to dispatch fighter jets to Romania and Bulgaria and warships to the Black Sea.

Under existing UK rules, which reflect EU arrangements when Moscow annexed Crimea in 2014, Britain is only able to impose sanctions on those Russians linked to the destabilisation of Ukraine.

Under Truss’s new legislation, the government would be able to sanction “any individual and business of economic or strategic significance to the Kremlin”, according to UK officials.

“Currently, the economic sanctions are fairly narrowly drawn, so we could only target companies with a direct involvement in destabilising Ukraine,” Truss told Sky News.

“What we are looking to do is widen that, so any company of interest to the Kremlin and the regime in Russia would be able to be targeted, so there will be nowhere to hide for Putin’s oligarchs, for Russian companies involved in propping up the Russian state.”

Asked if the new law would allow the seizure of UK property owned by Russian oligarchs, Truss replied: “Nothing is off the table . . . What the legislation enables us to do is hit a much wider variety of targets.”

Pressed as to whether the proposed new sanctions would carry an economic cost to the UK, Truss said that “defending freedom and democracy” was more important than “short-term economic interests”.

Parliament’s intelligence and security committee said in 2020 that the City of London provided “ideal mechanisms” for the recycling of illicit finance, adding it had become a “laundromat” for offshore wealth.

A 2018 report by the House of Commons foreign affairs committee entitled Moscow’s Gold concluded: “The use of London as a base for the corrupt assets of Kremlin-connected individuals is now clearly linked to a wider Russian strategy and has implications for our national security.”

The National Crime Agency has estimated that money laundering costs the UK more than £100bn each year.

But last week it transpired that the government was not planning to include in the Queen’s Speech — which is due in May and sets out the programme of legislation — an economic crime bill designed to curtail abuse of shell companies and reveal the owners of offshore businesses that hold property in the UK.

Steve Goodrich, head of research at campaign group Transparency International, said there was an estimated £1.5bn of UK property bought with suspect funds from Russia.

He added: “If the UK government wants to show it’s serious about pursuing suspect Russian money entering the British economy they should include the economic crime bill in the Queen’s Speech. Failure to do so would give the impression that ministerial rhetoric is just hot air.”

“It’s nearly six years since the UK government first backed the idea of a register exposing foreign property owners, which would help put an end to Kremlin-linked oligarchs laundering their dirty money in our country,” she added. “Over 2,000 days on, the Conservative government has failed to introduce a register.”

Lord Francis Dannatt, the former chief of the general staff, told Times Radio that Johnson’s domestic crisis over government parties held in lockdown had weakened his ability to deal with the Ukraine issue.

“He will travel to wherever he’s going in eastern Europe this week, but everyone will know that he’s a man with a time bomb sitting under him,” he said.