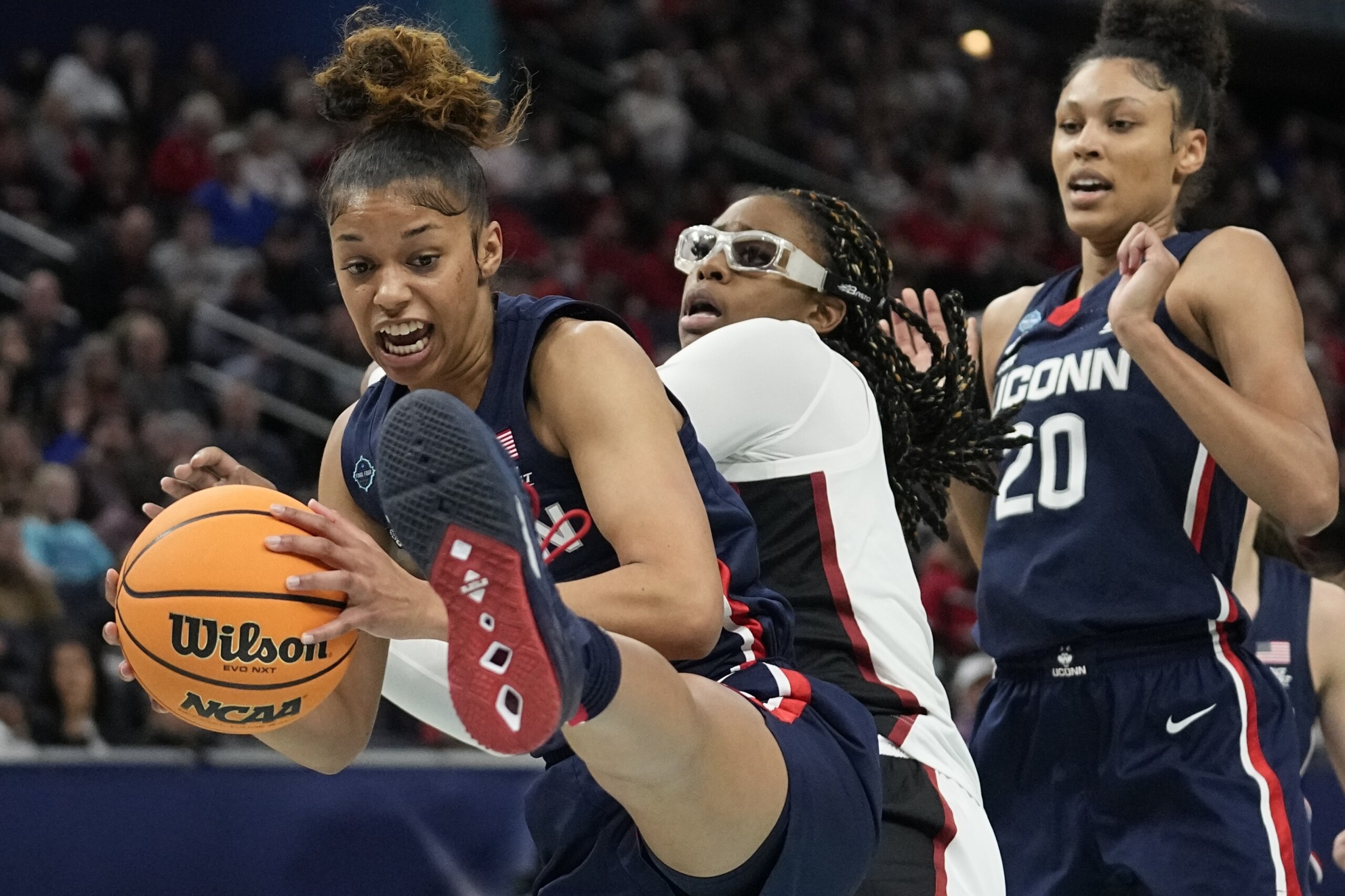 The Huskies will face South Carolina for the national championship on Sunday night. The Gamecocks beat the Cardinals 72-59 in the first game of the Final Four.

It’s UConn’s first trip to the championship game since 2016, when the Huskies won the last of four straight championships. Since then, the team has suffered heartbreaking defeats in the national semifinals, losing twice in overtime.

UConn (30-5) will be seeking its 12th national championship, and the Huskies have never lost in an NCAA title game.

They had to work to get to the finals. Leading by 52-44 with 1:26 left, Stanford made a furious rally thanks to a few costly UConn turnovers.

Cameron Brink’s layup with 18.4 seconds left got the Cardinal within 60-58. UConn was able to work seven seconds off the clock before Christyn Williams was fouled with 11 seconds left. The senior guard calmly swished both free throws to restore a two-possession lead.

Ashten Prechtel completely missed a tough contested 3-pointer from the wing with 5.4 seconds left and the Huskies held on for the win.