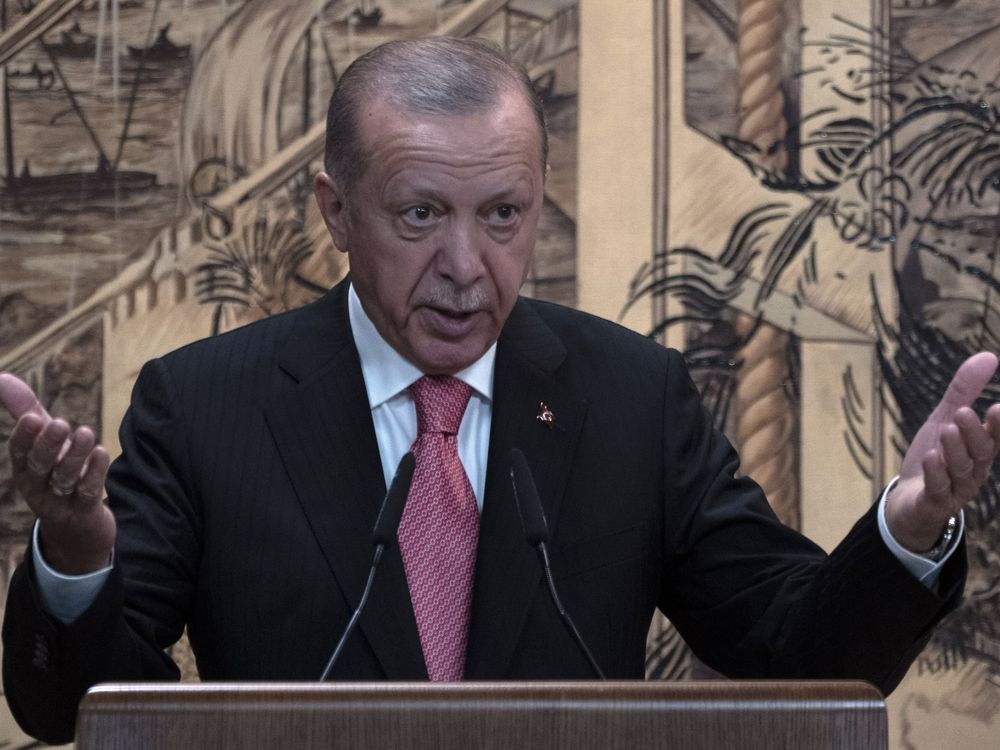 ISTANBUL (AP) — Turkish President Recep Tayyip Erdogan on Sunday criticized Greece for allegedly violating a settlement that has governed relations between the rivals for nearly a century.

In a statement released on the 99th anniversary of the Lausanne Treaty, Erdogan accused Athens of undermining the rights of the Muslim minority in Greece’s Thrace region. Muslims in Thrace make up about 32% of the province’s population and consist of ethnic Turks, Roma and Bulgarian-speaking Pomaks.

“The conditions registered in the treaty, especially the rights of the Turkish minority, have been ignored or deliberately eroded,” the nationalist leader said. “It is not possible for our country to accept this situation, which is incompatible with good neighborly relations and loyalty to the treaty.”

The 1923 treaty was signed by the new Republic of Turkey to settle disputes with the Allies, including Greece, following World War I and the Turkish War of Independence.

It outlined the rights of the remaining Muslim minority in Greece and Christians in Turkey after a bitter conflict between the countries, which was followed by a population exchange. It also set out conditions for Greek rule of the Aegean islands that lie off Turkey’s coast.

Ankara has recently complained that Greece has violated the treaty by militarizing the islands. Athens says it is acting according to international law and is defending its territory in the face of constant Turkish hostility.

On Friday, the Turkish Foreign Ministry condemned the closure of four Muslim minority schools in Thrace, saying it demonstrated “discriminatory and oppressive policies” by the Greek government.

The Greek Foreign Ministry rejected the “unsubstantiated” allegations, saying the schools were suspended because student numbers fell below minimum requirements.

NATO members Greece and Turkey have been at loggerheads for decades over a series of issues, including disputes over undersea exploration rights in the eastern Mediterranean and the sovereignty of uninhabited Aegean islets. The two neighbors have come to the brink of war three times in the past half century.