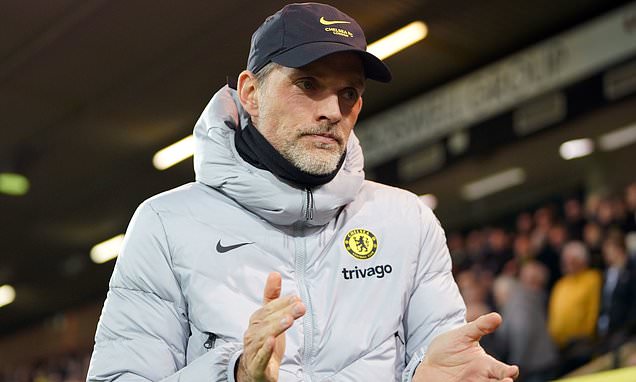 Chelsea manager Thomas Tuchel has blamed his team’s poor defense for the 4-1 loss to Brentford in Saturday’s Premier League at Stamford Bridge.

The Blues returned from the international break hoping to pick from their winning streak before the break.

After a goalless first half, Antonio Rudiger’s superb strike gave Chelsea the lead three minutes into the second-half.

However, the Bees responded with three goals in 10 minutes as Vitaly Janelt scored twice before Christian Eriksen netted his first goal for Brentford.

Yoane Wissa came off the bench and added a fourth for Brentford late on as Chelsea slipped to a fourth league defeat of the season, with their place in the top-four place now not so certain.

Speaking after the game with BBC Sport, Tuchel said; “Nobody saw it coming, especially after going 1-0 ahead.

“It was very untypical of us.

“But we stopped defending.

“We were not aware of enough of the danger, were sloppy with the defending and got punished.

“They made the most of it in those 10 minutes.

“Right after their third goal we had 10 minutes where we had big, big chances and we missed them.

“They were lucky and clinical enough to get three goals.

“We did not defend like it is needed to in the Premier League and got punished.’

The former Paris Saint-Germain manager added that they lost control for 10 minutes.

“It was a tough start for us which is also not the first time after an international break.

“We were OK in the first half and had a very good start to the second half and took the lead.

“Maybe we thought it was already done and we got punished in 10 minutes.

“We looked mentally tired which is normal after being around the world.

“After scoring we forgot we still had 40 minutes to play. I think it was deserved we took the lead.

“I did not have high expectations. We struggled and we found a way to be in the lead.

“We made life very complicated for ourselves because we stopped defending.”

The result is Brentford’s big upset in the west London derby, recording their first win over Chelsea since 1939 and moving closer to safety.