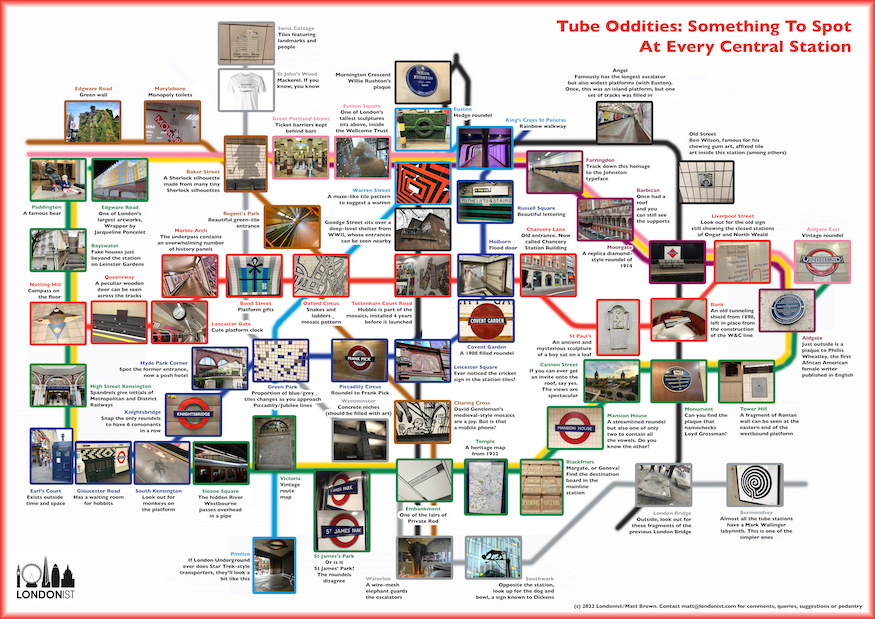 Tube Oddities: Something To Spot At Every Central Underground Station

Which tube station has a monkey on the platform? Or a snake?

It’s amazing what you can see on the tube. From a fragment of Roman wall visible from an underground platform, to a space-age image of the Hubble Space Telescope — there’s even a TARDIS outside one station.

This map collects together examples from all the central London tube stations. In almost all cases, the objects are within, or attached to, the stations themselves, though occasionally we’ve had to go a few paces down the street (see Bayswater) or into a mainline station (see Paddington).

The map could be used for an unusual family treasure hunt — or simply as a way to pick up some more trivia about the tube. We’ll bet even the Geoff Marshalls of this world won’t know all of these.

All images by Matt Brown/Londonist.