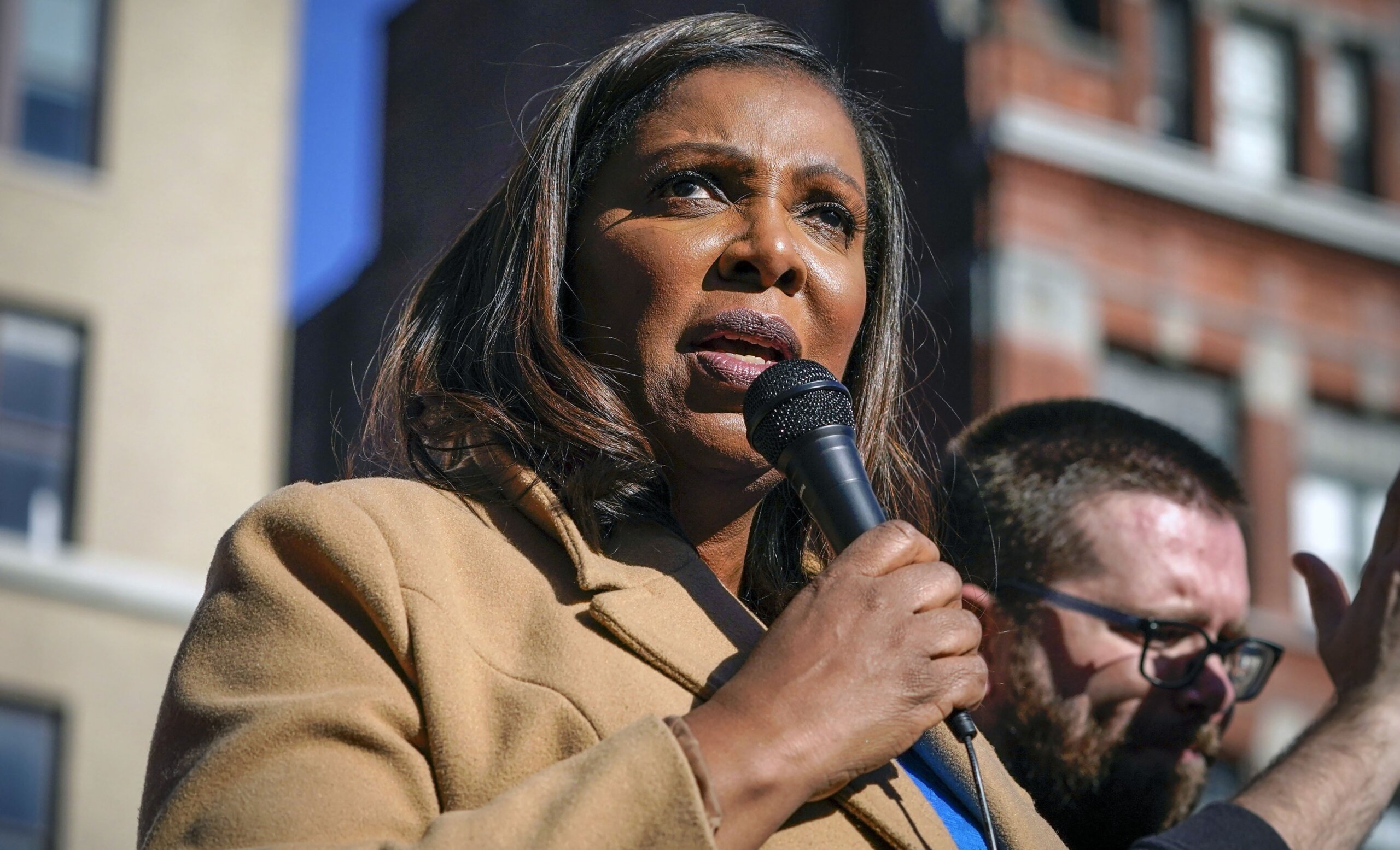 A judge said he plans to make a decision Thursday afternoon in President Donald Trump’s fight to avoid being questioned under oath in a New York investigation into his business practices.

NEW YORK (AP) — A judge said he plans to make a decision Thursday afternoon in former President Donald Trump’s fight to avoid being questioned under oath in a New York investigation into his business practices.

James, a Democrat, said her civil investigation has uncovered evidence Trump’s company used “fraudulent or misleading” valuations of assets like golf clubs and skyscrapers to get loans and tax benefits.

Judge Arthur Engoron will make his ruling in the wake of a two-hour hearing Thursday, where lawyers for the Trumps and James’ office spared over the potential legal ramifications of forcing the former president to testify. Whatever he decides is likely to be appealed.

Trump’s lawyers told Engoron that having him sit for a civil deposition now, while his company is also the subject of a parallel criminal investigation, is an improper attempt to get around a state law barring prosecutors from calling someone to testify before a criminal grand jury without giving them immunity.

“If she wants sworn testimony from my client, he’s entitled to immunity. He gets immunity for what he says, or he says nothing,” Trump’s criminal defense lawyer, Ronald Fischetti, said in the hearing, which was conducted by video conference.

If Trump were to testify in the civil probe, anything he said could be used against him in the criminal investigation being overseen by the Manhattan district attorney’s office.

Trump could invoke his Fifth Amendment right to remain silent in a deposition — something he’s criticized others for doing in the past. But Fischetti said if Trump did so, it could still hurt a potential criminal defense.

“If he goes in and follows my advice, which will be you cannot answer these questions without … immunity because that’s what the law provides, and take the Fifth Amendment, that’ll be on every front page in the newspaper in the world. And how can I possibly pick a jury in that case?” Fischetti said.

James wants her investigators to be able to question Trump and his two eldest children, both of whom have been executives in the Trump Organization.

A lawyer for the attorney general’s office, Kevin Wallace, told the judge that it wasn’t unusual to have civil and criminal investigations proceeding at the same time.

“Mr. Trump is a high profile individual, yes. That’s unique,” Wallace said. “It’s unique that so many people are paying attention to a rather dry hearing about subpoena enforcement. But the the legal issues that we’re dealing with here are pretty standard.”

Another Trump son, Eric Trump, and the Trump Organization’s finance chief Allen Weisselberg, have previously sat for depositions in the civil investigation — and invoked their Fifth Amendment rights hundreds of times when they were questioned by investigators in 2020.

Another lawyer for Donald Trump, Alina Habba, accused James of trying to use the civil investigation to gather evidence for the criminal probe.

She said the civil investigation should be stayed until the criminal matter is over, claiming James’ office is putting the Trumps “in a position where they either disclose evidence in a civil investigation or they have to invoke the constitutional right not to testify, thereby triggering an adverse inference in the civil action.”

“How is that fair, your Honor? We have to stop one,” she said.

Alan Futerfas, a lawyer for Ivanka and Donald Trump Jr., said during the court hearing that he had no reason to believe, so far, that either are targets of the district attorney’s criminal investigation.

In a statement Tuesday, Trump railed against what he called a “sham investigation of a great company that has done a spectacular job for New York and beyond” and a racially motivated “continuation of a Witch Hunt the likes of which has never been seen in this Country before.”

Habba argued at Thursday’s hearing that James is engaging in “selective prosecution” and “viewpoint discrimination” motivated by her political ambitions and disdain for the Republican former president, evinced by comments she made over the years about going after Trump.

“We have an extraordinary rare case where we can prove selective prosecution because she’s put her words out there so much and taken every opportunity to voice her vendetta against Donald Trump and his family to take him down,” Habba said.

Wallace noted the state attorney general’s office was investigating Trump-related matters as far back as 2013, including probes into his charitable foundation and a Trump University real estate training program that started long before James was elected.

In a court filing this week, James included a letter from Trump’s longtime accounting firm advising him to no longer rely on years of financial statements it prepared based on his company’s valuations, given the questions about their accuracy.

Last summer, spurred by evidence uncovered in James’ civil investigation, the Manhattan district attorney’s office charged Weisselberg and the Trump Organization with tax fraud, alleging he collected more than $1.7 million in off-the-books compensation. Weisselberg and the company have pleaded not guilty.

Engoron previously sided with James on other matters relating to the probe, including making Eric Trump testify after his lawyers abruptly canceled a scheduled deposition.

Engoron ruled immediately in that matter and ordered Eric Trump to sit for a deposition within 14 days.