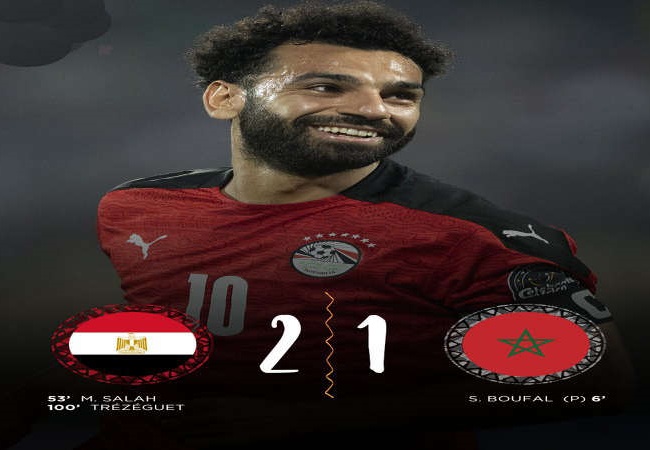 Mohamed Salah and Egypt have qualified for the semi-finals of the Africa Cup of Nations (AFCON) after they beat Morocco 2-1 on Sunday.

Achraf Hakimi was felled in the box by Ayman Ashraf after three minutes. It took several minutes for the referee to review VAR and then for the penalty to go ahead. But once in the lead they were untroubled in the first half by an Egyptian XI who struggled to break down Morocco’s defence, despite the expertise of manager Carlos Queiroz.

In the second half, Salah grabbed an equaliser from a defensive scramble in the box following a corner. But neither side could find a winner within regulation time.

Salah was at the heart of Egypt’s winner when he feinted past his marker down the wing before teeing up Trezeguet for a goal on 100 minutes, taking the seven-time winners into the semis.

Salah and Egypt played out the remainder of extra time without a scare. And the Pharaohs now face hosts Indomitable Lions of Cameroon in the semi-finals on Thursday.