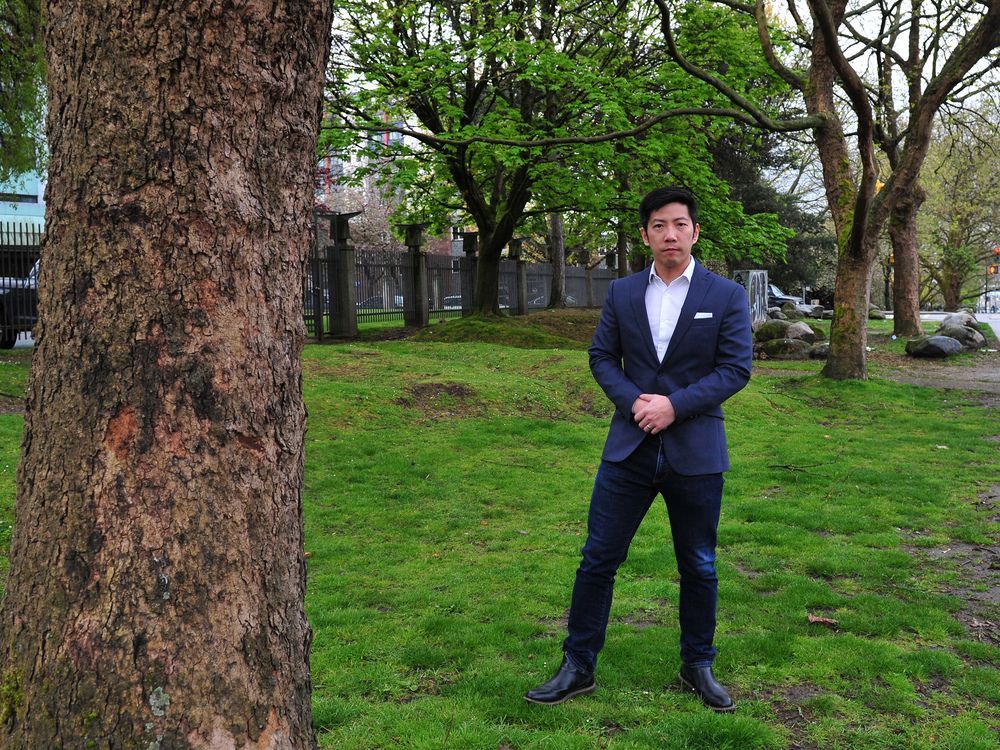 Re: Four trees stand in the way of building low-income housing for Vancouver seniors

The word “just” in the headline speaks volumes of how undervalued the city’s woody sentinels are. For decades, entire residential lots were stripped of all living things, especially trees, and except for the odd advocate voices in the wilderness, they were relegated to the chainsaw. At last the City is truly enforcing its tree policies and they are again challenged, this time for ‘ease’ of housing. Even the housing consultant says the plan can be changed but for probable further costs. I say that is the best and most logical answer.

Trees are so much more than an inconvenience — they are there to serve us all in a multitude of ways we are only just understanding.

Let the trees be

The four trees that the Chau Luen Society has asked to be removed could possibly stay where they are.

This is because the society owns a good sized parking lot on the opposite side of their building and part of it is rented out to a trucking firm.

Surely something different could be figured out to benefit everyone and let the trees be.

I cannot believe that city staff would reject a proposal for the expansion of the existing Chau Luen Tower for seniors because of “four trees that sit in a city-owned space just outside the property line” which should not be removed.

It seems that City staff placed more emphasis or importance on keeping those four trees than on providing affordable accommodation housing to more than hundreds of seniors in Chinatown. Where is their priority?

City politicians and staff keep talking about revitalizing Chinatown and bringing more people to live and work and shop in this historical quarter of Vancouver. Now, there’s an opportunity for the city to do something to make it happen but the staff is pouring cold water on it!

I hope the mayor and council will be successful in convincing their staff to approve this proposal and make it a reality soon!

On MAID, the voices of the suffers must stand out

There were four articles in The Vancouver Sun on May 3 — all on the topic of ‘mental’ illness: one was about Naomi Judd who appears to have taken her own life after suffering for decades with what is called ‘treatment resistant depression’ (which is as devastating as it sounds); two others reminded us that this is Mental Health Month which urged us, among other things, to end the stigma; and the fourth was the piece about MAID which ended with the line that Canada may be about to expand eligibility to people “whose only underlying condition is a mental illness.”

The first was tragic to read about, two others informative yet cautionary, and the third was a travesty, demonstrating a complete lack of knowledge about severe, chronic psychiatric illnesses.

For one thing, people who are afflicted by them are, at times, perfectly competent to make a decision about ending their lives.

True there may be times when they are truly ill, in the grips of a depressive or psychotic episode and are unable to make that decision rationally but it is so apparent when this is the case that no doctor would ever administer MAID.

However there are other times when they are ‘in their right minds’, completely rational but simply cannot face another inevitable episode.

For some, presumably like the beloved Naomi Judd who would not have had access to MAID, the only choice is suicide, which is a lonely, terrifying and still shameful death — so shameful that no one will use the word couching it with euphemisms such as the one Naomi’s daughters used “we lost of beautiful mother to the disease of mental illness”

It is right to strenuously debate whether severe, unrelenting psychiatric illness should qualify for MAID but only if the voices of those who suffer hold sway.

I am reminded of something a psychiatrist told me years ago which was that these illnesses are as painful as any physical illness, and in some way, even more so, in part because of the way the rest of us misunderstand and judge them.

Letters to the editor should be sent to sunletters@vancouversun.com. CLICK HERE to report a typo.

Is there more to this story? We’d like to hear from you about this or any other stories you think we should know about. Email vantips@postmedia.com