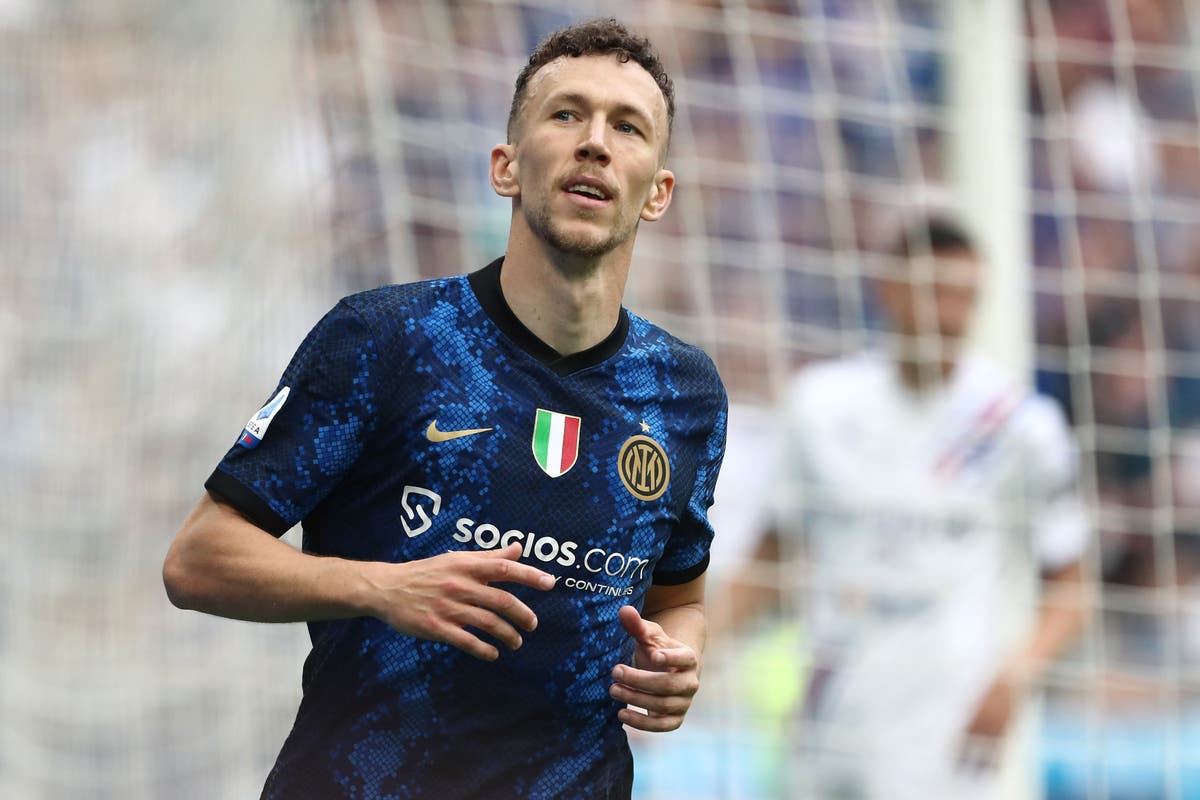 Tottenham are reportedly set to make Ivan Perisic one of their first signings following the news Antonio Conte will be staying at the club next season.

The Inter Milan star is said to have agreed terms on a deal for the Croatia star, who could follow Fraser Forster through the door.

Over at Liverpool, Jurgen Klopp hinted Sadio Mane could play a big role for another club next season amid suggestions Bayern Munich are keen on a move.

Frenkie De Jong is believed to have emerged as a key target for Manchester United and Barcelona could reportedly use any funds they get for the Dutchman in their chase of Robert Lewandowski.

Elsewhere, Arsenal and Chelsea are thought to be ready to get their summer plans underway with moves for Gabriel Jesus and Jules Kounde respectively.

Already, deals are being done. The window does not open until next week but, with Manchester City already having signed Erling Haaland and Kylian Mbappe staying at PSG, it’s time to play catch-up.

Follow all of the action LIVE below with Standard Sport’s transfer centre!

It appears as if Gabriel Jesus isn’t the only Manchester City star Arsenal are chasing.

Oleksandr Zinchenko, who played a starring role in City’s stirring comeback against Aston Villa on the final day, is – according to The Daily Mail – another target.

With City looking to freshen up their squad, Mikel Arteta is seemingly hoping to take advantage and lure the Ukraine international to the Emirates Stadium.

Edinson Cavani has issued a parting message to Manchester United supporters as he prepares to leave on a free transfer.

Cavani signed for United from Paris Saint-Germain in October 2020 and made a big impact in his first term at Old Trafford, scoring 17 goals in all competitions.

A series of injuries have limited Cavani to two goals in 20 matches this season with capacity crowds back in stadiums after the restrictions introduced during the COVID-19 pandemic.

“I wanted to contribute more this season,” Cavani, whose contract expires in June, said in an interview with the club’s website, said.

Jesus and Tielemans look the prime targets for Arsenal, but they have been linked with many others, writes Simon Collings.

In attack, Darwin Nunez, Dominic Calvert-Lewin, Jonathan David and Tammy Abraham have all been scouted, while in midfield they have also tracked Ruben Neves in the past too.

Marseille midfielder Boubacar Kamara will join Aston Villa on a free transfer this summer in what looks like a major coup for Steven Gerrard’s side.

The news, however, has not gone down well with some believing leaving his boyhood club who have qualified for the Champions League for a mid-table Premier League outfit shows a lack of ambition.

French pundit Jerome Rothen vented to RMC Sport: “I don’t understand. The Premier League is the best league in Europe, but it has five or six headliners. Aston Villa are among the second-tier teams.

“Does Aston Villa have any star players? No. So they’re not going to fight for the top positions in the Premier League. I’d be surprised if they end up in the top 10, so they have very little chance of playing in any European competition.

“An international player is going to commit himself to a team 14th in the English league? Kamara will play with Bertrand Traore and Morgan Sanson? Sportingly, he will have a hard time (reaching the next level) at Aston Villa.”

Aurelien Tchouameni has been linked with every top club going after his rapid rise this season.

Real Madrid, Liverpool and Chelsea all continue to be linked with the 22-year-old, who seems destined to leave AS Monaco this summer.

The France international, however, was remarkably coy on his future when asked about it by CNN.

“It’s funny. With my friends Benoit Badiashile and Djibril Sidibé , every morning they tell me: ‘Ah, you go to this club.’ And the next day, it’s another club. But it’s good to be in this situation. It means I’m in a good position. I’ve worked hard to achieve this, so that the best clubs want me.

“But in the end, it’s just social media… the most important thing is to be good in training and in the next game. We’ll see.”

The Belgian has endured a difficult season at Stamford Bridge and has been linked with a return to Italy, having previously spoken of his love for former club Inter Milan.

A £100m player and on huge wages, it remains unclear as to what club – if any – could afford him.

Alphonse Areola is expected to make his loan move from PSG permanent, leaving Moyes with a potential headache over who to make his No1, writes Malik Ouzia.

Should his wages prove a stumbling block, signing Nick Pope from relegated Burnley could be an alternative.

The club have held talks over Rennes centre-back Nayef Aguerd, while Nottingham Forest captain Joe Worrall is another option should the Championship side fail to win promotion in the Play-Off Final on Sunday.

The Hammers failed with a £50million bid for Kalvin Phillips in January and would have revived that interest had Leeds been relegated but the England international now seems destined for Manchester City. Southampton’s James Ward-Prowse has been linked and seems a more realistic target this summer, though he will not come cheap.

“We followed him, but there are many good players in that role.”

The 21-year-old has impressed on loan from Bahia and journalist Jorge Nicola suggests Liverpool have entered the race.

A versatile midfielder, Nicola said: “There is still no official proposal from Liverpool but there are conversations between the clubs.”

Jules Kounde continues to be linked with a move to Chelsea, with many marking him out as the first signing likely to be made under Todd Boehly’s ownership.

Fabrizio Romano claims they will soon make an offer, although Sevilla aren’t likely to accept anything less than 65m euros.