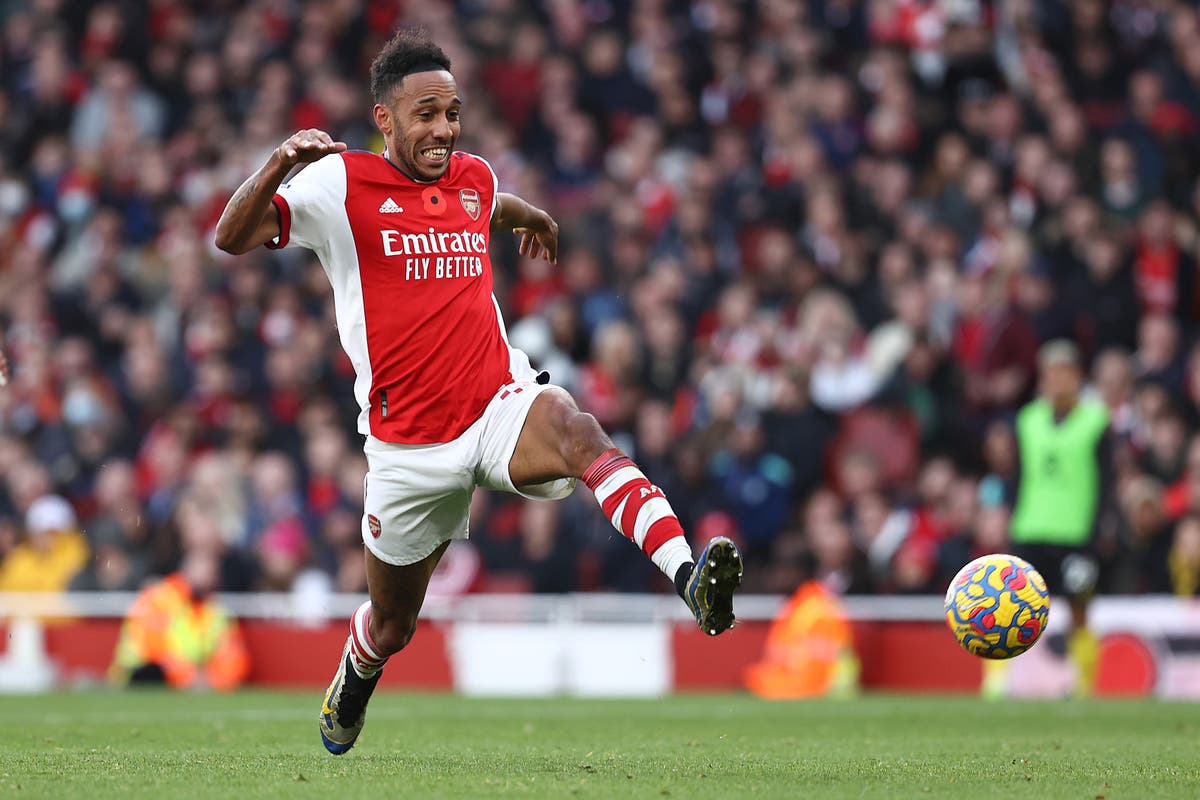 Deadline Day is upon us with Arsenal, Tottenham, Chelsea and Manchester United all linked with some intriguing late moves…

Tottenham are having a busy deadline day, with Juventus duo Dejan Kulusevski and Rodrigo Bentancur becoming the first signings of the Antonio Conte era, while Tanguy Ndombele has completed his return to Lyon on loan, Giovani Lo Celso has gone to Villarreal and Dele Alli is on the verge of joining Everton in a dramatic late deal.

Arsenal look increasingly unlikely to add to their ranks, despite reports linking them to moves for Alvaro Morata and Alexander Isak, but could see further departures.

Pierre-Emerick Aubameyang‘s proposed loan move to Barcelona is in doubt because of the Gabon man’s wages, while Eddie Nketiah’s future is also uncertain amid interest from Newcastle.

Ousmane Dembele has been linked with both Chelsea and Manchester United in recent days, with reports suggesting a move to PSG has broken down. Meanwhile, Kylian Mbappe is said to have decided to join Real Madrid.

Liverpool have already secured Luis Diaz, and are believed to have made a late swoop for Fulham’s Fabio Carvalho as Chelsea register an interest in Leeds ace Raphinha.

There are no incomings expected at Crystal Palace, with Donny van de Beek having joined Everton, while West Ham‘s hopes of re-signing Jesse Lingard are over, with Man United not willing to let him leave this month.

Newcastle are set to sign Brighton defender Dan Burn before the deadline but their move for Hugo Ekitike has collapsed.

In the other major done deals of the day, Manchester City have landed Julian Alvarez, Rangers are set to sign Aaron Ramsey on loan and Christian Eriksen has joined Brentford for six months.

Freddie Woodman has joined on loan from Newcastle, Nat Phillips until the end of the season from Liverpool, Siriki Dembele on a permanent deal from Peterborough, and Bournemouth have also brought in striker Kieffer Moore from Cardiff.

Aaron Ramsey has looked certain to leave Juventus all window, but it’s come right down to the final hours.

Reports suggest he has turned down moves to Newcastle, Crystal Palace and Burnley so far this month, but the Welshman looks to have sorted his new club.

Pictures show he has arrived at Ibrox as he finalises his move to Rangers, on loan with an option to buy.

Tanguy Ndombele left Lyon in the summer of 2019, and he looks very happy to be back in France after completing his loan move from Spurs…

Speaking of Fulham and Liverpool’s talks over Fabio Carvalho, it sounds as if they might have done a bit more business on the side because The Athletic are reporting that Wales international Neco Williams could be set for a late loan switch to Craven Cottage.

Dembele to stay at Barcelona

French outlet RMC are now reporting that Ousmane Dembele will not be joining that unnamed English club this evening and will remain at Barcelona.

There were reports earlier on of an enquiry being made by Chelsea but it all seemed a little frivolous so late in the day.

It’s all gone a bit quiet on this front, too, but there are reports to suggest that Liverpool are still in discussions with Fulham over a deal to sign Fabio Carvalho.

Transfer expert Fabrizio Romano says the Reds will hand the youngster a five-year-deal if they can agree a fee with the Championship side, who would get him back on loan until the end of the campaign.

Chelsea have been very quiet but…

The 18-year-old has been targeted by a host of Premier League clubs, with Brentford  among those linked.

A bid has now been made from a top flight club, with Chelsea believed to be leading the race for his signature.

Burstow was left out of Charlton’s squad for Monday’s game against Portsmouth, with manager Johnnie Jackson confirming: “A bid has come in from a Premier League club for Mason, so we’ve allowed him to go and chat with them.

“As far as I know nothing has been sort of done as yet, but obviously his focus was going to be elsewhere tonight, so we felt it best to let him go and have discussions and leave him out of the game.”

Brentford defender Luka Racic has left the club to join Danish side HB Koge on loan.

All signs are now pointing to this one getting over the line, with several outlets reporting that Barcelona and Arsenal have now agreed a deal which will see Pierre-Emerick Aubameyang head to the Nou Camp on a free transfer.

More as we get it but the expectation is the striker will have a medical tonight.

Good job he was in Barcelona on that family trip, ey?

This one’s come a bit out of the blue but Arsenal have made a signing!

Colorado Rapids defender Auston Trusty is to join the Gunners in the summer, having been immediately loaned back to the MLS side after agreeing a transfer today.