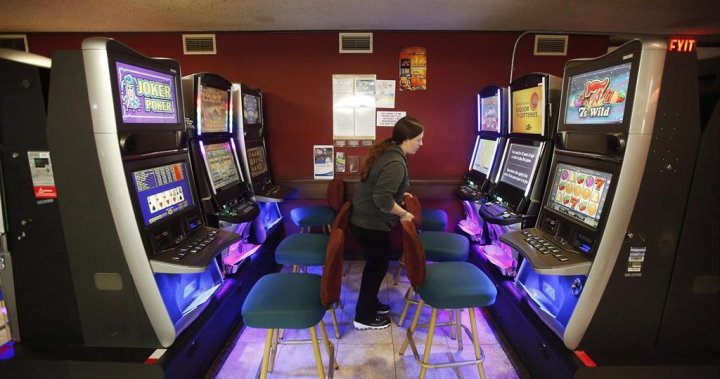 Coaldale is all in on video lottery terminals.

One of 10 municipalities that decided against introducing VLTs into its community when they were first introduced to Alberta in 1998, Coaldale town council has now decided to allow the machines after passing a bylaw on Monday.

To VLT or not to VLT? That’s the question for Town of Coaldale

Schmidt has been one of the loudest supporters of the bylaw. He believes the decision will provide a boost to local businesses.

“It’s only a portion of the business and an additional source of revenue — particularly in today’s world — and by small business, it’s well needed.”

Helping the local economy factored into council’s decision. Passing the bylaw in a 5-2 vote, several councillors mentioned the potential VLTs hold for businesses.

“If we can do something that’s going to help make sure these businesses stay — because we don’t know what the future holds,” Coun. Jordan Sailer said. “(If more public health) restrictions come back, who’s to say that our restaurants stay?

“If we can do something to help them to generate some more money, why wouldn’t we do it?”

Councillors Jacen Abrey and Bill Chapman voted against the bylaw, which saw plenty of discussion before the vote.

Chapman put forward a motion that would have put the decision on hold until a plebiscite asking the community if it would allow VLTs in Coaldale could be completed.

“Tabling this bylaw will allow the people to speak and exercise their voices on this matter as they’ve had in 1998 and in 2017,” Chapman said before the bylaw was passed. “And so while council has heard both sides fairly, it is our responsibility to step aside.”

Residents to vote on whether to end VLT ban in Coaldale

But the motion was voted down.

While VLTs are now legal, don’t expect Coaldale to be flooded with machines overnight.

“We need to now apply to… (Alberta Gaming, Liquor and Cannabis) and have our licence revised,” Schmidt said. “Optimistically, early May.”