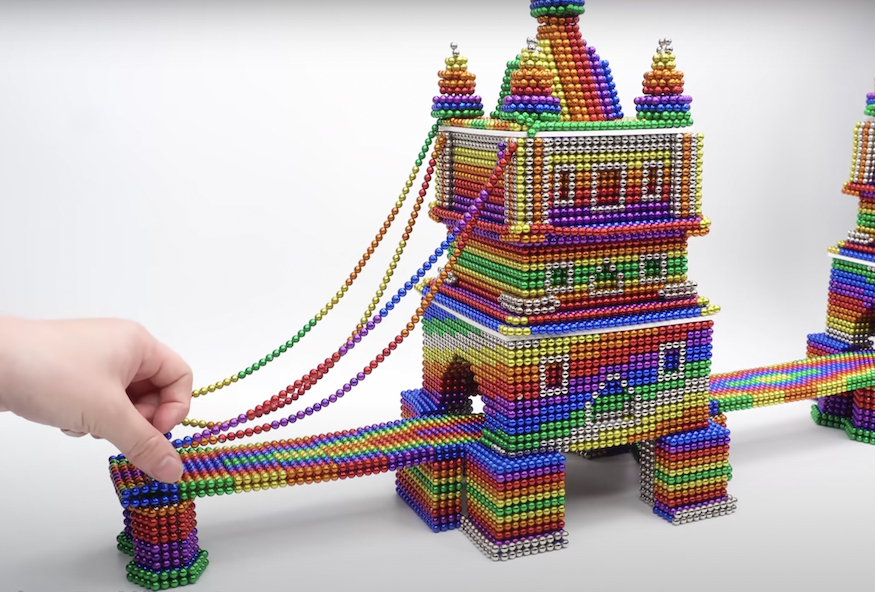 Magnet World is one of those YouTube channels that sucks you in with its simplicity. Someone makes models out of tiny magnetic beads. That’s it. But the combination of shiny colours and the clunk/click of bead blocks locking together is mesmeric, almost therapeutic.

The channel has racked up some 10.5 million subscribers. Who knew magnets could be so attractive?

Among the hundreds of builds are several London landmarks. Here, for example, is a chunky Tower of London as sparkly as the Crown Jewels…

And nearby, an impressive Tower Bridge, complete with magnetic cables.

How about Wembley Stadium, a temple to balls made out of thousands of tiny balls…

The channel also includes fictional London icons, such as the Knight Bus from Harry Potter.

Give the videos a try and marvel at how such wonders are built from a heap of tiny beads. Somehow it all just clicks together.