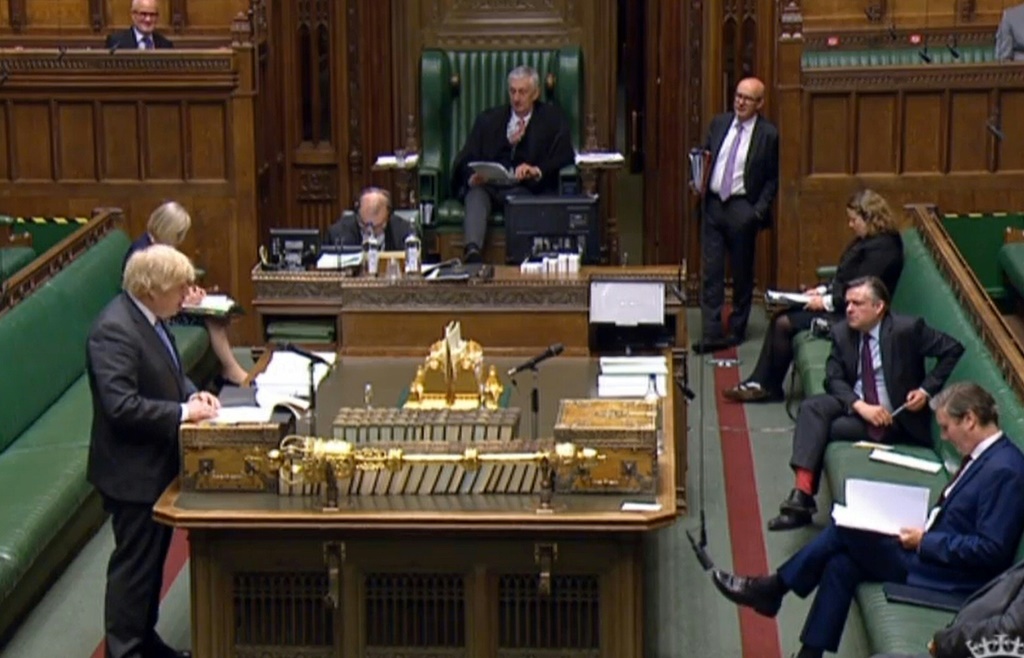 The revelations on Tuesday came after a group of female MPs met with chief whip Chris Heaton-Harris to file their complaints about incidents of sexism in parliament.

The incident reportedly occurred last week during a meeting of Tory MPs. Similar claims have been made by one more female Tory MP who alleged that she also saw the same man watching pornographic material inside the Commons but failed to capture video evidence.

Heaton-Harris has now asked that the matter be referred to Parliament’s Independent Complaints and Grievance Scheme (ICGS).

“Upon the conclusion of any ICGS investigation the chief whip will take appropriate action,” said a spokesperson for his office. Since the matter has been referred to the ICGS, the concerned person will not be named by Parliamentary authorities for months.

Meanwhile, a spokesperson from Prime Minister Boris Johnson’s office has said that the alleged behaviour was “totally unacceptable,” and that such allegations should be taken seriously.

Earlier, PM Boris Johnson had said that the ministers in question would face dismissal if misconduct claims against them turn out to be true. He had said that sexual harassment was “intolerable” and “of course… grounds for dismissal.”