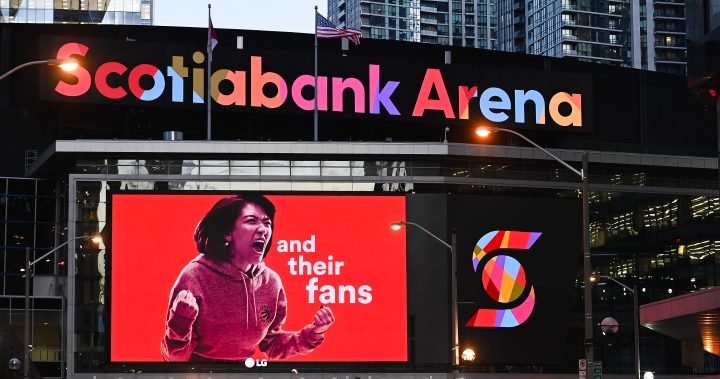 A deafening roar greeted the Toronto Raptors during the team introductions on Tuesday — a sound they hadn’t heard in two-and-a-half months.

The Raptors were permitted a full crowd of 19,800 at Scotiabank Arena for the first time since Dec. 13, after the Ontario government accelerated the lifting of restrictions.

“I think it’ll be great. I think (the fans) will be revved up. They oughta be,” coach Nick Nurse said before tipoff. “They oughta be ready to cheer really loud and have some fun and let loose a little bit.”

After a lackadaisical loss in January, Nurse had said playing in an empty arena “sucks.”

Tuesday’s pre-game festivities had a playoff vibe. Fans got free T-shirts. Muggsy Bogues did the ceremonial dimming of the lights.

The Raptors went from a few dozen friends and family members just a couple of weeks ago to a full house. The loosening of restrictions meant they could have have played in front of half capacity at Scotiabank the past two weeks — the Toronto

But with the NBA all-star break and a long road trip, the Raptors hadn’t played at home since Feb. 12.

The league’s most locked-down city, the Raptors were the only team to play in an empty home arena this season.

2:18
What’s next in Ontario’s schedule to remove public health measures?

What’s next in Ontario’s schedule to remove public health measures?

They’d returned to a full crowd when this season tipped off, after spending a season playing out of Amalie Arena in Tampa, Fla. But the crush of the Omicron variant saw the province go into another lockdown in December.

Ontario’s easing of restrictions meant no proof of vaccine was needed Tuesday. Fans, however, were required to wear masks when not eating or drinking.