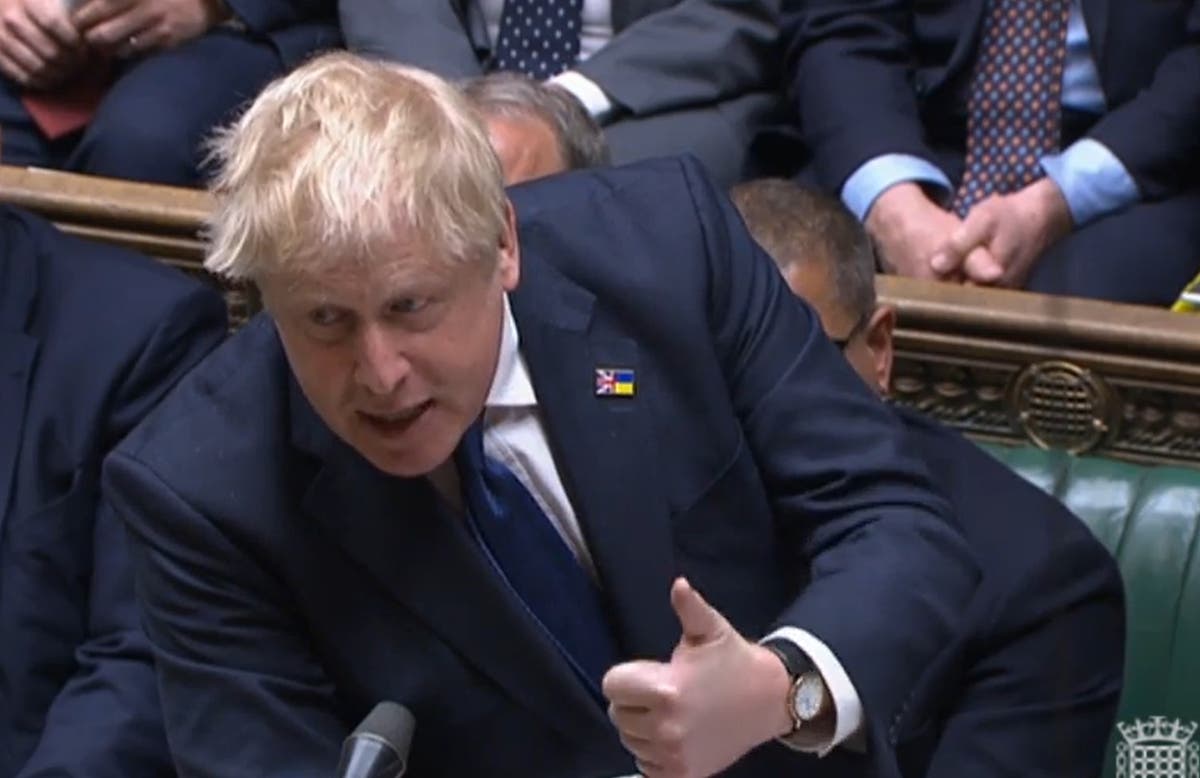 onservative MPs have been urged to back a parliamentary investigation into whether Boris Johnson misled the House of Commons on at least four occasions over the partygate row.

The Commons will decide on Thursday whether to ask the Privileges Committee to consider whether the Prime Minister’s conduct amounts to contempt of Parliament.

The motion, tabled by leading figures from seven opposition parties, says that the committee’s inquiry should not begin in earnest until the Metropolitan Police have concluded their own investigation into lockdown-busting parties in Downing Street and Whitehall.

Mr Johnson has already received one fixed-penalty notice for attending his birthday party in the Cabinet Room in June 2020 but is thought to have been at half of the 12 gatherings under investigation by Scotland Yard.

Tory MPs are expected to be ordered to oppose the Labour-led cross-party motion on Thursday, although the Prime Minister will not vote on it as he will be on an official visit to India.

Cabinet minister Michael Gove said on Wednesday that he would be voting against the move, calling it “unnecessary”.

Speaking at a conference on social housing hosted by the charity Shelter, the Levelling Up Secretary said: “There’ll be a vote in the House of Commons tomorrow. I’ll be voting with my Conservative colleagues because I think that the motion is unnecessary.

Opposition leaders urged Conservatives not to block the investigation into Mr Johnson’s actions.

Labour leader Sir Keir Starmer said: “We are urging Conservative MPs to do the right thing: To respect the sacrifice that their constituents made during the pandemic, to say that the public were right to follow the rules, and to vote in the national interest, not under pressure from the party whips.”

Liberal Democrat leader Sir Ed Davey said: “Conservative MPs should think carefully before voting to block an investigation into Boris Johnson’s lies. The public won’t stomach another Conservative stitch-up that drags our democracy through the mud just to protect one of their own.”

The motion suggests that comments “including but not limited to” four separate remarks in the Commons “appear to amount to misleading the House”.

The highlighted comments are:

– On December 8 2021, the Prime Minister told the Commons: “I have been repeatedly assured since these allegations emerged that there was no party and that no Covid rules were broken.”

– Also on December 8 2021, he said: “I am sickened myself and furious about that, but I repeat what I have said to him: I have been repeatedly assured that the rules were not broken.”

– Finally on the same date: “The guidance was followed and the rules were followed at all times.”

If the Government does oppose the motion, with a working majority of 75, it is unlikely that the Prime Minister’s conduct will be referred to the committee without a major Tory revolt.

Tory MP Sir Charles Walker, vice-chairman of the influential backbench 1922 Committee, said he would abstain on the vote and told the BBC: “If the fines keep racking up there is only so long that the Prime Minister will be able to lean on his party for support.”

The Privileges Committee has wide-ranging powers to investigate whether Mr Johnson misled Parliament, crucially including the ability to compel the release of reports, documents and photos linked to the partygate scandal.

If it found the Prime Minister’s conduct did amount to contempt by deliberately misleading the House then it could recommend sanctions – although it is unclear what penalties could be applied.

However, the ministerial code is clear that ministers who deliberately mislead the House are expected to quit.

One potential barrier to Tory MPs backing the motion was removed as Labour’s Chris Bryant, a prominent critic of the Prime Minister’s conduct, said he would recuse himself from chairing the Privileges Committee if the matter was referred to it.

Mr Johnson faced MPs on Wednesday at Prime Minister’s Questions and for the second day running clashed with Sir Keir about partygate.

In the Commons on Tuesday, Mr Johnson repeatedly apologised to MPs but insisted he had not believed a gathering in the Cabinet Room in No 10 to mark his 56th birthday had violated the regulations in place at the time.

At Prime Minister’s Questions he said: “I bitterly regret receiving an FPN (fixed penalty notice) and I apologised to the House.”

Sir Keir asked whether he would “actually accept that he broke the law”, to which Mr Johnson replied: “I’ve been absolutely clear that I humbly accept what the police have said, I paid the fixed penalty notice, and what I think the country and what I think the whole House would really rather do is get on with the things for which we were elected, deliver on our promises to the British people.”

Earlier on Wednesday, Labour deputy leader Angela Rayner stepped up the party’s call for Mr Johnson to quit over his “reckless and dangerous” approach to being in power.

She told Sky News: “We need a Prime Minister people have trust and confidence in.

“It is a red line – if the Prime Minister of this country believes they can break the ministerial code, lie to the British public and get away with it, then, frankly, all bets are off for our rules and democratic process.”

Business minister Paul Scully insisted Mr Johnson had not “knowingly” misled Parliament when he told MPs last year that there had been no breach of the rules and there had not been any parties.

However, he acknowledged that the situation had not been well-handled when the reports first emerged of the goings-on in Whitehall and that the public remained angry at what had happened.

“Clearly we didn’t deal with the ongoing situation (at) Christmas when partygate did start to become a thing; we didn’t handle it particularly well at that point communication-wise,” Mr Scully told BBC Breakfast.